While the Bollywood stars Sidharth Malhotra and Diana Penty walked through the ramp for ace designer Rohit Bal at a fashion tour of 2018, a special guest suddenly appeared on the ramp and left everyone amused.

However, it was not the two actors that stole the show with their perfect walk, but it was a dog that gatecrashed the event, that became the star of the night.

In the video, the stray dog can be seen walking down the ramp as the showstopper, Sidharth Malhotra begins his walk.

As the video starts, one can see the dog running around all around the stage before the authorities come in and escort it outside. Although the star seemed unfazed by the dog, the audience was left in splits after seeing it nail the ramp walk.

On the professional front, Sidharth Malhotra, who was last seen in ‘Aiyaary’, has an exciting 2019 ahead of him. He has two big films on the cards- one is ‘Jabariya Jodi’ with Parineeti Chopra and the other in ‘Marjaavaan’.

The shooting of ‘Jabariya Jodi’ had kicked off officially on August 20. Back then, some pictures featuring the two stars had also come out which shows them in a really desi avatar. 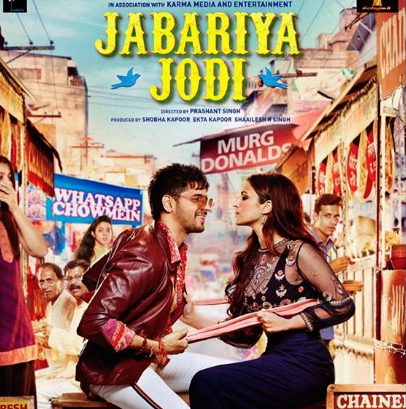 Sidharth’s character name was also revealed as Abhay whereas it turned out that Parineeti’s was Bubli. The actor had also revealed a while back that the film will come out on May 17, 2019.