A digital media website ‘Viral In India’, which claims to be in the top 200 websites of India on Wednesday, January 16, posted a story in regards to the Home Minister Rajnath Singh.

In the report, it states that Rajnath in a rally in Uttar Pradesh lost his cool on the public when they started hooting against him. 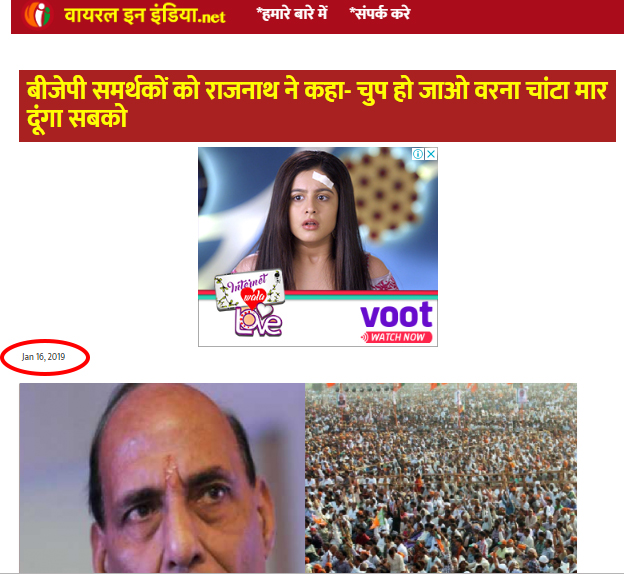 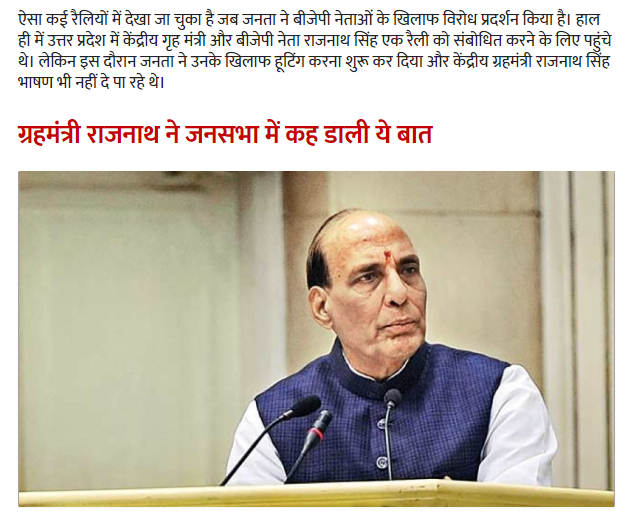 The report posted by ‘Viral in India’ also contains a video.

This video was uploaded by Mango News on June 9, 2016. When we searched for the report, we found several media reports, all dated June 2016. 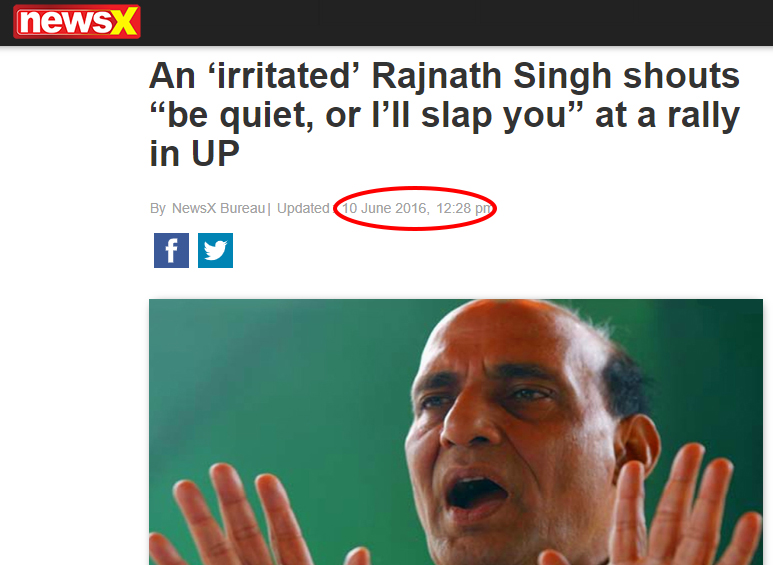 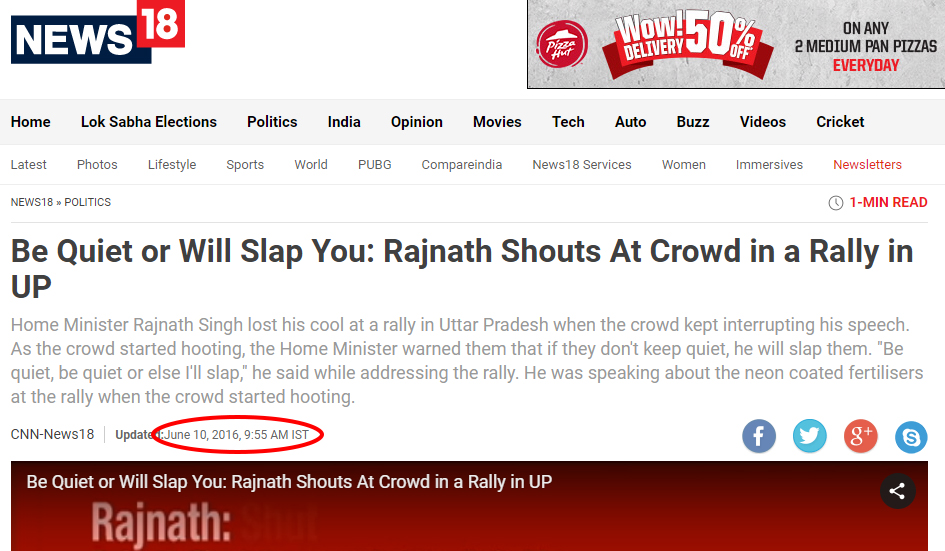 Not just that but Viral in India also posted this story back in 2017, with the headline – Public was Not Interested to Listen Rajnath Singh, So He THREATENED Them To “SLAP”. 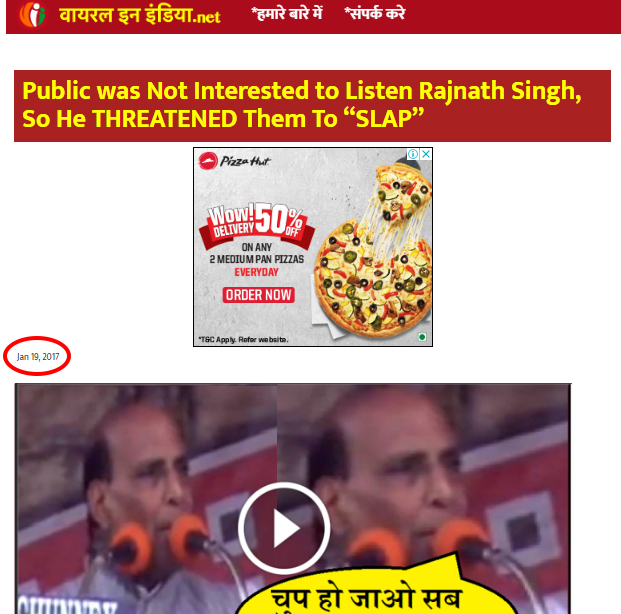 Rajnath Singh was attending a rally in Mau in Uttar Pradesh when the crowd started shouting and kept on interrupting his speech.

Though the video is accurate, the report in ‘Viral in India’ is misleading as it leads people into believing that event occurred recently.