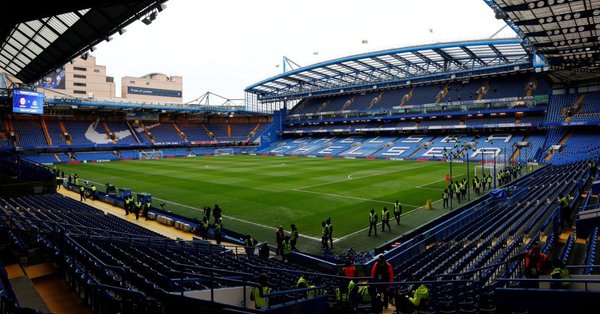 UEFA on Tuesday confirmed that disciplinary proceedings have been opened against Chelsea based on the report submitted by the ethics and disciplinary inspector who looked into the case.

“Based on the report submitted by the UEFA Ethics and Disciplinary Inspector commissioned to conduct an investigation – according to Article 31 (4) of the UEFA Disciplinary Regulations (DR) – in relation to the alleged racist incidents that occurred at the aforementioned match, UEFA has announced that disciplinary proceedings have been instigated against Chelsea FC in accordance with the Article 55 of the DR.”, a statement from the club mentioned.

Chelsea’s supporters were alleged to have slurred racial chants at MOL Vidi FC during the match held in Hungary which ended in a draw.

Addressing the issue at that time, the club had termed the incident as ‘abhorrent’ while adding that those involved in the incident have ‘shamed the club’.

“Antisemitism and any other kind of race-related or religious hatred is abhorrent to this club and the overwhelming majority of our fans. It has no place at Chelsea or in any of our communities. We have stated this loud and clear on many occasions from the owner, the board, coaches and players,” goal.com quoted the club, as saying.

“Any individuals that can’t summon the brainpower to comprehend this simple message and are found to have shamed the club by using antisemitic or racist words or actions will face the strongest possible action from the club,” the statement added.

The racial charges levied will be judged in UEFA’s next meeting which is scheduled to be held on February 28, which is seven days after the club’s Europa League last-32 game against Malmo at Stamford Bridge. That means, that differing from the rumours, Chelsea will not be forced to close part of their stadium for the Malmo game, but Uefa could still impose a partial stadium ban for a future European game.