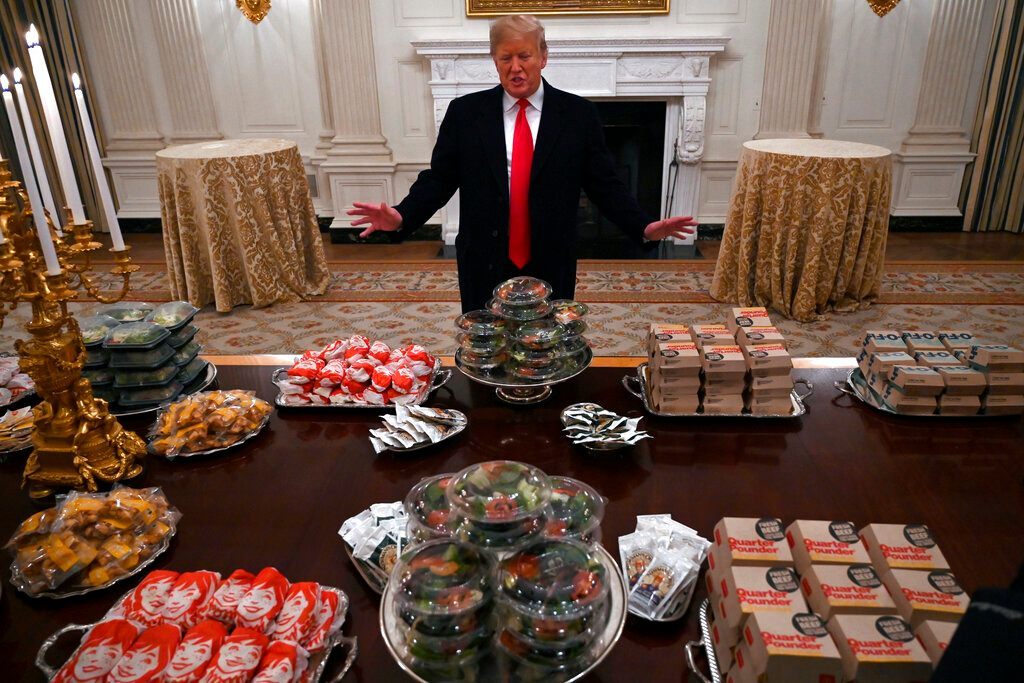 Following the US government shutdown which affected White House residence staff and other officials, President Donald Trump personally ordered in an ‘all American’ feast of burgers and pizza on Monday for a visiting football team.

“Because of the shutdown, as you know… we went out and we ordered American fast food paid for by me,” Trump said, as he prepared to host the Clemson Tigers university players to celebrate their national championship win.

#Repost @abcnews ・・・ “The reason we did this is because of the shutdown.” Pres. Trump followed through on his plan to serve Clemson Tigers football team a collection of fast food as the national champs visited The White House on Monday. #donaldtrump #clemson #nationalchamps #whitehouse #shutdown #fastfood

“I think they’d like it better than anything we could give,” Trump added, after landing back at the White House following a day trip to New Orleans.

“We have pizzas, we have 300 hamburgers, many, many French fries, all of our favourite foods — I want to see what’s here when we leave because I don’t think it’s going to be much,” he said. 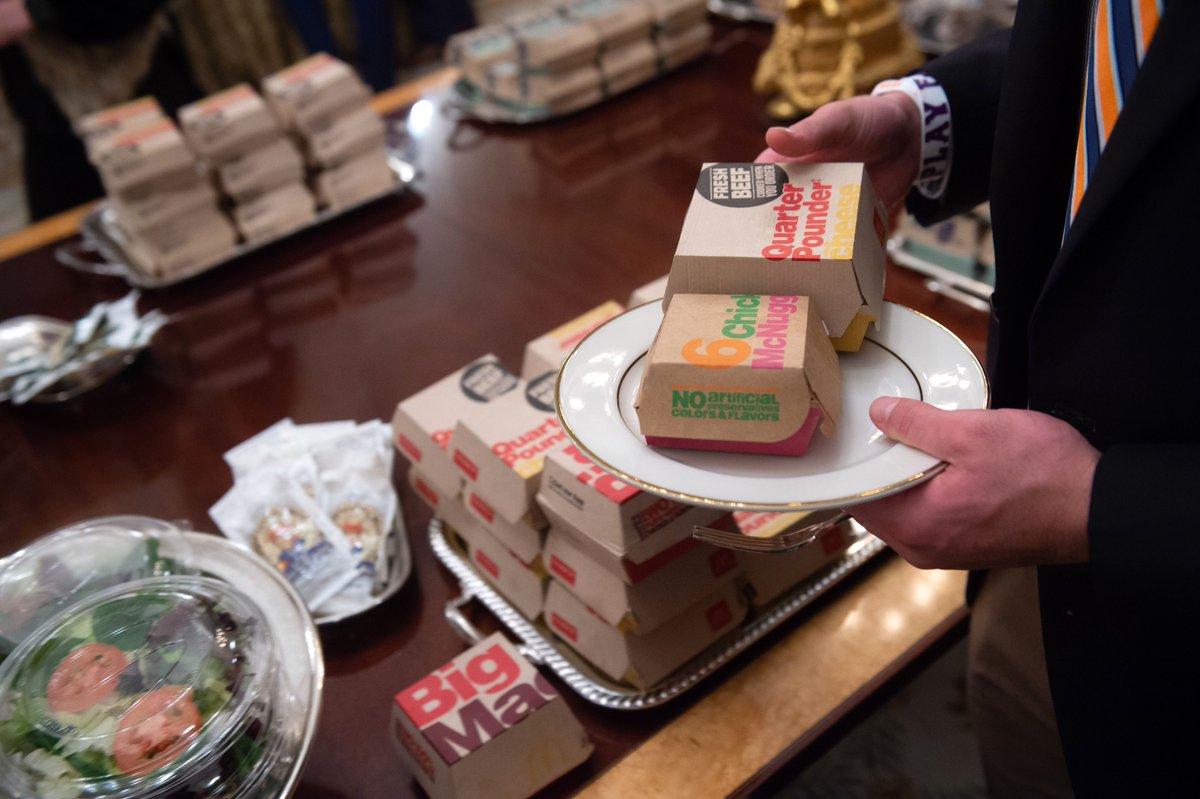 Asked to name his own favourite fast food — as he stood smiling behind the gargantuan spread — Trump demurred, insisting: “I like them all.”

“If it’s American, I like it. It’s all American stuff.” 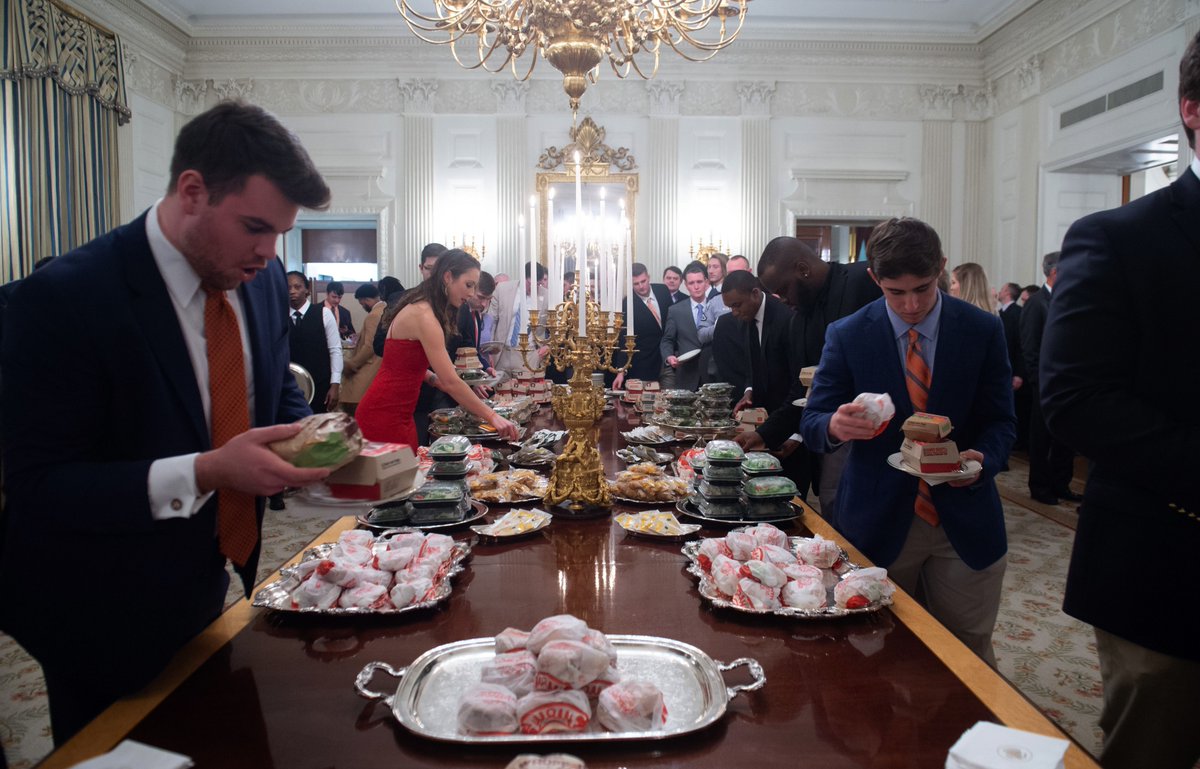 “The reason we did this is because of the shutdown,” he added. “We want to make sure that everything is right, so we sent out, we got this.” 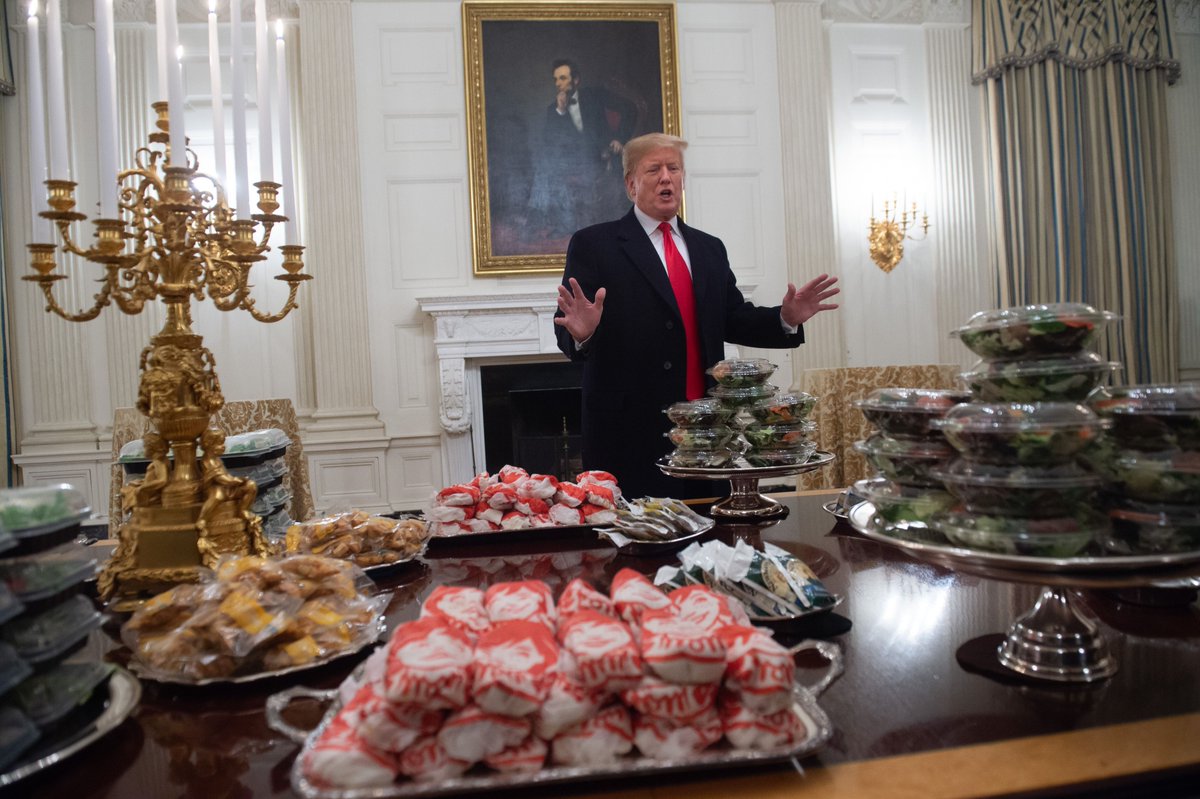 Around 800,000 federal employees — including much of the White House residence staff — have been on mandatory leave or working without pay for 24 days as Donald Trump and Congress wrangle over funding for a wall on the southern border.