The political drama in Karnataka got a new twist on Tuesday after two MLAs of the Congress-JD(S) coalition withdrew support to the H D Kumaraswamy government.

In separate but identical letters, the lawmakers said they were withdrawing support extended to the coalition government of the Congress and the JDS with immediate effect. 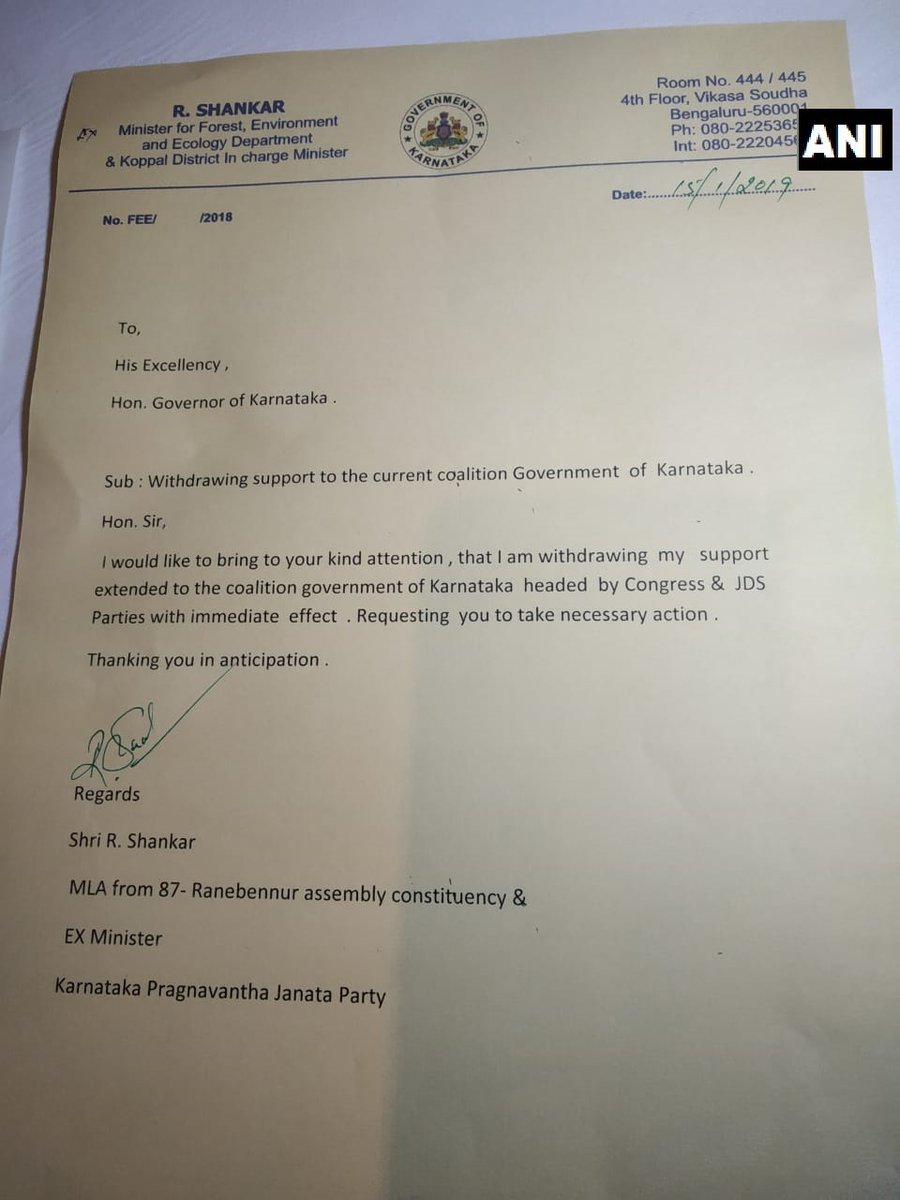 ALSO READ: All you need to know about Karnataka MLA poaching politics 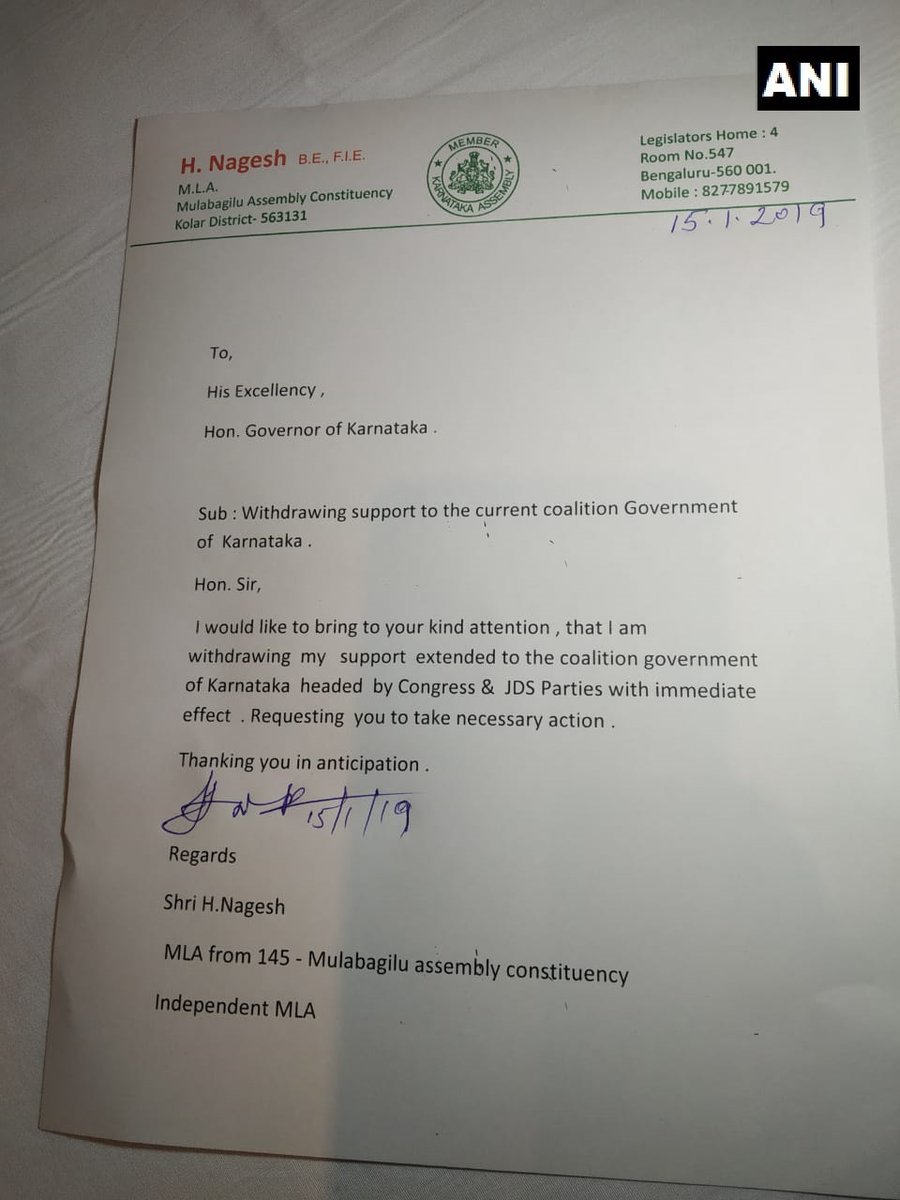 The MLAs, who are now staying in a Mumbai hotel, requested the governor to take ‘necessary action.’

H Nagesh told ANI “My support to coalition govt was to provide good&stable govt which utterly failed. There’s is no understanding among coalition partners. So, I decided to go with BJP to install stable govt & see that govt performs better than the coalition.”

Both the Congress and the BJP have been accusing each other of trying to lure legislators.

The BJP MLAs are presently camping in Gurgaon, amid reports that some Congress and Independent MLAs are staying at a hotel in Mumbai.