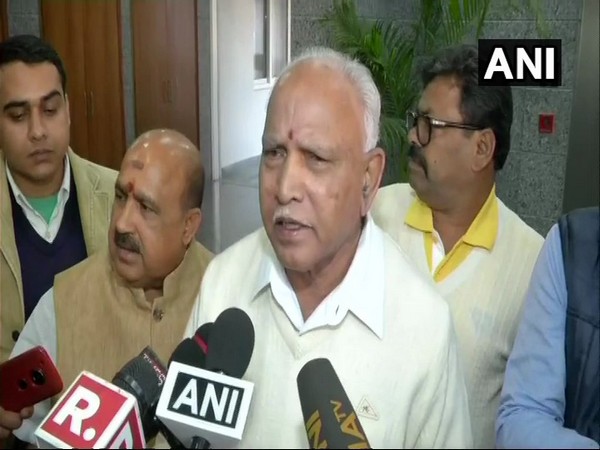 BJP has camped all 104 party MLAs in Gurugram in Haryana along with its state unit chief BS Yeddyurappa, fearing poaching by the Congress and the JD-Secular.

The charges of horse-trading were triggered after three Karnataka Congress MLAs visited Mumbai earlier on Monday, reportedly along with some BJP MLAs. This was followed by the Congress alleging that the BJP was trying to poach the ruling party’s MLAs to destabilise the JDS-Congress alliance government in Karnataka.

Refuting the charges, BJP’s Yeddyurappa told media persons here: “There is no truth in all these rumours. Kumaraswamy is himself trying his level best to contact our MLAs, by offering ministership and money. That is why we are together here (in the NCR). We are not in touch with any of their MLAs. We are only focused on keeping our MLAs energised. We will stay here for one or two days.”

BJP leader further said: “It is the responsibility of the Congress-JDS to keep their MLAs together and “our party has nothing to do with three Congress MLAs going to Mumbai.”

“We are not interested in forming the government at all. They have an absolute majority. If they lose the majority, we will try our best to form the government,” Yeddyurappa said.

Speaking to media persons earlier in the day in Bengaluru, Karnataka Chief Minister HD Kumaraswamy accused Yeddyurappa of fabricating stories, adding that there is no need for the Congress-JDS alliance to poach on any party’s lawmakers.

“Yeddyurappa is manufacturing stories. It is not necessary for me to poach the MLAs of BJP. I have sufficient numbers of MLA to run the government,” Chief Minister Kumaraswamy said.