A couple from Ahmedabad has gone viral for seeking BJP votes and defending the Rafale deal in their wedding invitation card.

The wedding card carries interesting details of the Rafale deal with a headline referring to “Keep calm and trust NAMO”. 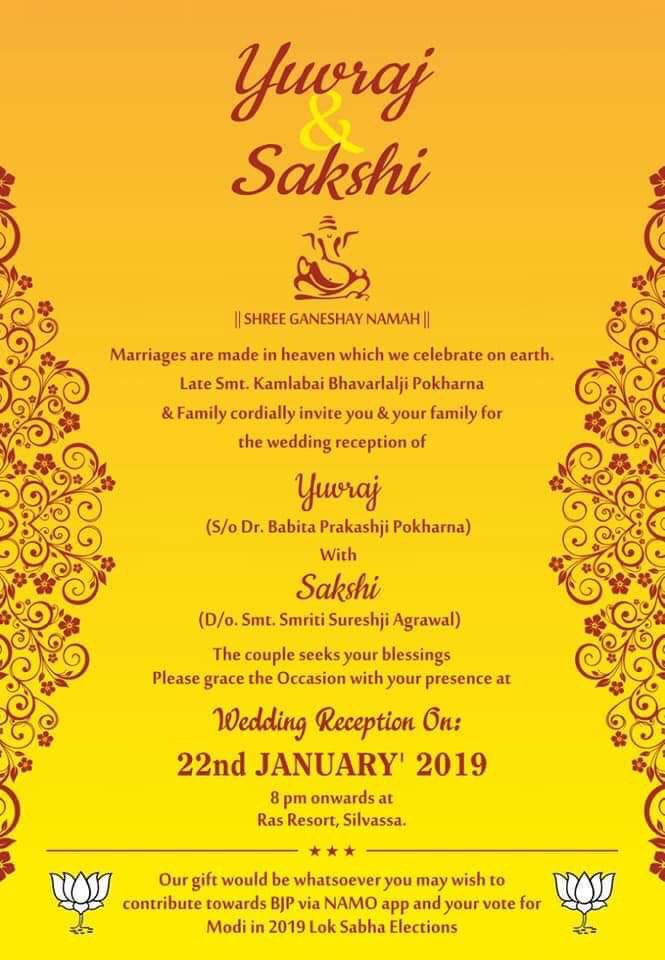 The card carries 9-point facts concerning the Rafale deal, which counters the views presented by Congress President Rahul Gandhi. “Even a fool will not compare prices of a simple flyaway aircraft with a weaponised jet”, says the wedding card. 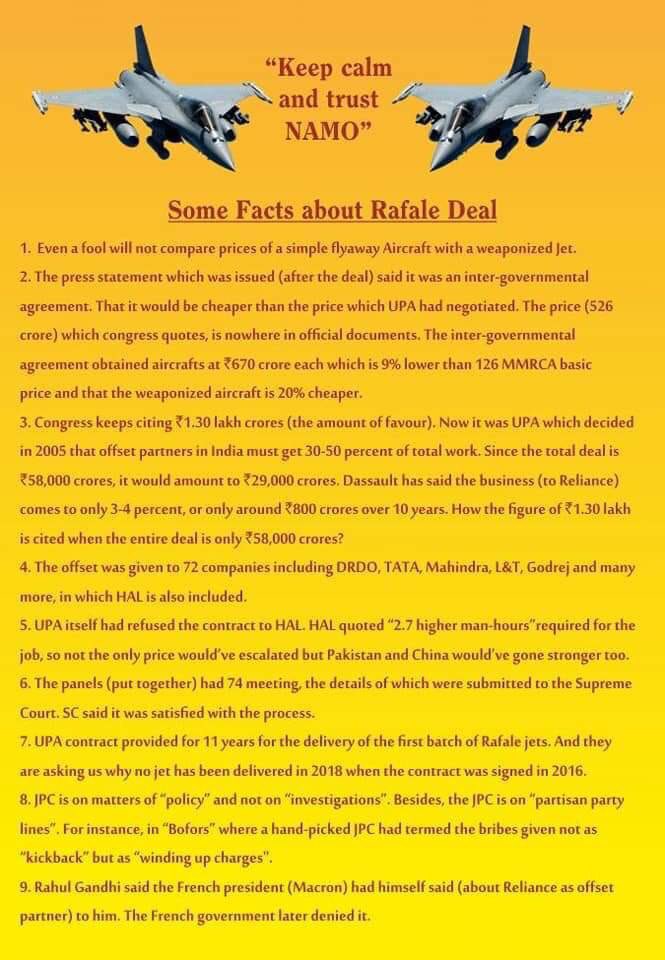 It also gives reasons for Reliance Defence being chosen for the offset contract, the cancellation of an earlier deal fixed by the United Progressive Alliance (UPA), and why a joint parliamentary committee cannot be allowed to conduct an investigation into the matter.

The couple, Yuvraj and Sakshi, requested the guests to vote for the BJP in the upcoming elections and also asked for a monetary donation on the party’s app.

“Our gift would be whatsoever you wish to contribute towards BJP via NAMO app and your vote for Modi in 2019 Lok Sabha elections,” read the footer note.