Alok Verma did not say that Modi is the ‘most corrupt Prime Minister in India’; it’s FAKE ! | Newsmobile
Saturday, November 26, 2022

Home Home Slider Alok Verma did not say that Modi is the ‘most corrupt Prime...
ShareTweetGoogleWhatsappPrint
Mail

On January 11, 2019, CBI chief Alok Verma submitted his resignation from service, a day after he was removed from his post by a high powered committee.

The three-member selection committee headed by PM Modi removed Verma from the post and transferred him. However, he declined the position and submitted his resignation.

Soon after a claim started circulating on the social media that Alok Verma in his resignation said that PM Modi is the most corrupt Prime minister of India. 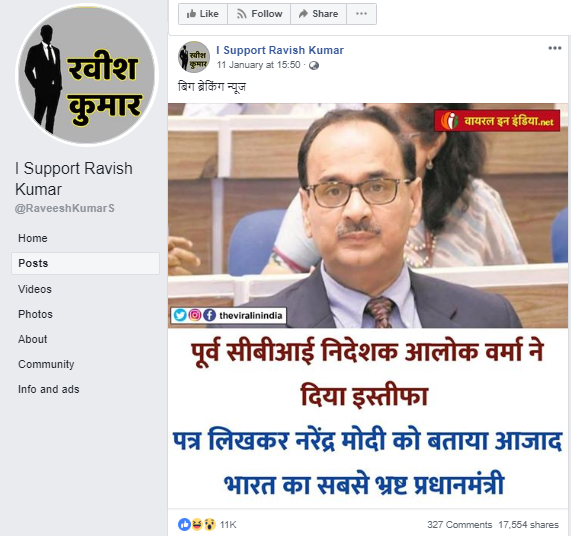 NewsMobile did a report on Alok Verma’s resignation from the service, and on carefully examining the report we found out that Prime Minister Modi was not mentioned in his resignation at all.

And here is the copy of the letter that was submitted by Alok Verma. 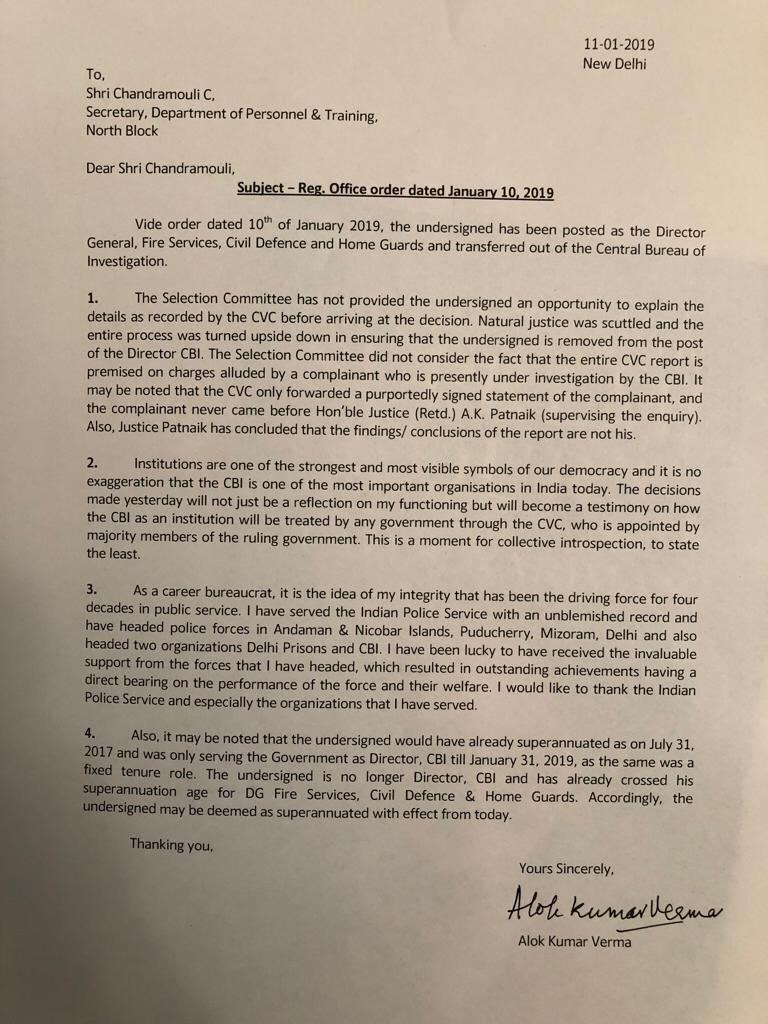 The picture of Alok Verma that is posted by I Support Ravish Kumar also has a logo of ‘Viral in India.net.

Previously, we have also busted misleading news by this.

Protesters throw eggs at Amit Shah’s convoy; this news is not from 2018!