This is what PM Modi has to say about Vicky Kaushal starrer ‘Uri’ | Newsmobile
Monday, October 3, 2022

Home Music & Entertainment Bollywood This is what PM Modi has to say about Vicky Kaushal starrer...
ShareTweetGoogleWhatsappPrint
Mail

Prime Minister Narendra Modi has watched this Friday’s release ‘Uri: The Surgical Strike’ and is impressed by the movie. The PM conveyed his thumbs up to the team of the war drama for the effective portrayal of the turn of events regarding the Surgical Strike, leaving the director and the lead actor Vicky Kaushal overjoyed.

It was during PM Modi’s stint that the Surgical Strike, considered among the most important operations by Armed Forces in recent times, that were carried out on September 29, 2016. The term refers to Indian army’s attacks in Pakistan-occupied Kashmir (PoK) against suspected militants following the attacks in Jammu and Kashmir’s Uri town.

On the PM’s praise, Aditya Dhar, the director of the movie, exulted, “It’s an overwhelming and proud feeling to know that the Honourable Prime Minister Narendra Modi who led the entire mission – one of the most important events in the history of Indian army has seen the movie. He has appreciated the way the turn of events have been depicted and showcased well on celluloid right from the terror attacks on our Army camps in URI to Indian Army’s Surgical Strike in POK. It’s a huge honour for me and everyone involved in the film to get this response from our prime minister.” 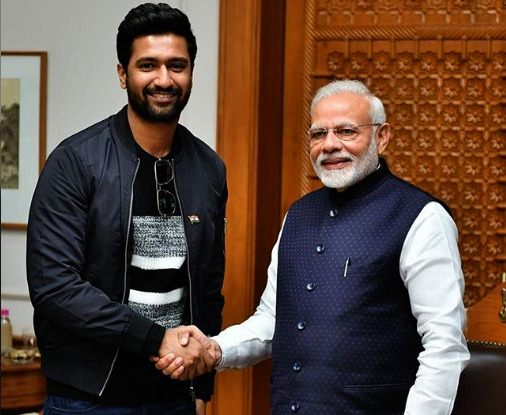 Vicky was recently a part of the delegation that had met the Prime Minister for an interactive session related to the film industry. The duo spoke about ‘Uri: The Surgical Strike’, and the actor was delighted after knowing that PM had liked the movie.

Apart from the PM, the movie is being unanimously lauded by critics and celebrities. From the research in developing the screenplay and its execution to the performances by the actors, there were outright praises for the film.