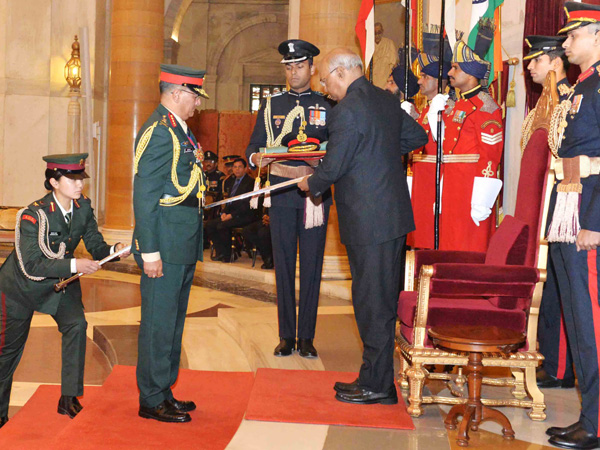 President Ram Nath Kovind on Saturday conferred the honorary rank of General of the Indian Army on Purna Chandra Thapa, the Chief of the Army Staff of Nepalese Army.

The honour was given to him at a special Investiture Ceremony held at the Rashtrapati Bhavan.

“In recognition of his commendable military prowess and immeasurable contribution to further fostering the long and friendly association with India, the President of India is pleased to confer the honorary rank of the General of the Indian Army on General Purna Chandra Thapa,” reads the citation.

General Thapa assumed the command of the Nepali Army as Chief of Army Staff on September 9, 2018.