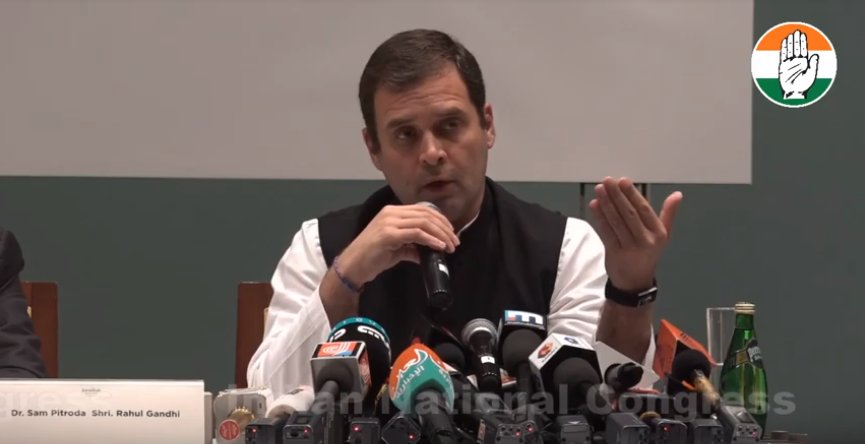 Congress president Rahul Gandhi on Saturday declared that his party would contest the coming Lok Sabha elections with ‘full force’ in Uttar Pradesh.

Rahul’s comment came after SP-BSP announced a tie-up to take on the BJP in Uttar Pradesh in 2019 General elections. Congress was expected to be a part of the alliance.

Rahul Gandhi while addressing a press conference in Dubai said that “BSP and SP have made a political decision,” adding that the Congress Party will contest the polls in UP with all its might.

ALSO READ: ‘The Chowkidaar won’t stop, this is just the start,’ says PM…

SP and the BSP will contest on 38 seats each while the other two seats will be left for other parties. Both the parties have also decided not to field any candidates from the Gandhi family stronghold – Amethi and Raebareli.