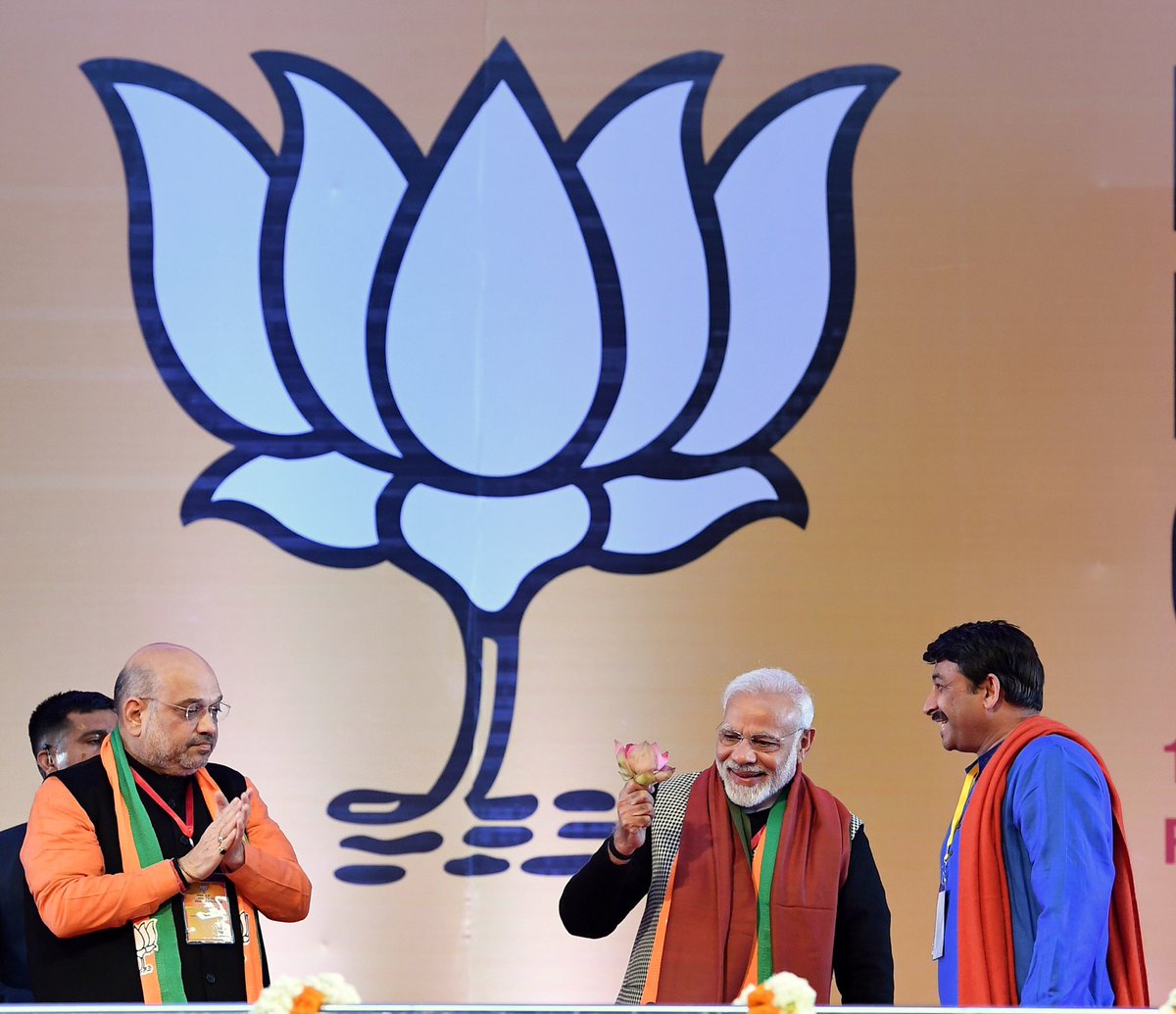 Speaking at the National Executive meeting at Delhi’s Ramlila Maidan on Friday, party chief Amit Shah said that BJP backs the demand for a Ram temple in Ayodhya.

“The BJP wants Ram Mandir at the same spot. We are duty bound to build the temple and still are. It is the Congress that is causing hurdles in the process. But we are trying to expedite the case which is currently tabled in the Supreme Court” he said.

Delivering the inaugural address of the two-day National Executive meeting, Shah said that expressed confidence ahead of the upcoming Lok Sabha elections, He said that the 2019 general election is a  ‘decisive battle’with an opposition that had come together only to defeat Prime Minister Narendra Modi.

“The 2019 election is very much important for the people of the nation, says BJP chief Amit Shah. We will win in the upcoming election,” he said.

Speaking on the Reservation Bill, he said ” Two major decisions have been taken in one week. Quota Bill’s passage is a historic move. India’s youth needed quotas. On behalf of all volunteers, I would like to congratulate Prime Minister Narendra Modi.”

“Traders who accept composition plan with turnover of up to 1.5 crore will have to pay only 1% tax. This is a big decision for millions of small businessmen and small industries, ” Shah said on composition plans.

“There is no leader as popular as Narendra Modi in the entire world, ” the BJP president said.

“Once upon a time, it was the Congress versus all. But, now, it is the BJP versus everybody else, why? It is because they know that removing Prime Minister Narendra Modi is impossible. This is an acceptance of Modi’s might,” Amit Shah said.