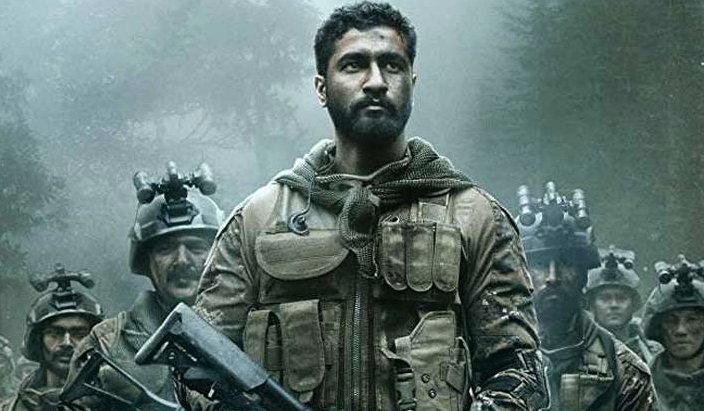 When the cinema hall at the end of the movie reverberates with applause, war cries and slogans of Jai Hind, you can well imagine how the movie must be!

This movie is based on the covert surgical strikes done by the Indian army on the terrorist base camps in POK on September 28, 2016. The operation was to retaliate their strike on our army camp in Uri.

The movie written and directed by debutante Aditya Dhar is an extremely riveting watch that absorbs you emotionally, keeps your adrenaline pumped up and makes sure you feel the patriotic surge.

The story opens in 2015 with an attack on our army convoy in eastern India followed by a retaliatory attack by the army on the terrorist camps. So you are hooked from the word go.

Right from the opening scene, you realise that cinematography ( Mitesh Mirchandani) and the soundtrack ( Shashwat Sachdev ) go hand in hand in creating just the right atmospherics (especially the ambush scenes).

ALSO READ: WATCH: Vicky Kaushal’s URI gets a perfect shout out from B-Town…

The background score deserves a special mention. The song “Challa (Mai lad Jaana) is amazing and gives you the goosebumps effect.

The combats, the covert operations, the night shots, the battlefield sequences are very well projected and engrossing. The action is by Stefan Richter.

The editing by Shivkumar Panicker is absolutely slick. The pace is relentless.

There are plenty of emotional scenes that are aimed at being tearjerkers. The scene when the child of a martyred officer gives an emotional war cry on his coffin or when his wife pines for him with his well worn shirt , would rouse you to tears and make you go through what these brave families go through. 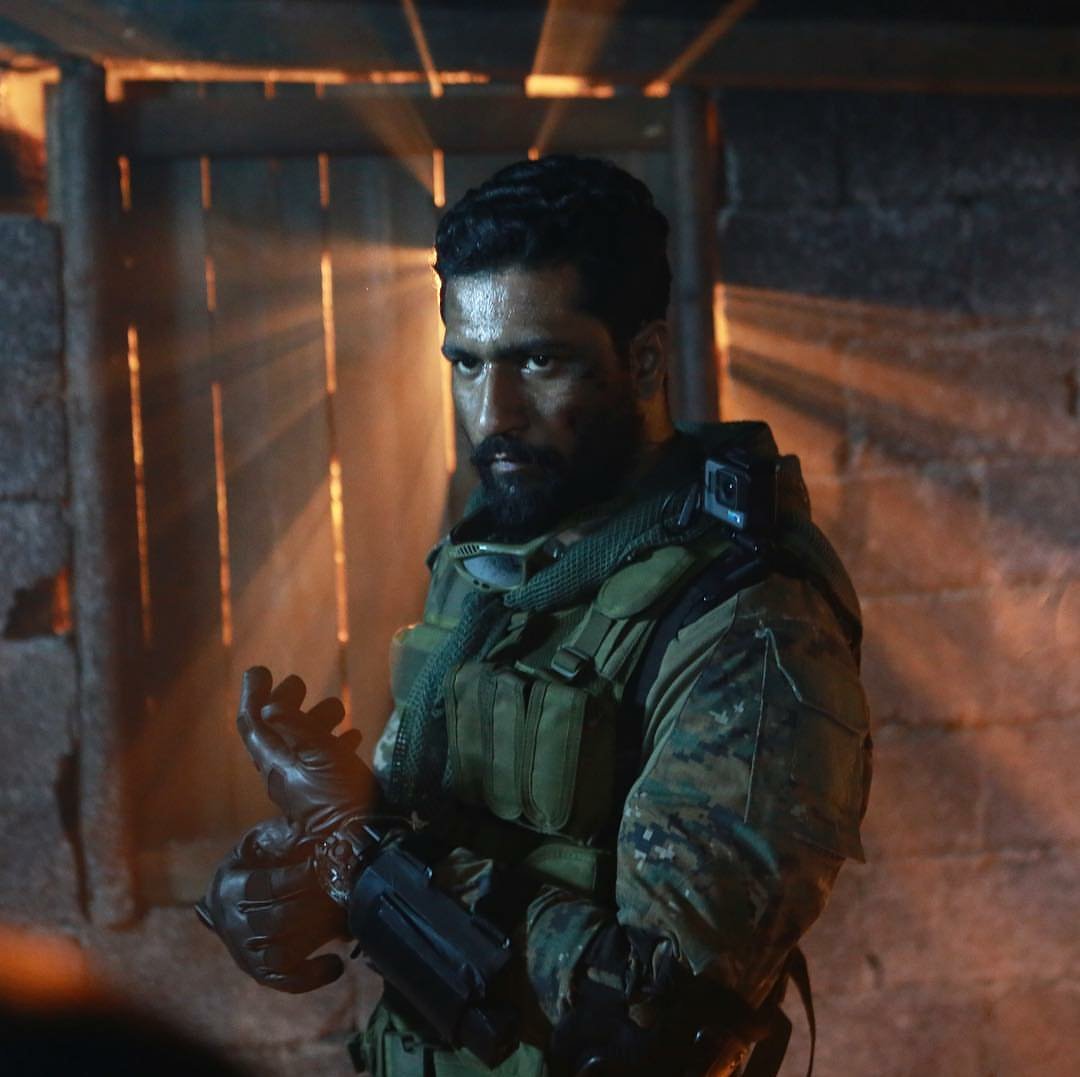 Major Vihaan is a highly coveted officer of the army, revered by his team and has a reputation of being a very good planner and executioner of operations who always brings back his team victorious without casualty.

He has some challenges in his personal life , with a mother who suffers from Alzheimer’s for whom he takes a deputation away from the action. The Uri strike challenges him back to action and he leads the team for the surgical strikes.

Performance wise, its Vicky Kaushal through and through. He gives a very credible performance and is very good in the subdued emotional scenes.

The only negatives that could be pointed out in this very engrossing movie are that at some points, it takes a few cinematic liberties to add unnecessary drama. The authenticity of the plot did not require that dilution. Some sections might also find that the present govt has been shown in pompous light. Let’s take it in our stride that commercial cinema sometimes tends to tilt, more so to rev up the drama rather than earn brownie points.

But do not let that part of political angle mar your cinematic experience.

Overall, the movie is highly recommended. It keeps you completely invested and engrossed, tugs you emotionally, keep your heartbeats high, rouses your patriotism and pride and most important of all, portrays the bravery of our defence forces.