With general elections round the corner, Delhi Chief Minister Arvind Kejriwal is facing a lot of backlashes as a video has gone viral on Social Media in which he is in a car, speaking to the camera with his speech appearing to be stammering. Adding to which it was claimed that Kejriwal is drunk in the one-minute long video.

A YouTube channel ‘Nation News Agency‘ uploaded the viral video which was viewed by over 2,500 people. 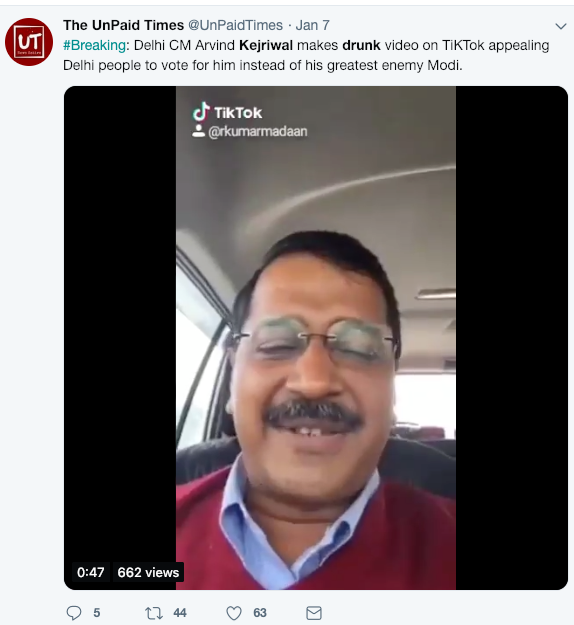 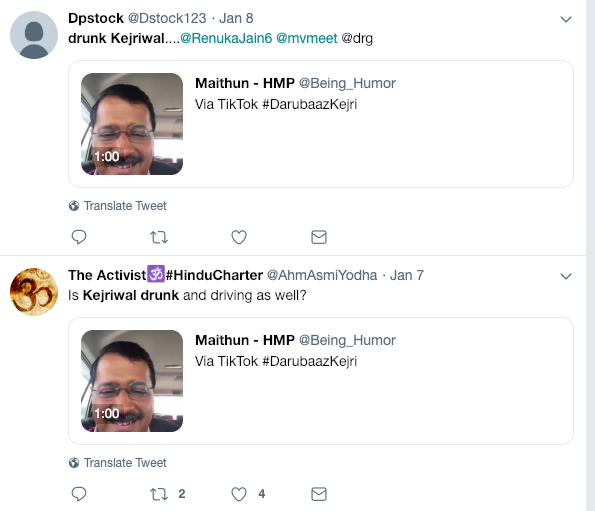 ALSO READ: FAKE Alert: Owaisi didn’t write to the UN about threat to…

On Fact Checking Kejriwal’s viral video, NewsMobile found out that the video is morphed and the claim attached with the video was FAKE.

The original video was posted by Delhi Chief Minister Arvind Kejriwal on his verified Facebook page 2 years ago.

He posted the live video on January 29, 2017, when he was campaigning for his party in Punjab ahead of the assembly election which took place that year.

As you can see, in the above video Kejriwal doesn’t seem drunk and he looks in his senses. In the viral video, the original video has been slowed down which makes Kejriwal sound drunk.