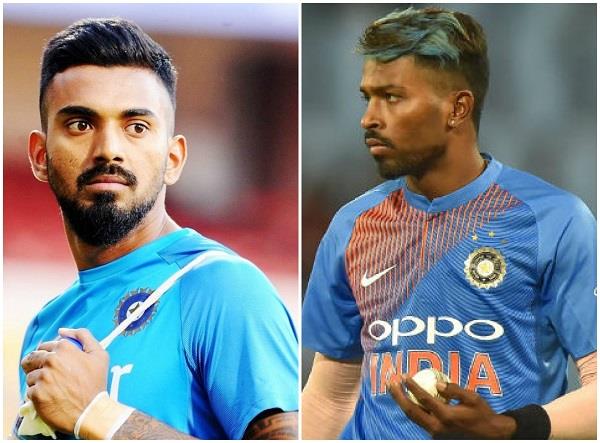 Hardik Pandya and KL Rahul have been suspended pending an inquiry into their controversial comments on women in a popular celebrity chat show. The suspension also rules them out of the ODI series against Australia starting on Saturday.

Both the players will now return to India where Inquiry & proceedings will be made against them for misconduct initiated under Rule 41 of BCCI Constitution, ANI reported.

“You are hereby suspended with immediate effect from participating in any manner whatsoever in any match or activity authorized or supported by the BCCI, the ICC or any State Association, until final adjudication of the matter,” Committee of Administrators (CoA) said in the suspension letter.

Pandya and Rahul have been in the line of fire ever since the episode of the popular TV talk show ‘Koffee with Karan’ featuring the two was aired on Sunday. Pandya was accused of making ‘misogynistic’ and ‘sexist’ comments during his appearance on the TV show.

On Wednesday, the BCCI has issued show cause notices to both the players for their comments.

According to reports, the BCCI said the two will be issued fresh show-cause notices before a formal enquiry begins. The decision came after a CoA member Diana Edulji recommended suspension till further action against the two.