The Parliament on Wednesday passed the 10% quota bill which will provide reservation for economically weaker section of the general category.

Rajya Sabha approved the Constitution (124th Amendment) Bill, 2019 by 165 votes after a day- long debate, a day after the Lok Sabha passed it with 323 votes against 3 votes. 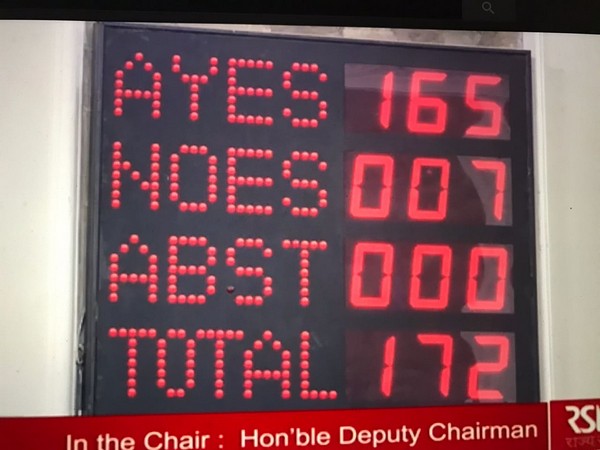 The provision will become a law once President Ram Nath Kovind signs it.

“Passage of The Constitution (124th Amendment) Bill, 2019 in both Houses of Parliament is a victory for social justice. It ensures a wider canvas for our Yuva Shakti to showcase their prowess and contribute towards India’s transformation”, said PM Narendra Modi on the passage of the bill.

The reservation is meant for individuals belonging to economically weaker sections whose annual earning is below Rs 8 lakh and who posses less than 5 acres of agricultural land.

With this the total percentage of reservation will go up to 60% surpassing the 50% ceiling prescribed by the Supreme Court.

ALSO READ: ‘Reservation’ test for the government in Rajya Sabha

Minister of Social Justice and Empowerment Thawar Chand Gehlot, who piloted the politically-significant bill just months ahead of Lok Sabha elections, said the legislation is aimed at uplifting the poor people.

Law Minister Ravi Shankar Prasad, in his intervention during the debate, said the measure will be applicable to both central and state government jobs.

He said the states will have the powers to decide on the economic criteria for identifying the beneficiaries.

Congress leader Anand Sharma said he was not opposed to the legislation but questioned why it had been brought suddenly just before the elections. “This legislation has been brought by a government which is a departure lounge of an airport,” he said.

“You got a message, a small message in the Assembly elections in five states. Now you can expect a bigger message after a few months,” he said, addressing the ruling benches while apparently referring to the upcoming Lok Sabha polls.

Samajwadi Party leader Ram Gopal Yadav also said that he was not opposing the bill. He, however, said the government, through the legislation, was not intending to benefit the poor sections of the upper castes but its “target is 2019 (Lok Sabha polls).”

Congress leader Kapil Sibal also questioned why the bill had been brought so suddenly, without even referring it to a Select Committee of Parliament for proper scrutiny.

Dubbing the bill as “ek aur jumla (one more empty slogan)”, he asked the government whether it had any data regarding the prospective beneficiaries of the proposed law.

DMK leader Kanimozhi proposed the bill to be sent to a select committee for further scrutiny. However, this was rejected by the MPs with 155 votes.