A claim has gone viral on Social Media stating that AIMIM chief and Hyderabad MP Asaduddin Owaisi has written to the United Nations about the threat to the Muslim community in India.

(Translation: “Owaisi wrote a letter to UN saying Muslims are not safe in Hindustan, UN replied ‘please go wherever you are safe”).

The above message was shared on various Facebook pages with a picture of Owaisi.

A Facebook page Acche Din. with a following of 1.3 million people shared the post which was shared by over 17,000 people. 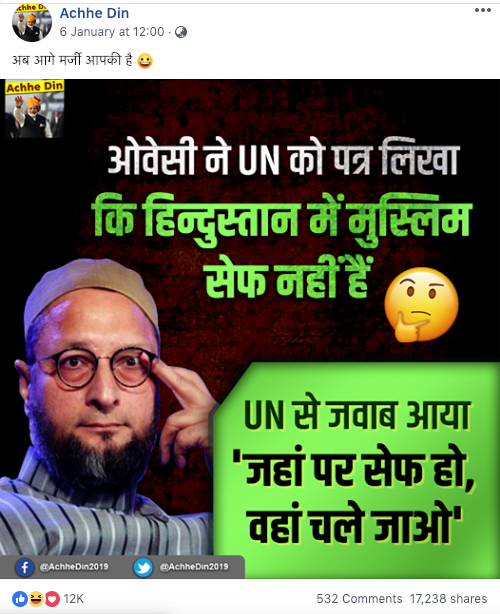 ALSO READ: This viral post about Nirmala Sitharaman and her ‘daughter’ is fake

The viral claim made its way through on Twitter as well. 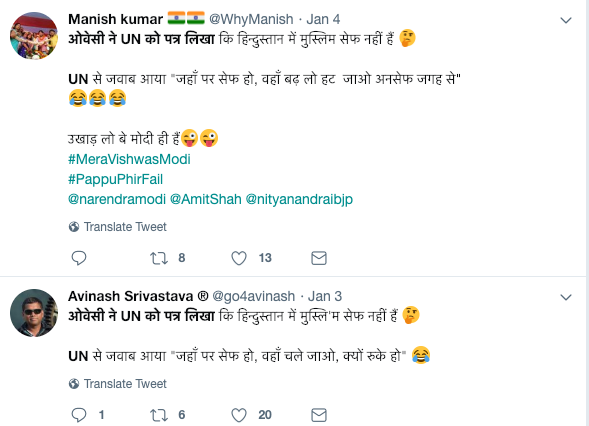 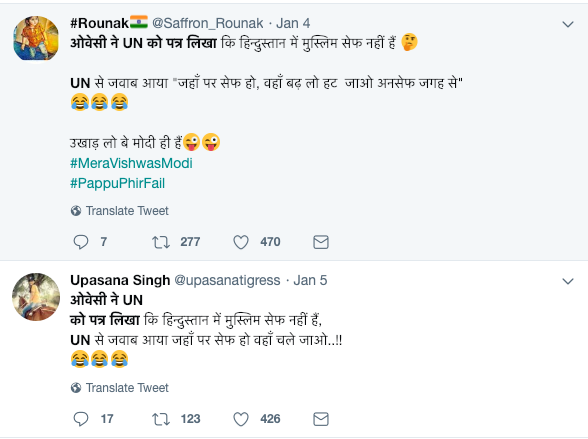 When NewsMobile Fack checked the calm, we found out that the viral post attributed to Asaduddin Owaisi is FAKE as there has been no such information from the United Nations as well as Owaisi.

Moreover, Owaisi himself rubbished the viral claim call it a lie.

“This is an absolute lie. It is the work of trolls. You may refer to my response to (SP leader) Azam Khan over the Dadri issue, when I had raised objection over him taking the issue to the United Nations,” Owasi was quoted by AltNews.

ALSO READ: UP CM Yogi Adityanath didn’t say ‘our job is to save…

He further said that he criticised Pakistan Prime Minister over his comments on minorities in India.

“I have recently criticised Imran Khan over his statement on minorities in India. There is no question of my having written such a letter to the UN,” he added.