The man in this picture is not an Indian soldier; don’t believe the FAKE claim | Newsmobile
Tuesday, December 6, 2022

Home Home Slider The man in this picture is not an Indian soldier; don’t believe...
ShareTweetGoogleWhatsappPrint
Mail

A picture of a man is going viral claiming that he is a soldier of Indian army in the line of duty.

It translates to “Our jawans fulfil their duty even in -5 degree temperature while we sleep in peace. They are the saviours of our country. Jai Hind Jai Bharat.

On Facebook, this picture was shared by a page named ‘हिंदुस्थानी सेना’. The post had 1,192 shares at the time of writing the article. 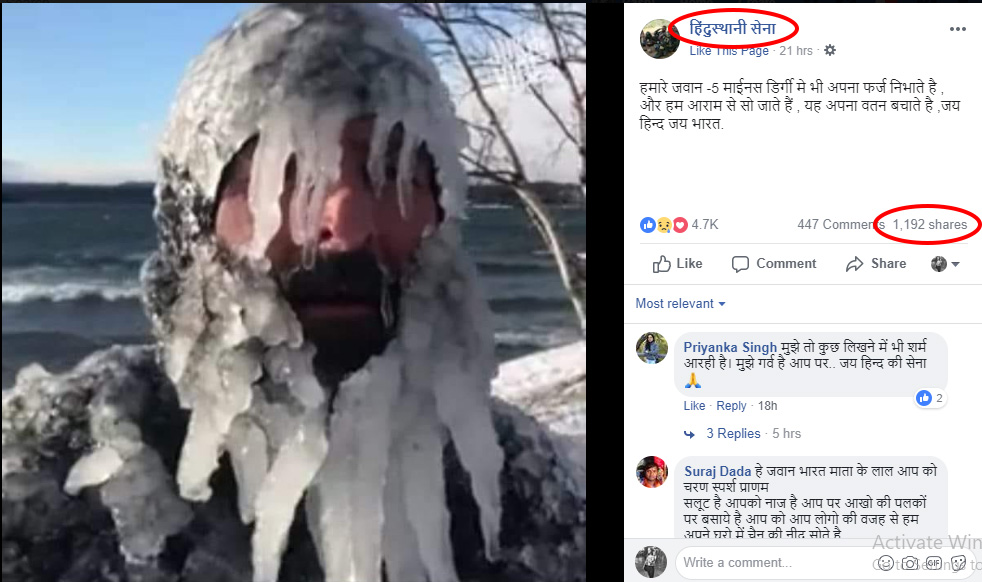 The picture was also shared on a political group – WE SUPPORT NARENDRA MODI. the group consists of over 3 lakh members. 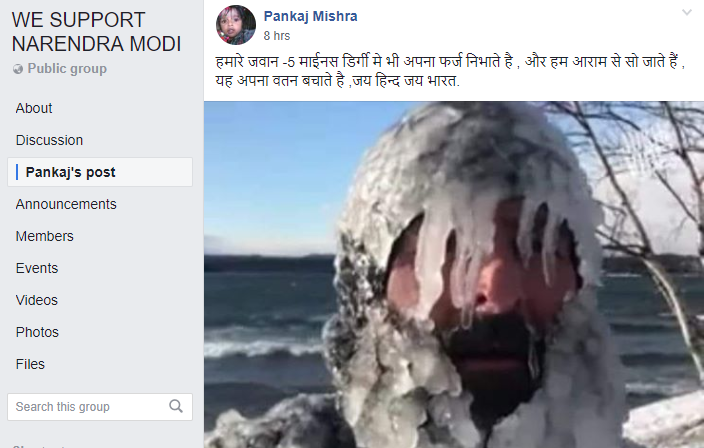 On reverse image search, we came across a video uploaded in December 2017 by Jerry Mills on his personal youtube page.

The video was titled ‘Surfing Lake Superior in subzero winter’ while the description read – Meet our legendary local surfer, Dan Schetter, aka Surfer Dan, one of a small group of locals who surf Lake Superior even in the most extreme conditions. This day was really extreme as the wind chill was -30. I was out there capturing footage for my Jerrysim series and almost got frostbite on my right hand trying to capture this moment as well as his ride into shore. His ice beard says it all about the severe cold. Filmed at Presque Isle Park in Marquette, MI, on the southern shore of Lake Superior, in Michigan’s magnificent Upper Peninsula.

The description states that the video was shot in Presque Isle Park in Marquette, Michigan and the man is the video is a local surfer, Dan Schetter.

This proves that the picture, which is actually a frame from the abbe clip is not of an Indian army soldier.