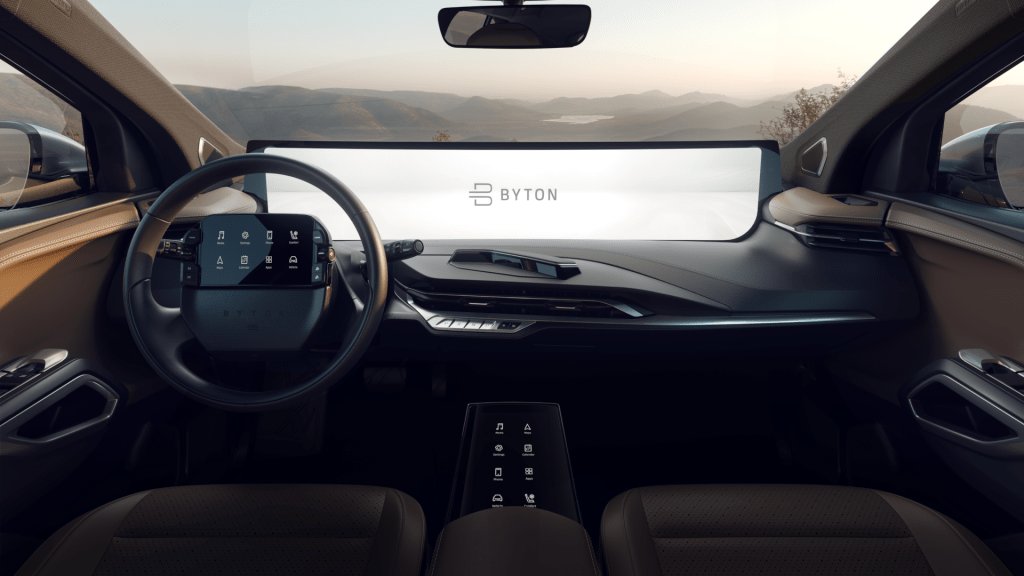 BYTON’s first car, expected to be launched this year, will have one of its display panel in the most unusual place – the steering wheel. The electric car startup revealed details about the industry’s first and largest in-car display for a production car at the CES 2019 in Las Vegas. 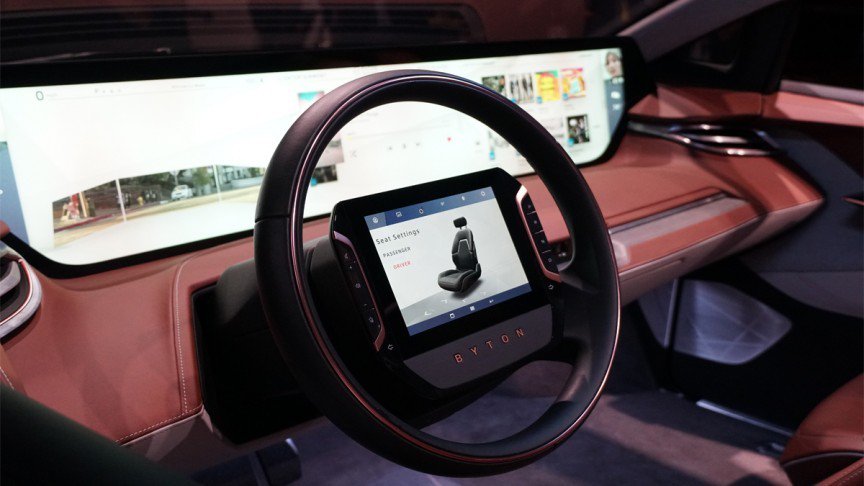 It displays vehicle and driving information and offers various content options in an intuitive way. The position of the display has been carefully developed and tested so as not to affect the driver’s line-of-sight and can automatically adjust brightness according to changes in ambient lighting to avoid further distraction. In addition, the SED will meet automotive safety standards as well as crash standards in all target markets.

ALSO READ: Hyundai to make a grand entry in the CES 2019 with its walking car

The production M-Byte’s user-interface and user experience (UI/UX) hardware will feature abundant shared and private screen space to capture and display a wide array of digital content – music, videos, photos, files, contacts, and more – intuitively and safely to users in any seat:

– The 7-inch Driver Tablet pioneered by BYTON will be at the center of the steering wheel just above the driver airbag, serving as one of the main interfaces for the driver to configure the vehicle and interact with the SED.

– The front seats can be rotated inward 12 degrees, to create a space that is more convenient for passengers in the car to interact and communicate with each other when not in motion.

– The dashboard features a new wraparound design with air conditioning vents, gear selector, and other hard buttons located in the center along with a driver monitoring system to ensure safety during assisted-driving modes.

– Multiple interaction modes with the vehicle will be offered including voice control, touch control, physical buttons, and gesture control. 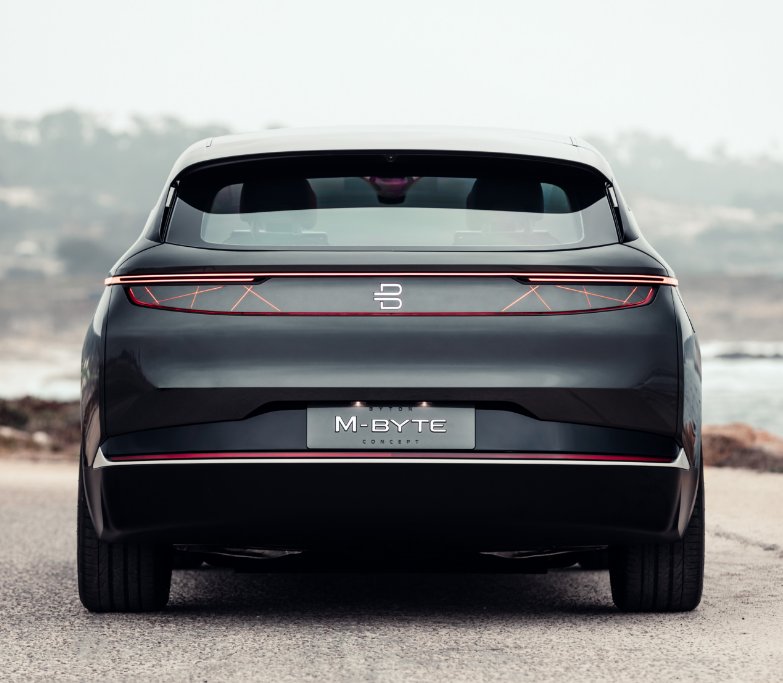 BYTON users will have access to BYTON Life, an open digital ecosystem that connects applications, data, and smart devices. BYTON Life features advanced machine-learning capabilities that analyzes the user’s schedule, location, preferences, and application data to provide intuitive support such as scheduling reminders, online shopping tasks, remote charging management, and more. It can recognize voices of different users and sounds from different directions in the car. In North American and European markets, BYTON has been cooperating with Amazon Alexa to jointly develop voice control. In addition, BYTON has also invited software developers from around the world to join BYTON’s ecosystem and explore new possibilities for applications and content on BYTON Life’s open platform. 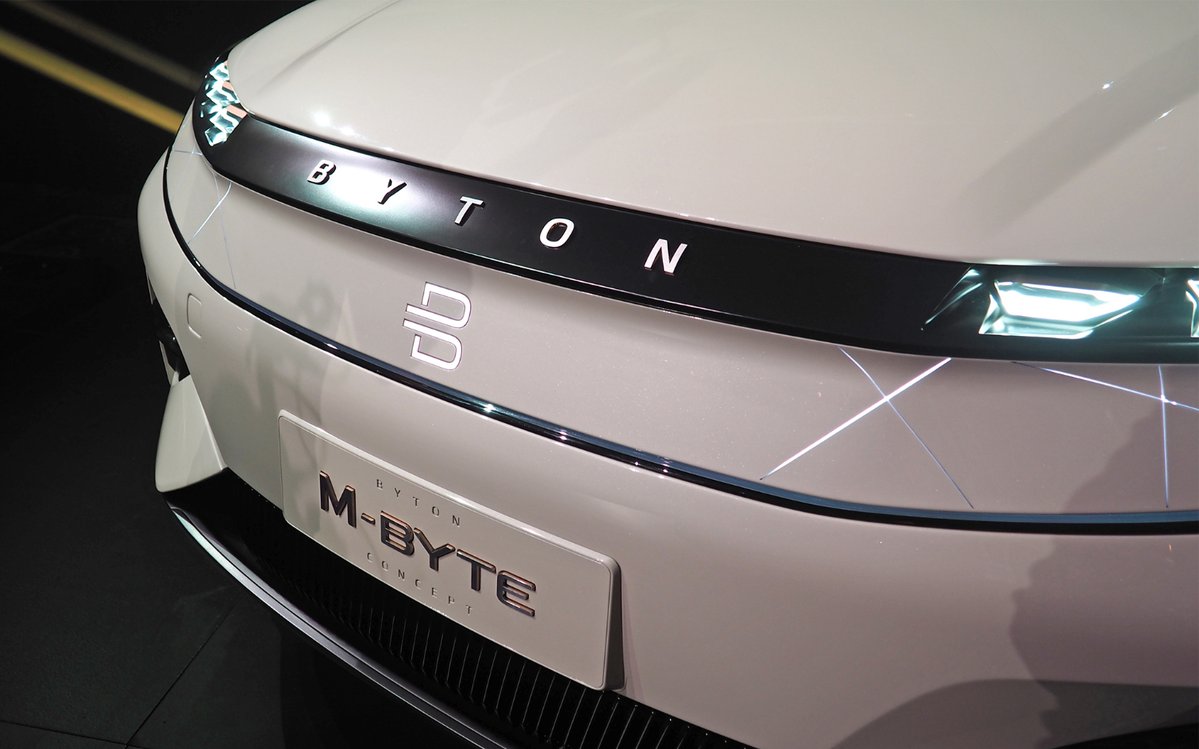 The production version of the BYTON M-Byte is slated to debut in mid-2019, with mass-production starting at the end of the year. The company is also working with key strategic investors FAW and CATL, and world-class suppliers Bosch, BOE, and Faurecia to integrate the world’s best technologies and resources into its products. 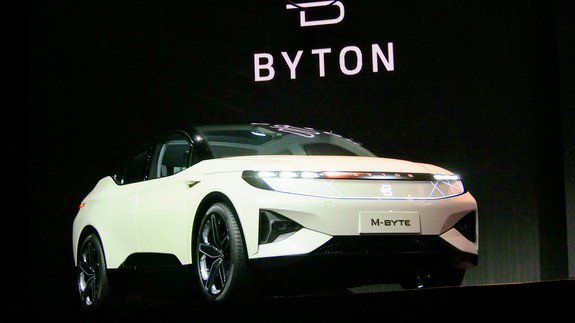 “We have made solid progress in the construction of our Nanjing plant and prototype vehicle testing,” said Dr. Daniel Kirchert, President and Co-Founder of BYTON. “This is a vital year for BYTON and our global team is sparing no efforts to achieve our goal of volume production.”

Positioned as the next generation smart device, BYTON is designed for the future of autonomous driving when the automobile will become a mobile digital lounge.

“BYTON’s M-Byte represents the transformation of the traditional car into a next-generation smart device for every user,” said Dr. Carsten Breitfeld, CEO and Co-founder of BYTON. “We achieve this through the combination our state-of-the-art EV platform and our proprietary BYTON Life digital ecosystem.”