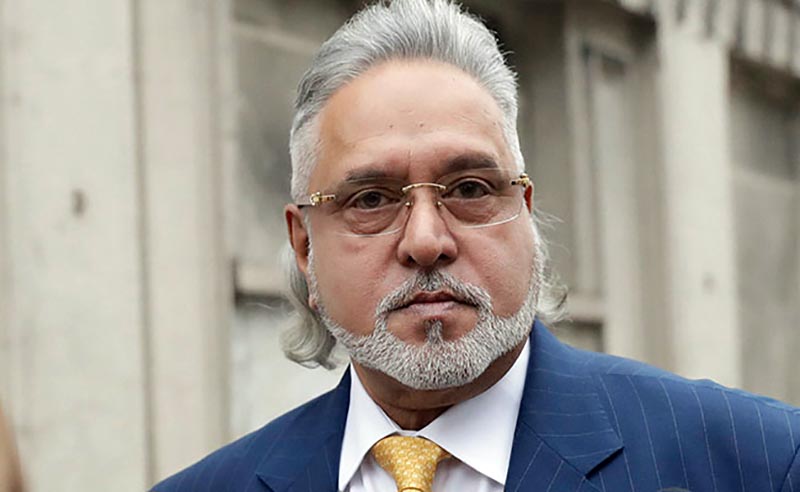 A special court in Mumbai on Saturday declared liquor baron Vijay Mallya a fugitive economic offender (FEO) on a plea of the Enforcement Directorate.

Mallya has become the first businessman to be declared EFO under the provisions of the new Fugitive Economic Offenders Act which came into existence in August last year.

The ED had requested the Prevention of Money Laundering Act (PMLA) court that Mallya, who is currently in the UK, be declared a fugitive and his properties be confiscated and brought under the control of the Union government as per the provisions of the new FEO Act.

ALSO READ: Donald Trump wants Apple to make iPhone in the US

Special judge MS Azmi declared Mallya an FEO under Section 12 of the Act after hearing extensive arguments from the lawyer of Mallya and the ED counsel.

Last year in November, the court had rejected Mallya’s plea seeking a stay on hearing the ED’s application to declare him a fugitive offender.

The decision from the judicature comes after the five parties including a family member of Mallya had sought court dossiers with regard to the ED seeking to get Mallya declared a fugitive economic offender under the new law.

The special courts, under the new PMLA law, have the right to declare a person fugitive economic offender. The courts can order immediate confiscation of the offenders’ properties and other assets.

On November 22 last year, the United Kingdom High Court issued an order asking Mallya to pay a hefty amount of GBP 88,000 to UBS Investment Bank, which had issued GBP 20.4 million in the mortgage loan for his London property, and ruled in favour of UBS to take possession of Mallya’s palatial Cornwall Terrace home.

The Westminster Magistrates Court in London on December 10 last year ordered the extradition of Mallya to India, who is facing charges of loan default to the tune of Rs 9,000 crore. Mallya left India in 2016, following which, the Indian government initiated extradition proceedings against him. The matter of Mallya’s extradition has now been referred to the UK’s Secretary of State.