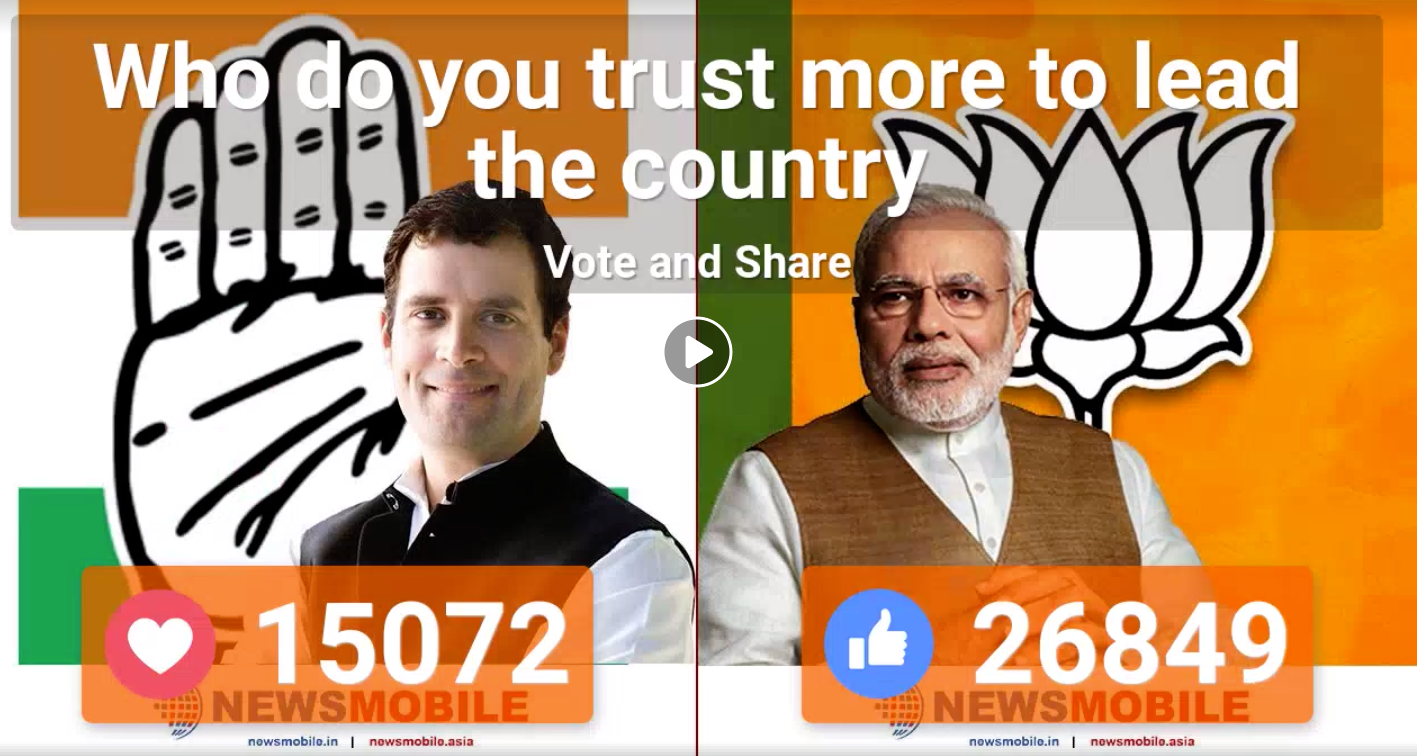 While the political clouds are hovering over India as 2019 Lok Sabha polls are just a few months away, political parties are going full throttle for the election campaign.

With Congress winning recently concluding assembly polls in three states, it has been a major morale booster for the grand old party while on the other hand, it has forced the ruling Bharatiya Janata Party to focus on the strategies for the upcoming general elections.

NewsMobile on Friday conducted a social media poll on the trust factor asking people: “Who do they trust more to lead the country?”

ALSO READ: ‘Bofors was a scam, Rafale will bring PM Modi back,’ Nirmala…

62% of people who participated in the poll trusted PM Modi to lead the country while 35% trusted Rahul Gandhi.

Methodology of our poll

Our mood of social media polls are aimed at gauging the public mood on key issues.
These polls are completely independent and are done by a third party poll provider, and is real time done for a duration of 4 hours.

NewsMobile Editors ensure that we spread out the poll in various Facebook groups across the political spectrum. We have no independent way of verifying that those voting are registered voters. However the massive response to these polls also prove the authenticity and credibility, we did predict accurately the public the mood in Rajasthan and Madhya Pradesh.