It’s a new year with a new member for cricketer Rohit Sharma as he and his wife Ritika Sajdeh have been blessed with a baby girl on Sunday in Mumbai.

Sohail Khan’s wife Seema Khan, who is Ritika’s cousin posted a story on Instagram captioned ‘baby girl’ and ‘masis again’ with a picture of her and Ritika. 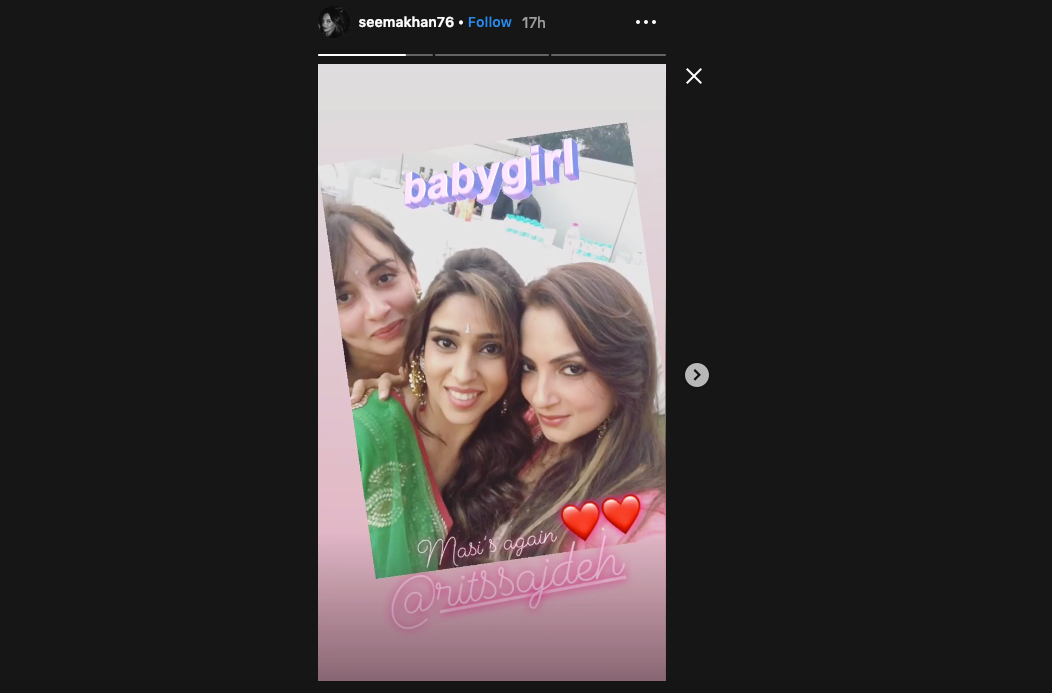 While Rohit Sharma was in Australia for the ongoing test series again Australia, a report in ToI suggests that Sharma has flown down to India to join his wife and will miss the upcoming Sydney Test.

“It would’ve been great to have him (Rohit) around. Tactically, he brings so much to the side and then his batting provides the right kind of balance to the side. But what awaits him is far bigger and more important,” a source was quoted by ToI.

well, it looks like a mega blast for Rohit Sharma as on Sunday only India had beat Australia by 137 runs to win the third Test at the MCG taking a 2-1 lead in four-match series.