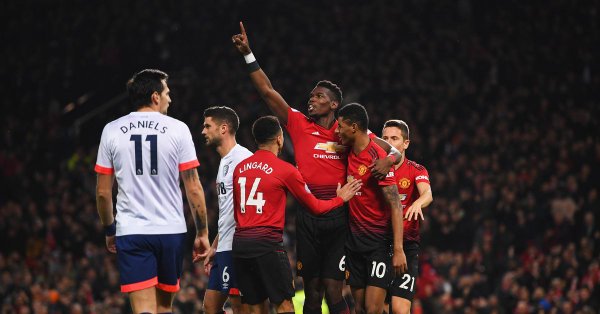 Manchester United picked up an impressive 4-1 win over South Coast side Bournemouth at Old Trafford in the Premier League on Sunday.

This was new manager Ole Gunnar Solskjaer’s third consecutive win in charge at United and it was also the first time the club have won three games on the bounce this season.

United opened the scoring through Paul Pogba, after Marcus Rashford set him up with smooth tactics. And the Frenchman was on the scoresheet once again some minutes later, grabbing the second from an Ander Herrera cross. 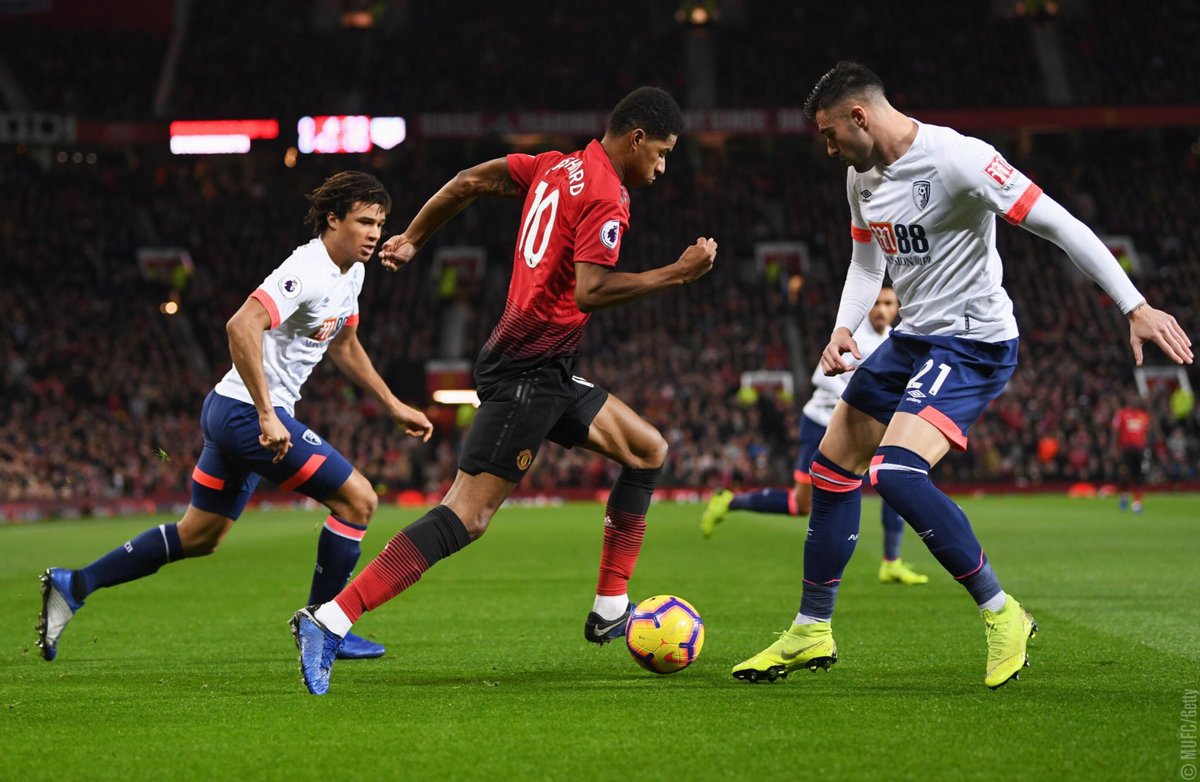 Soon, Anthony Martial set Marcus Rashford up, who grabbed the third for the Red Devils. Before the end of the first half, the Cherries managed to pull one back through Nathan Ake.

The second half saw Romelu Lukaku come on and grab his first goal since his return from a compassionate leave. Eric Bailly was later sent off for a horror tackle on Ryan Fraser.

The win helped United come just three points behind Arsenal, who are at fifth and took a 5-1 hammering against Liverpool yesterday.

Earlier today, Manchester City had picked up a convincing 3-1 win over Southampton and came within seven points of table topping Liverpool and leapfrogged Tottenham in the process after Mauricio Pochettino’s men had succumbed to a shock 3-1 at the hands of Wolverhampton Wanderers at Wembley yesterday.

Tomorrow, Tottenham travel to Cardiff in the last game of 2018 and before that, Arsenal face Fulham at the Emirates Stadium.