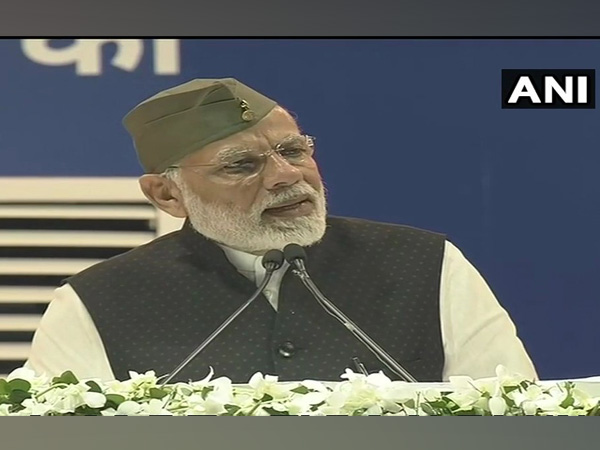 The announcement to rename these islands coincides with the 75th year of the freedom fighter Subhash Chandra Bose hoisting the national flag at Port Blair.

Prime Minister Modi, while addressing a public meeting at Marina Park in Port Blair, asked the people to take out their mobile phones and switch on the flashlights as a gesture to pay tribute to Netaji Subhash Chandra Bose.

“From today, the three islands in Andaman and Nicobar-Ross Island will be known as Netaji Subhash Chandra Bose Island, Neil Island as Shaheed Dweep, and Havelock Island as Swaraj Dweep”, he said.

“Andaman and Nicobar is not only a tourist spot but for Indians, it is like a pilgrimage as it is symbolic of courage and valour of Netaji Subhash Chandra Bose and several other freedom fighters”, he said.

“I visited the Cellular Jail and each cell in which our freedom fighters were lodged and spend so many years of their life is like a temple for us,” said Prime Minister Modi.

“INA hoisted a tricolor here on December 30, 1943. As many as 75 years have passed since that historic day. In memory of that event we are hoisting a 150 feet tall flag today”, he said.

Prime Minister Modi also visited the Tsunami Memorial at Car Nicobar, where he laid a wreath at the memorial along with lighting a candle at the Wall of Lost Souls.

The Prime Minister also announced to release a commemorative postal stamp to mark the 75th anniversary of the hoisting of tri-color on the Indian soil by Netaji. PM Modi also inaugurated the Industrial Training Institute at Arong and a Modern Sports Complex.

“The ITI would help empower the youth of the island, with skills”, he said.

He also announced the launch of a new scheme, Lakshadweep and Andaman and Nicobar Island Industrial Development Scheme whereby, the government will give help and concessions to budding entrepreneurs and others for starting eco-friendly industries.