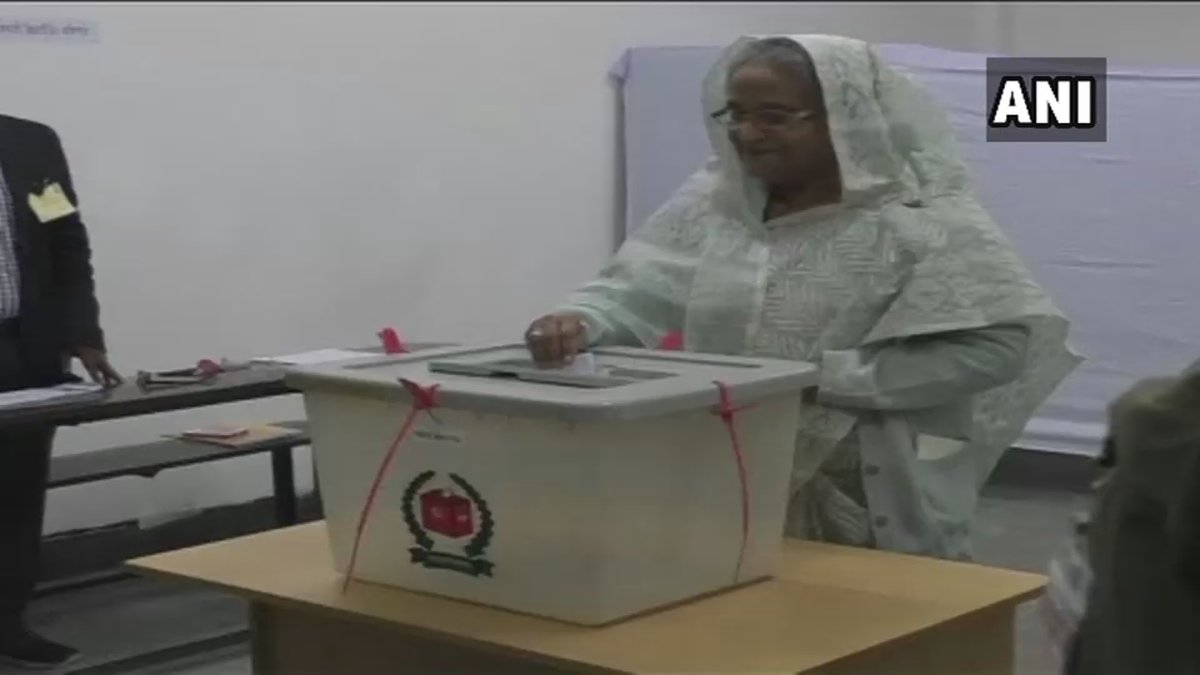 At least 10 people, including a law enforcement official, lost their lives in poll- related violence in Bangladesh on Sunday. The death toll is likely to go up as violence continues to rage in some pockets of the country despite heightened security.

Two people were reported to have lost their lives in Comilla district until now, while one person died each in Chattogram, Rajshahi, Dinajpur, Rangamati, Cox’s Bazar, Bogura and Noakhali. Furthermore, around 64 people have been injured in clashes across the nation, reports The Daily Star.

A Jatiya Oikya Front supporter Mujib lost his life in Comilla district’s Chandina in police firing after he allegedly tried to snatch ballots from the polling centres. Another Bangladesh Nationalist Party (BNP) supporter, identified as Bachchu Mia, was killed in a separate incident at the district’s Murgaon voting centre in what has been termed as an Awami League-BNP supporters’ clash by Nangolcoat Police Station Sub-Inspector Aminul Islam.

Furthermore, clashes between the supporters of the candle symbol, Awami League and BNP led to the death of Abu Sadek at Pashchim Maliapara in Chattogram. Sadek’s political affiliation has not been ascertained yet.

In Rajshahi, supporters from BNP allegedly attacked and killed Merajuddin, an Awami League supporter at a high school in Mohonpur, according to The Daily Star.

Meanwhile, an elderly voter, identified as Kina Mohammad, aged 65-years-old, lost his life in Dinajpur during a confrontation between supporters of the Awami League and the BNP.

A leader from the youth front of Awami League, Mohammed Bashir Uddin, was killed by the BNP supporters after an attack on him and one of his followers when they were on their way to a polling centre in Rangamati on Sunday morning.

Mohammed Abdullah, aged 23 years, from the Bangladesh Chhatra League, lost his life in a clash with supporters of the BNP at Rajakhali Matobbar Para centre, which falls under Cox’s Bazar-1. He allegedly bled to death after being hacked by the BNP supporters.

Nurunnabi, a member from Ansar Forces, a law enforcement agency, lost his life in Noakhali. He was allegedly killed by supporters of Jamaat and Shibir at a primary school.

Polling is currently underway across the nation for the high-stakes 11th Parliamentary elections. Incumbent Prime Minister Sheikh Hasina is confident of a third term in office, as her Awami League-led Grand Alliance contests against the BNP-helmed Jatiya Oikya Front and other parties in the General Elections.