The caption of the picture suggests that he is eating non-veg food. 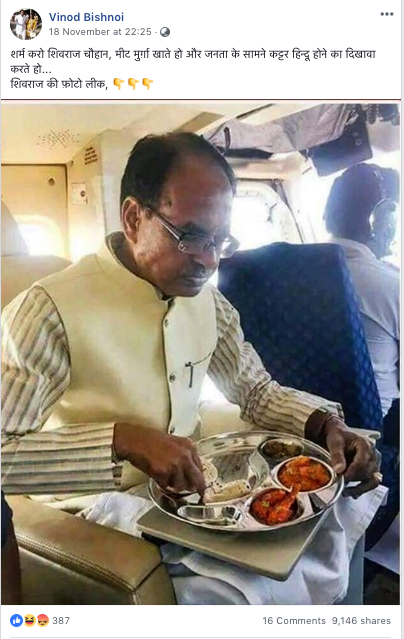 ALSO READ: Amazon is not selling Apple Watch for Rs 11; here’s the…

When NewsMobile put the picture through the Google Reverse Image Search, we found out that the viral picture of Shivraj Chouhan is morphed.

The non-veg content in the plate which was claimed he is eating were added using photoshop.

We came across the original picture which was taken by Newswire PTI. 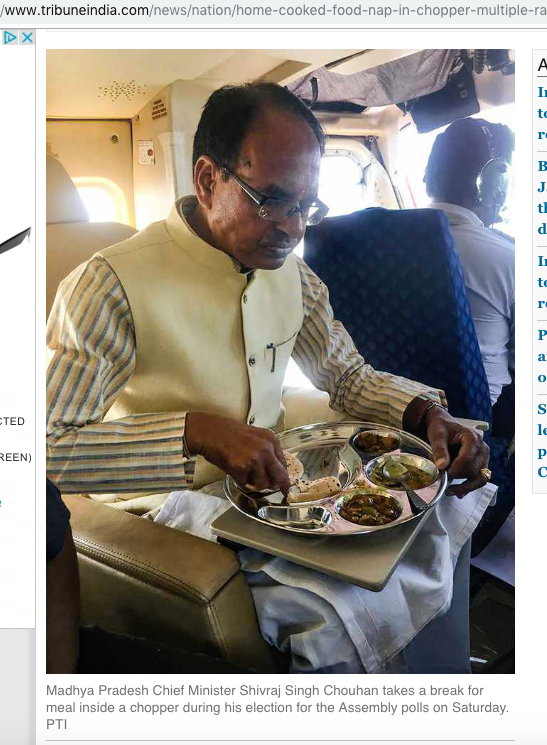 The picture was taken on Saturday when Shivraj Chouhan had a meal in the chopper while he was campaigning across the state for assembly elections.

If we look closely and compare both pictures we could see the difference and you can actually see they badly morphed the picture. 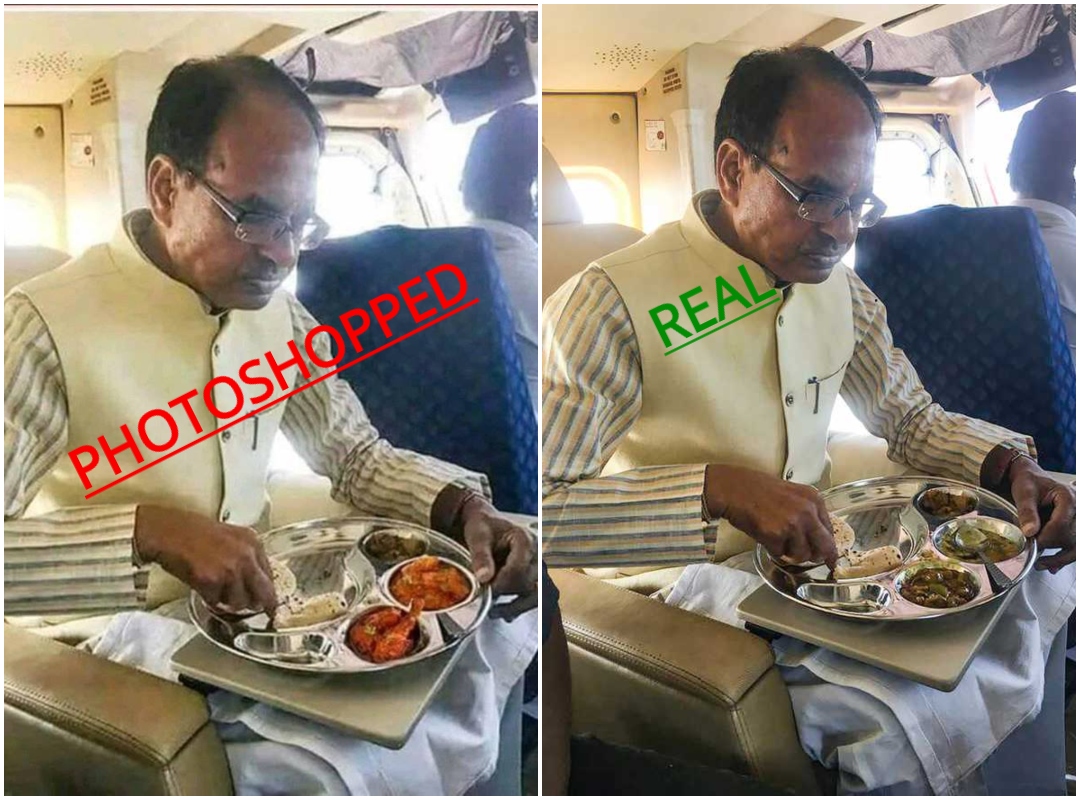