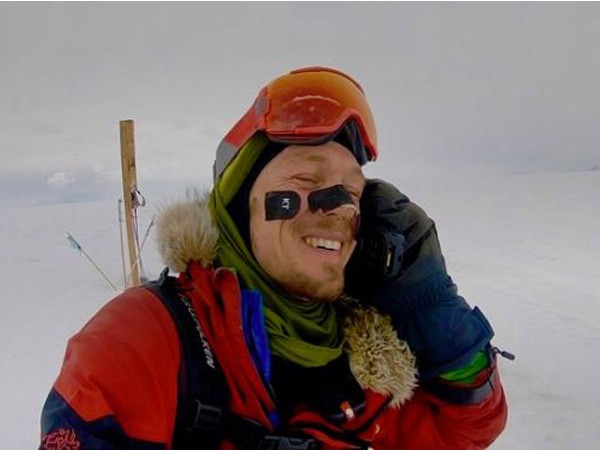 Adventure junkie Colin O’Brady of the US has become the first person to traverse Antarctica alone, ‘unsupported and unaided’.

“As I pulled my sled…I accomplished my goal: to become the first person in history to traverse the continent of Antarctica coast to coast solo, unsupported and unaided,” O’Brady wrote in an Instagram post on Thursday.

The 54-day trip saw the adventure junky covering the last 80 miles of his journey in one continuous ‘Antarctica Ultramarathon’ which took 32 hours and 30 minutes.

“While the last 32 hours were some of the most challenging hours of my life, they have quite honestly been some of the best moments I have ever experienced. I was locked in a deep flow state the entire time, equally focused on the end goal, while allowing my mind to recount the profound lessons of this journey,” O’Brady said.

“I’m delirious writing this as I haven’t slept yet,” he wrote, going on to thank his wife, Jenna Besaw. He also quoted Nelson Mandela’ words – “It always seems impossible until it’s done” – while acknowledging the surreal feat that he achieved.

His entire journey could be tracked via GPS on his website. Furthermore, the endurance athlete posted regular updates on his Instagram profile, including the news about him successfully finishing the solo expedition.

Apart from O’Brady, British Army Captain Louis Rudd had also started off on an expedition on November 3 from the Union Glacier. While the American has completed the trip, Rudd is still a day or two behind, according to Al Jazeera.

Earlier, British Lieutenant Colonel Henry Worsley had passed away in 2016 while trying to undertake a similar trip across the southernmost continent of Antarctica.