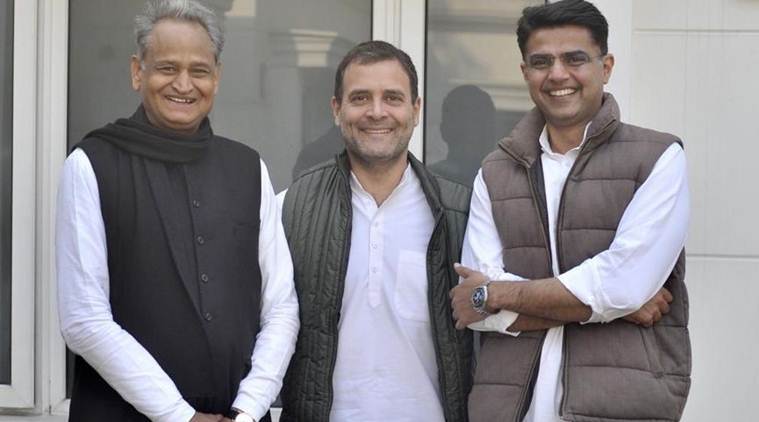 Jaipur: Following a tussle in the newly elected Rajasthan government, Congress president Rahul Gandhi had to step in to resolve the reported tussle between Chief Minister Ashok Gehlot and his deputy Sachin Pilot over key portfolios like home and finance.

In the midnight announcement, Ashok Gehlot has kept nine departments including the finance and home. He also has excise, planning, department of personnel, general administration department and information technology.

ALSO READ: All you need to know about the Triple Talaq Bill that…

The Congress also picked ministers with an eye on the 2019 national polls due by May, giving representation to powerful caste groups and also including the lone lawmaker of an ally. Twenty-three ministers were sworn in on Monday, a week after Chief Minister Gehlot and Pilot took charge.

But the allocation of ministries was held up for days, reportedly because of disagreements between the top two. The Chief Minister and Pilot held meetings with Rahul Gandhi in Delhi on Wednesday.

Harish Chaudhary has been assigned revenue and Ramesh Chand Meena has been given food and civil supplies. Anjana Udailal has been made minister for cooperatives and the Indira Gandhi canal project department. Pratap Singh has transport and soldier welfare. Shale Mohammad has been given the portfolio of minority affairs and waqf.