With 2019 Lok Sabha elections just a few months away, the country is high on its political quotient. And the assembly elections of five states that concluded recently have nothing but added fuel to it.

With so much happening around, one or the other political leader/party is always in the headline. But with this comes a new array of fake news.

Recently, a report started circulating on social media claiming that BJP president Amit Shah was attacked with rotten eggs and tomatoes on his own state -Gujarat. This news was posted by ‘India Times live’ and ‘Viral In India’ on 24th and 25th December 2018 respectively 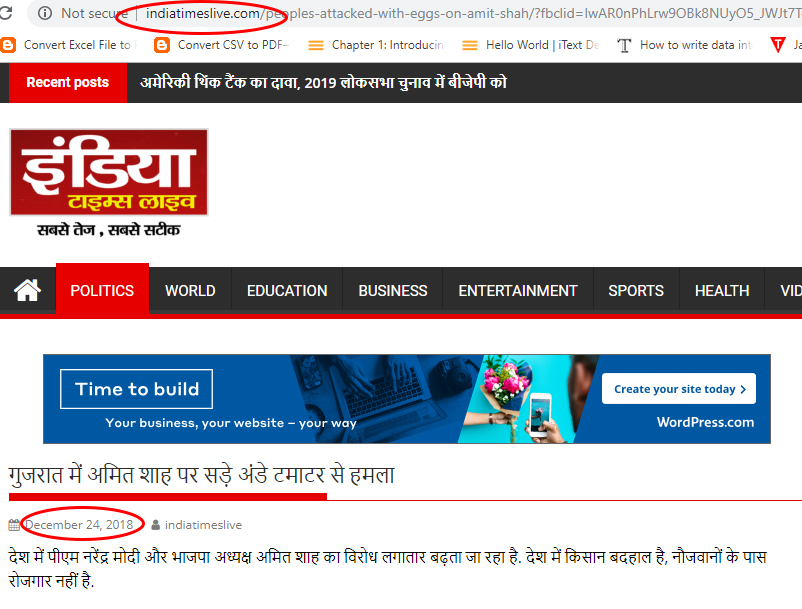 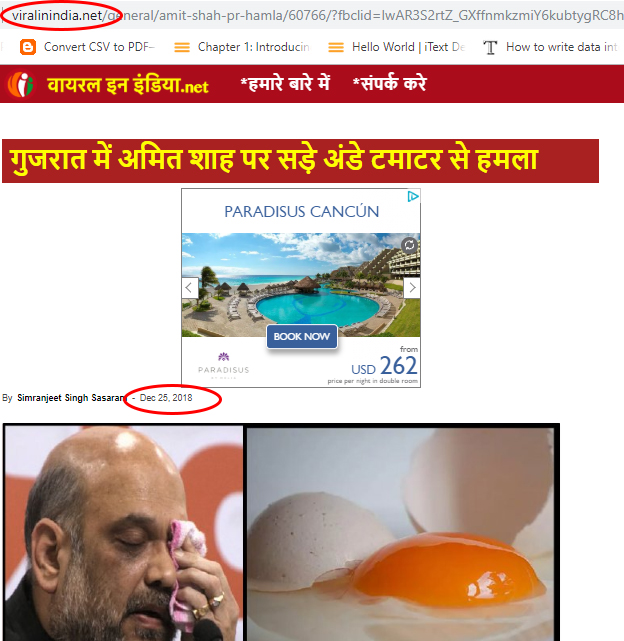 The reports claim that Amit Shah’s convoy came under the attack of youths in Junagadh while he was on his way to Somnath, Gujarat. 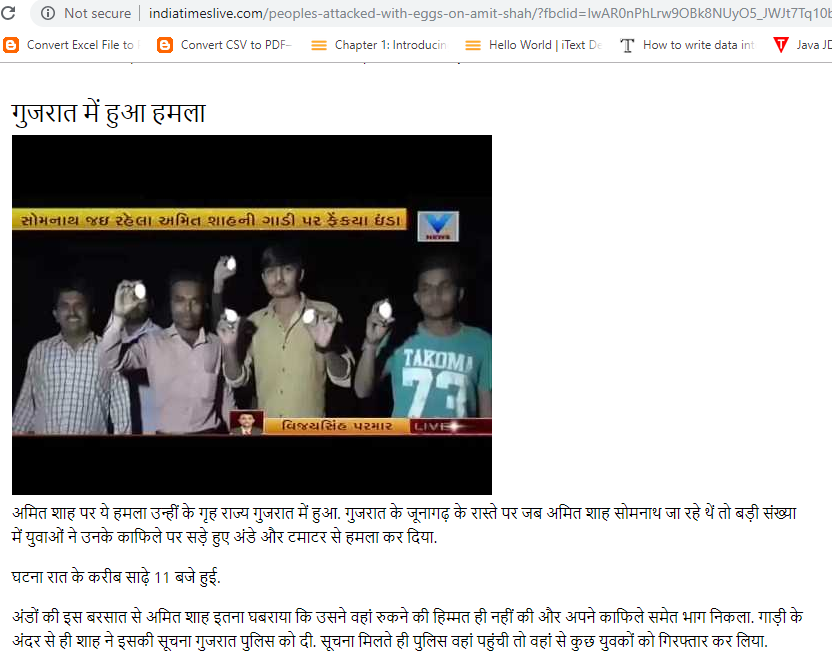 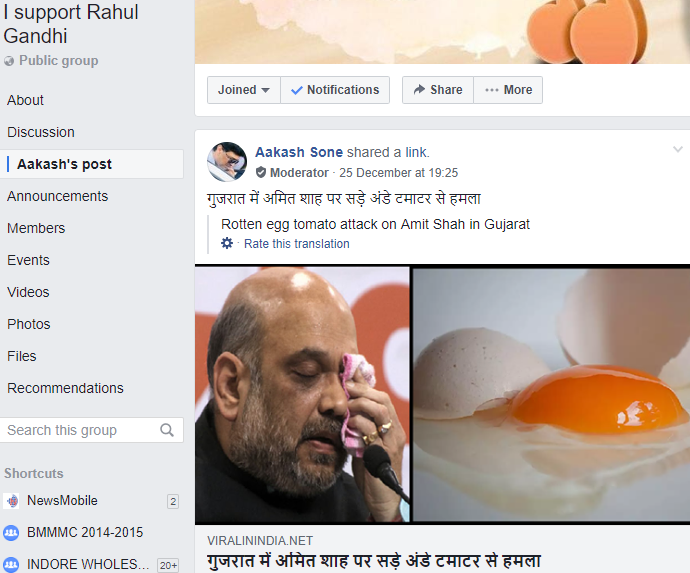 When we searched on the Google for this claim, we came to know that the incident did take place but in the year 2017. 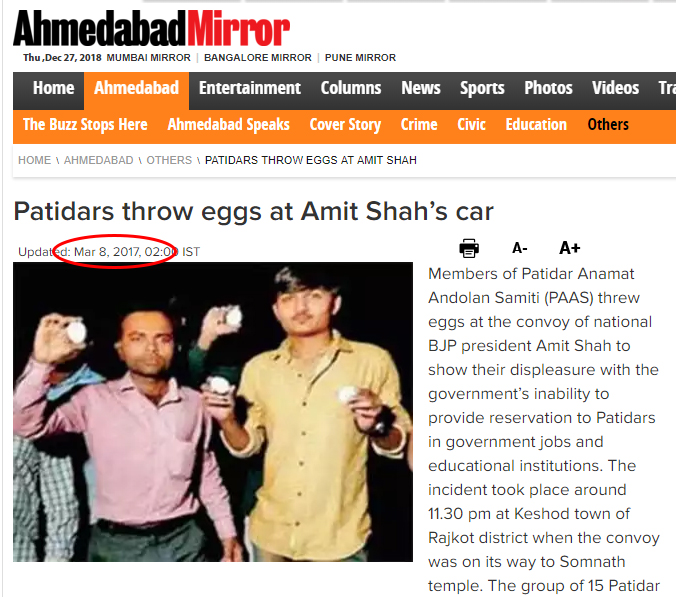 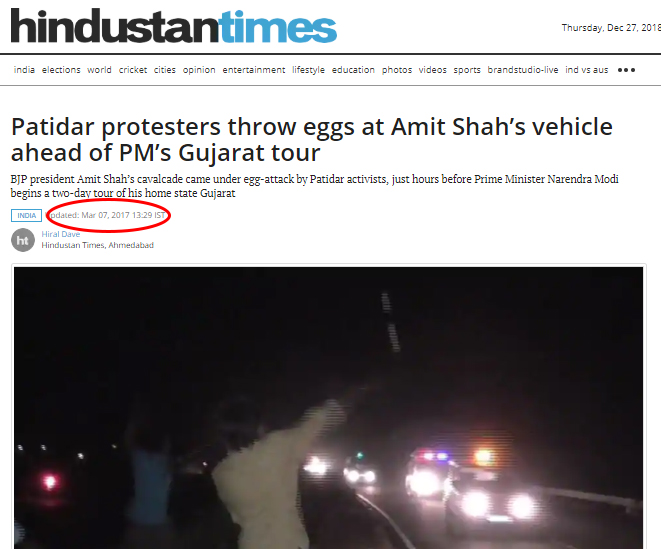 Though the reports are authentic, the reports by ‘India Times live’ and ‘Viral In India’ have failed to mention the time of the incident, in turn misleading audience into believing that the this is a latest news.

The political parties are all geared up for the 2019 election and with them the perpetrators of fake news will fine new material to spread across. So, our advice to you is that you fact check every social media viral messages before forwarding it to others.