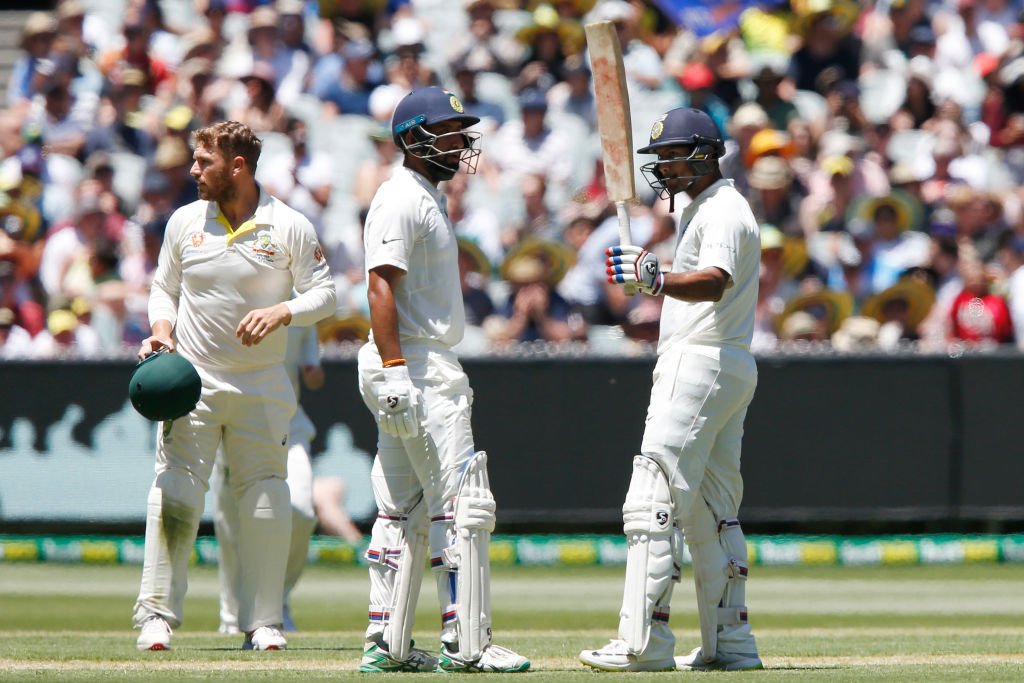 On the opening day of the third Test at Melbourne on Wednesday India were 215 for 2 with Virat Kohli batting at 47 and Pujara unbeaten at 68.

Kohli and Pujara started the third session and scored 92 runs, of which 47 came from Kohli. He saw off the new ball and a fiery Mitchell Starc at the fag end of the day. 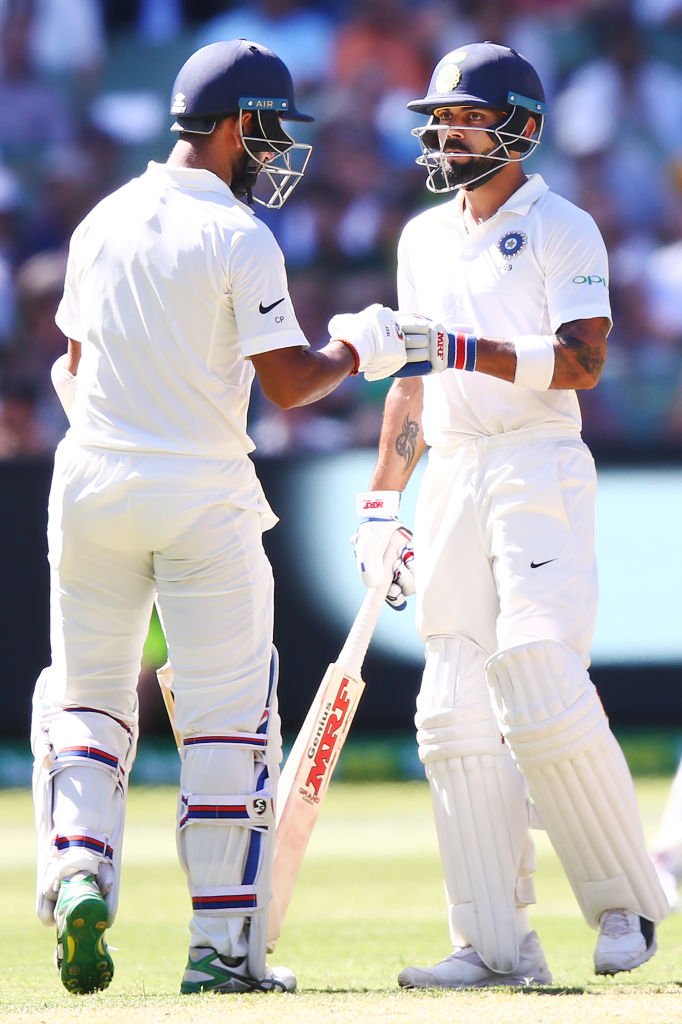 Pujara, Kohli and Mayank Agarwal ensured that India were the dominant force on Day 1. Debutant Agarwal, who opened the innings with Hanuma Vihari, scored 76 runs before being dismissed by Pat Cummins 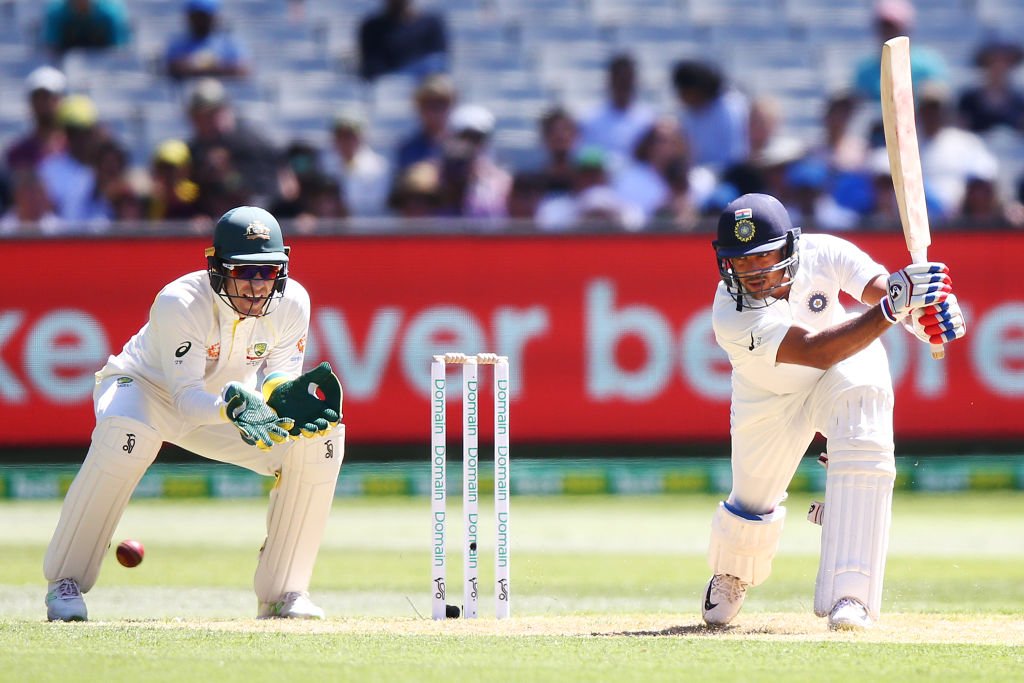 Mayank Agarwal and Hanuma Vihari opened the innings with a solid application in the first session as a steady India managed to score 40 with no loss after 18 overs. Soon after, Pat Cummins struck first for Australia to remove Vihari with a short-ball tactic which was caught by Aaron Finch at the second slip.

Following the cheap departure of Vihrai (8), Cheteshwar Pujara came out to share the crease with Agarwal, who was in brilliant form and ticking the scoreboard.

India reached 57 runs with the loss of one wicket at lunch. Agarwal and Pujara held India’s fort on 34 and 10 respectively.

Soon after resuming the match, Agarwal brought up a maiden half-century on his Test debut on Australian soil. The landmark came off 95 balls

Agarwal and Pujara frustrated the hosts firmly on the back foot with their 50-run-stand. India moved to three figures within the first 45 overs.

To get the most desired breakthrough, Australia’s hostile spell by Cummins entered the visitors’ fort to dismiss Agarwal for 76, the highest ever by an Indian opener debuting in Australia as he surpassed Dattu Phadkar’s 51 in 1947 and second highest in away Tests as he remained one short to Sudhir Naik’s 77 against England in 1974.

Cummins’ delivery was short and angled sharply into Agarwal, who looked for a smart little dab. But with the ball climbing, he could not get on top of it entirely and send a glove down to the left of wicket-keeper Tim Paine, who took it smartly behind the stumps.

Following an impressive inning by the Karnataka-born, India reached at 123 with the loss of two wickets at tea. 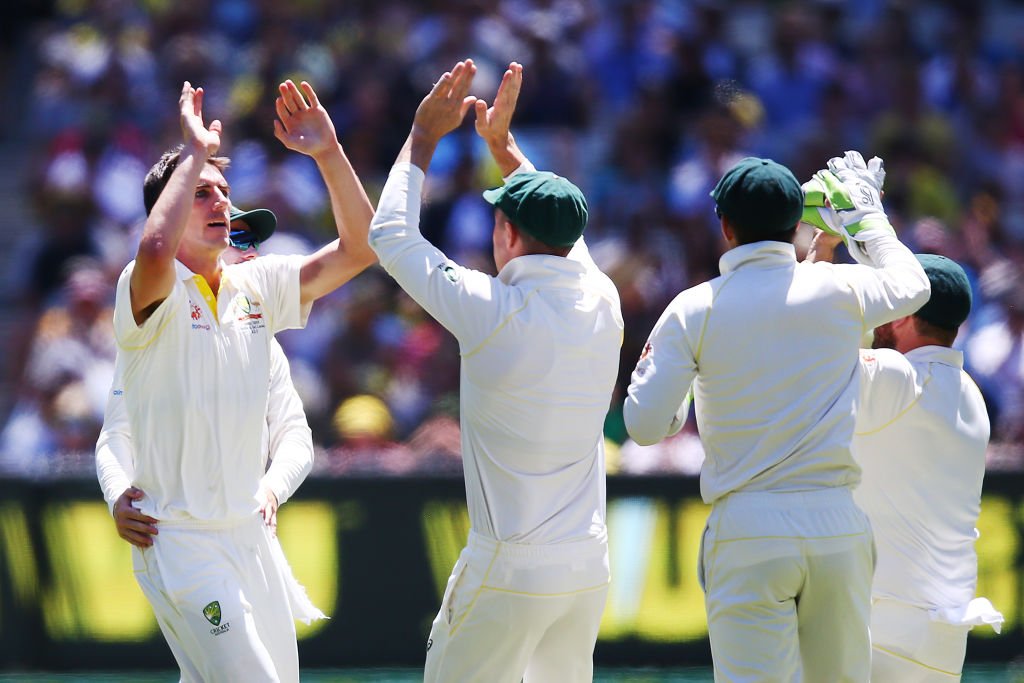 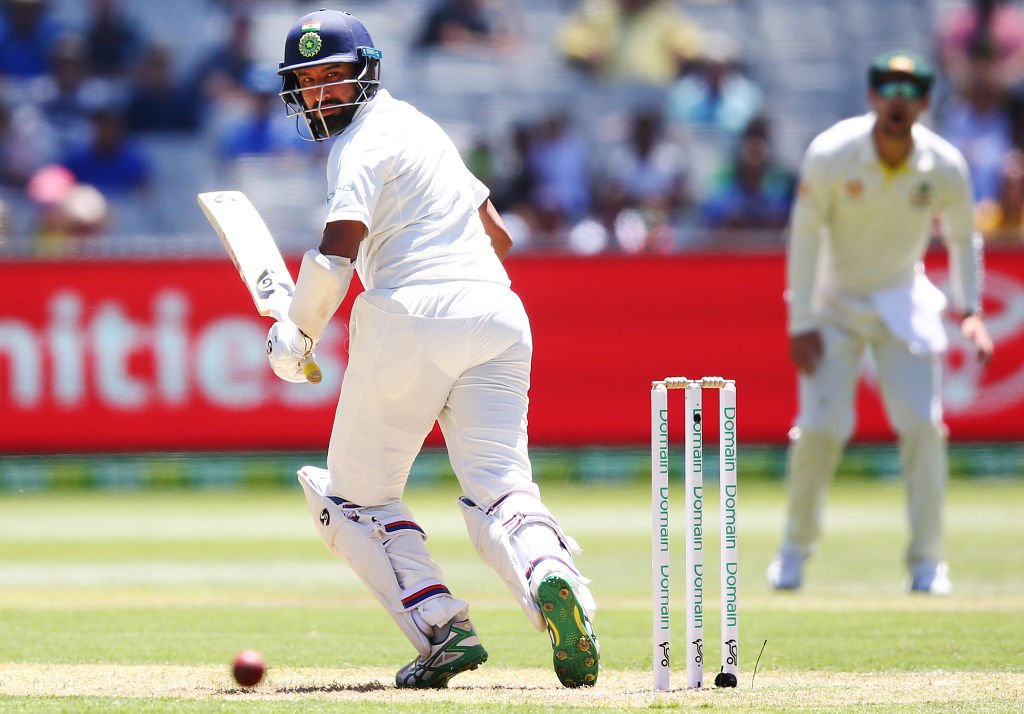 To share the onus of India’s fort with Pujara, skipper Virat Kohli came out to the crease amid a few boos ringing around as the match resumed. In the 71st over, Pujara

registered his 21st Test fifty. Australia wasted their review as Nathan Lyon appealed for Leg before wicket (lbw) for the penultimate ball of his over to Kohli, however, it was far outside off stump.

The Kohli-Pujara duo brought the 200-mark for India as the skipper remained three runs away from a half-century, while Pujara remained unbeaten on 68. India posted 215/2 at stumps.