New Delhi: In order to infuse fresh energy and win elections in 2019, BJP President Amit Shah announced a list of key party functionaries who will manage the states for the Lok Sabha polls in 2019.

BJP on Wednesday released a list according to which V. Muraleedharan and Sunil Devdhar will manage the functions for the BJP in Andhra Pradesh. Mahindra Singh, Bhupendra Yadav and Dr Anil Jain will look after Assam, Bihar and Chhattisgarh respectively. 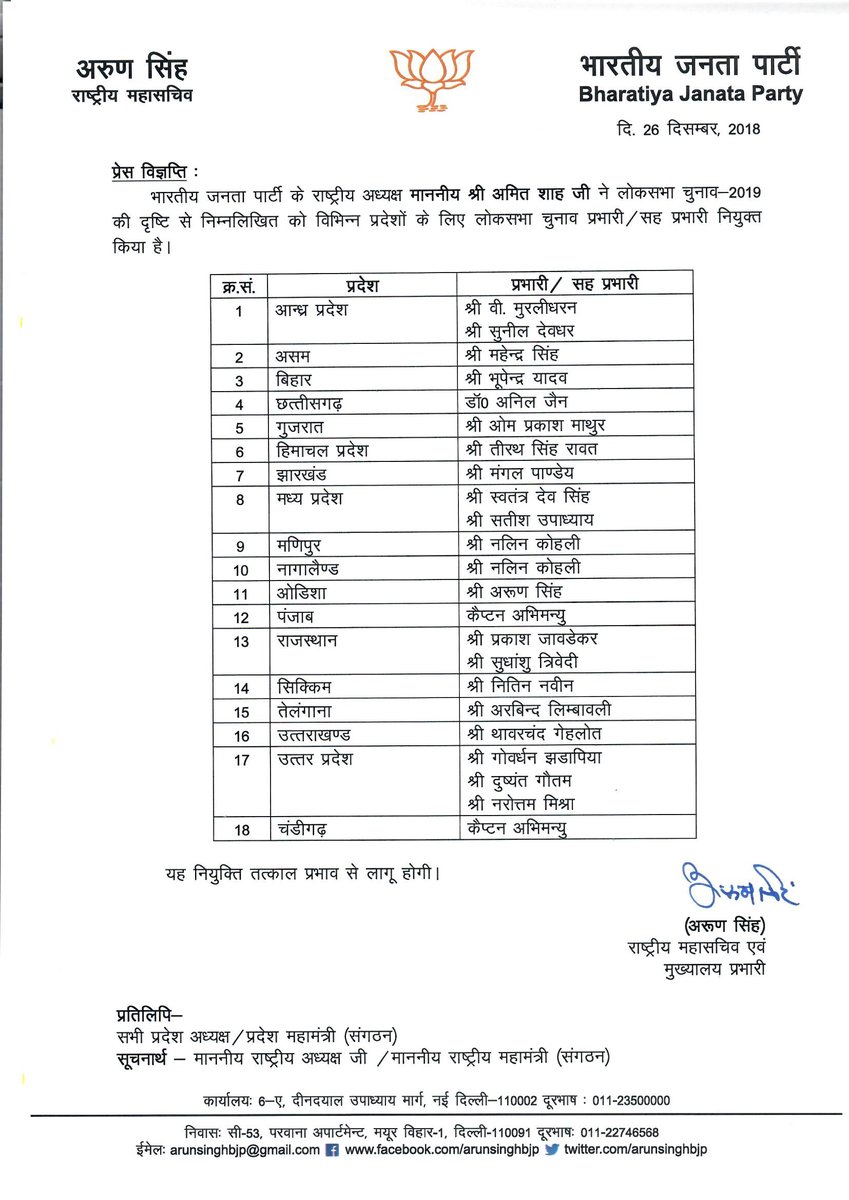 In the key state of Uttar Pradesh, Amita Shah has picked Gordhan Zadafia, Dushyant Gautam and Narottam Mishra for the job.

Meanwhile, in Rajasthan where BJP lost the assembly polls, senior leader Prakash Javadekar and Sudhanshu Trivedi will handle the functions for the party. Nalin Kohli will focus on northeastern states of Manipur and Nagaland.