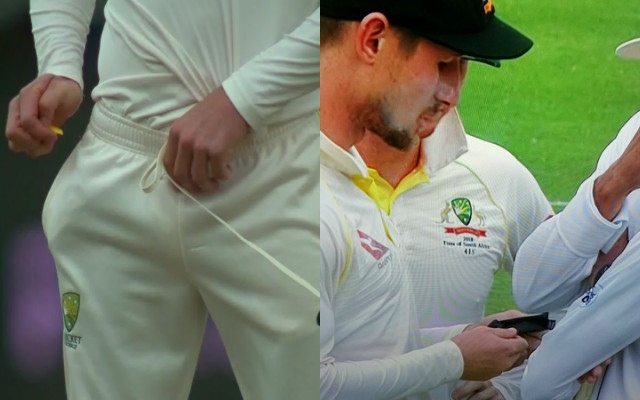 Shocking details of the ball tampering scandal that rocked cricketing world earlier this year have emerged as the banned Australian cricketer Cameron Bancroft admitted that David Warner asked him to alter the ball.

In an exclusive interview to Adam Gilchrist for Fox Cricket, Bancroft confirmed that Warner – who is serving a 12-month ban for his part in the saga along with Steve Smith – was the mastermind.

“Dave (Warner) suggested to me to carry the action out on the ball given the situation we were in the game and I didn’t know any better,” said Bancroft, who was banned for nine months for his part.

The ball tampering incident took place in Cape Town with the tacit approval of the captain Steven Smith, leading to a scandal that saw all three banned from the game.

“I didn’t know any better because I just wanted to fit in and feel valued really. As simple as that,” Cameron said.

“The decision was based around my values, what I valued at the time and I valued fitting in… you hope that fitting in earns you respect and with that, I guess, there came a pretty big cost for the mistake.”

Remembering the moment he had been caught, Bancroft said: “I felt trouble when the picture of me was on the screen, there’s no hiding in that moment. You’re vulnerable, you’re in the open.”

“(But) I’m not a victim, I had a choice and I made a massive mistake and that was in my control.”

Bancroft goes on to explain that for months now he has contemplated what would have been if he had refused to be a part of the tampering. And that he always came to the same conclusion. He felt he was damned if he did and damned if he didn’t.

“If I had said no, and went to bed that night, I would have had the exact same problem,” he continued.

“I would have gone to bed and felt like I had let everyone down. I would have felt that I hurt our chances of winning. If you actually look at both scenarios, they are both related to this idea that all I wanted to feel was a sense of value. Being true to myself, thats what I have had to enquire about alot.

“I had a choice and I made a massive mistake and that is what is in my control.”

Last week, Steve Smith said that his only part in the plot was to walk past Warner and Bancroft and throw his hands up and declare “I don’t want to know about it.”