Home Cityscape Factories in Delhi to remain shut till Dec 26 as air becomes... 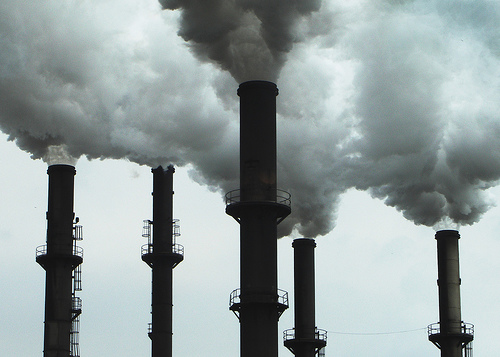 Factories located in certain areas of the National Capital Region have been asked to remain shut till December 26 as the air quality hit the worst levels in 2018. The air quality index which measures the concentration of poisonous particulate matter, was an average of 449 on Monday and 450 on Sunday.

The reason for the toxic smog trapped over New Delhi was unusually cold air, including fog, and a lack of wind. Smog is generated by vehicle fumes, pollution from coal-fired power plants and industries, as well as smoke from fires being burned to keep people warm hangs over the city.

The Environment Pollution (Prevention and Control) Authority on Monday received recommendations from the Central Pollution Control Board Task force, under the Graded Response Action Plan, directing factories located in hotspot industrial areas to remain closed till December 26 in NCR.

In a letter written to the Delhi Secretariat, it is mentioned that construction activities in Gurugram, Noida, Delhi, Faridabad, and Ghaziabad too shall remain closed till Wednesday. The letter also mentioned that strict action must be taken against industries failing to comply with these instructions.

In some parts of Delhi, pollution levels hit 654 on Monday, among the worst recorded this year, and visibility in some parts of the city was just 200 metres, the weather department said.

Delhi Chief Minister Arvind Kejriwal on December 18 had said his government is mulling over a new electric vehicle policy to reduce pollution in the national capital.

“We are working on reducing pollution in the national capital and an electric vehicle policy is being developed for the city. A draft policy has already been made and we are further holding talks with the experts, NGOs and other concerned people. We are planning to buy around 1,000 electric buses,” Kejriwal told ANI.

(with Inputs from ANI)