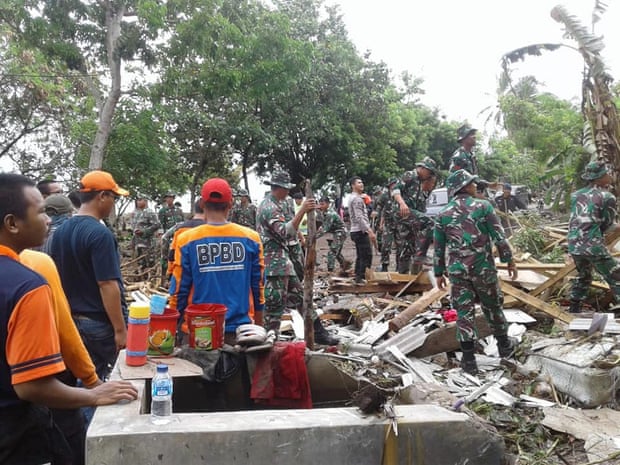 The death toll in the devastating Sunda Strait tsunami has crossed 280 as of Monday, while authorities have sounded an alert as the Anak Krakatau volcano continues to erupt.

Sutopo Purwo Nugroho, the spokesperson for the Indonesian National Board for Disaster Management (BNPB) tweeted that over 1,016 people have been injured while 57 are still missing due to the disaster which struck the region on the night of December 22.

The spokesperson, while sounding an alert, mentioned that Saturday night’s eruption is not the biggest and the area of two km radius from the top of the crater is dangerous.

World leaders like US President Donald Trump and Prime Minister Narendra Modi have extended their condolences and reinforced their support for Indonesia.

The tsunami struck tourist and residential areas on the night of December 22, after underwater landslides were triggered by a volcanic eruption according to Indonesia’s meteorological, climatological and geological agency.

ALSO READ: WATCH: When music concert was struck by Tsunami in Indonesia

The tsunami struck 24 minutes after the volcanic eruption. “The Geological Agency detected at 21.03 local time the Anak Krakatau (the volcano) erupted,” the agency said.

“It’s possible the materials around Anak Krakatau collapsed to the sea and triggered the tsunami and affected beaches around Sunda Strait,” it further mentioned.

The death toll is expected to rise as rescue operations are underway.