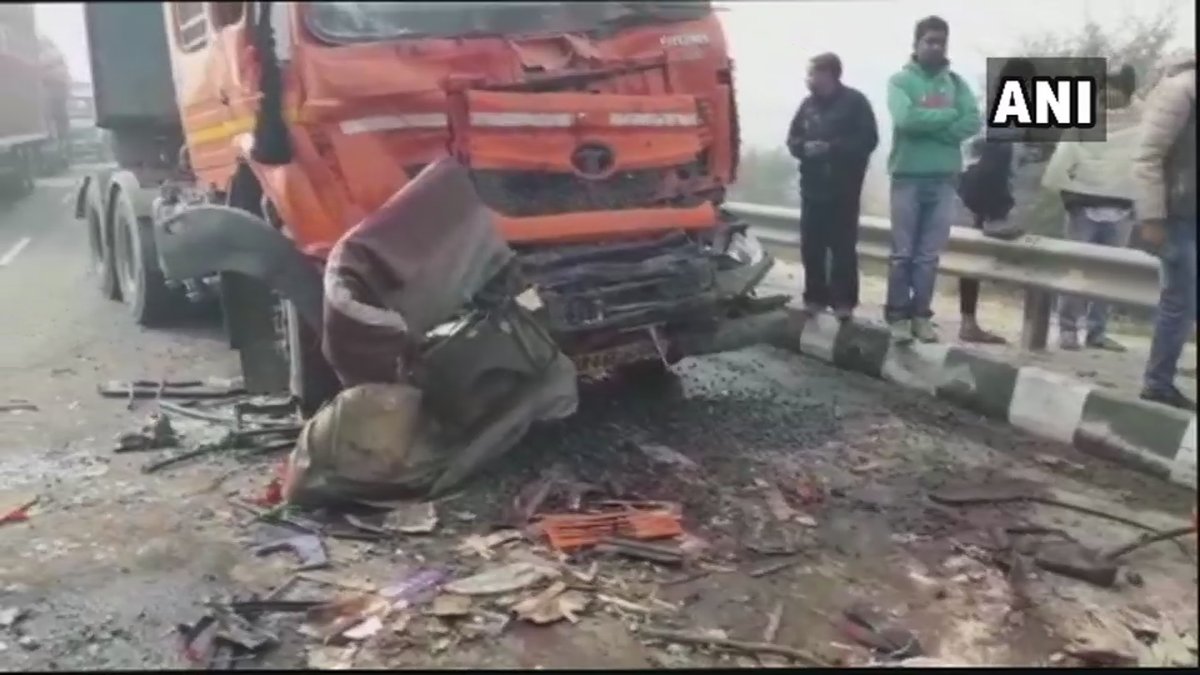 Seven people died on Monday in a fifty vehicle pile-up on the Rohtak-Rewari highway due to dense fog conditions. A school bus, trucks and cars are reported to be among the vehicles that collided due to poor visibility.

The pile-up occurred after the two vehicles collided on Badli Flyover on National Highway-71 and around 10 more piled up behind them due to poor visibility, leading to more injuries.

The dead are reportedly from the same family from Jhajjar’s Kidrot village. They were travelling in a jeep to Najafgarh in Delhi to condole the death of a relative.

There was a two-kilometer traffic jam on the highway after the accident.

“As the cruiser jeep was involved in an accident with a truck, other vehicles which were close behind also rammed into each other. The visibility was poor due to dense fog,” Jhajjar Police Official told mediapersons.

Cold waves have gripped northern India and the falling temperature have caused a dense layer of fog in many areas. While Haryana, Chandigarh, Delhi and west Uttar Pradesh had a layer of moderate fog on Monday morning, some pockets of Punjab an west Rajasthan reported very dense fog.

Further details about the pile-up are awaited.

Meanwhile, visibility in Amritsar and Ganganagar was fifty metres while that in Delhi’s Palam area was 500 metres. Several flights in national capital region were delayed on Monday due to poor visibility.

Snowfall in the hilly areas also increased the icy winds in parts of North India as the temperature in Srinagar plummeted to -6.8 degrees Celsius.

In Patiala, Ambala, Hissar, Bikaner, Bareilly and Delhi’s Safdarjung the visibility was 500 metres each, the Indian Meteorological Department stated in its report.

Weather conditions in most of the northern states will remain the same over the next couple of days. The mercury is likely to dip during nights as the air mass is flowing in the region, however, the sky will partly be sunny and cloudy.