Home Politics Neither Dalit nor Muslim, Lord Hanuman was a Jat, feels UP Min 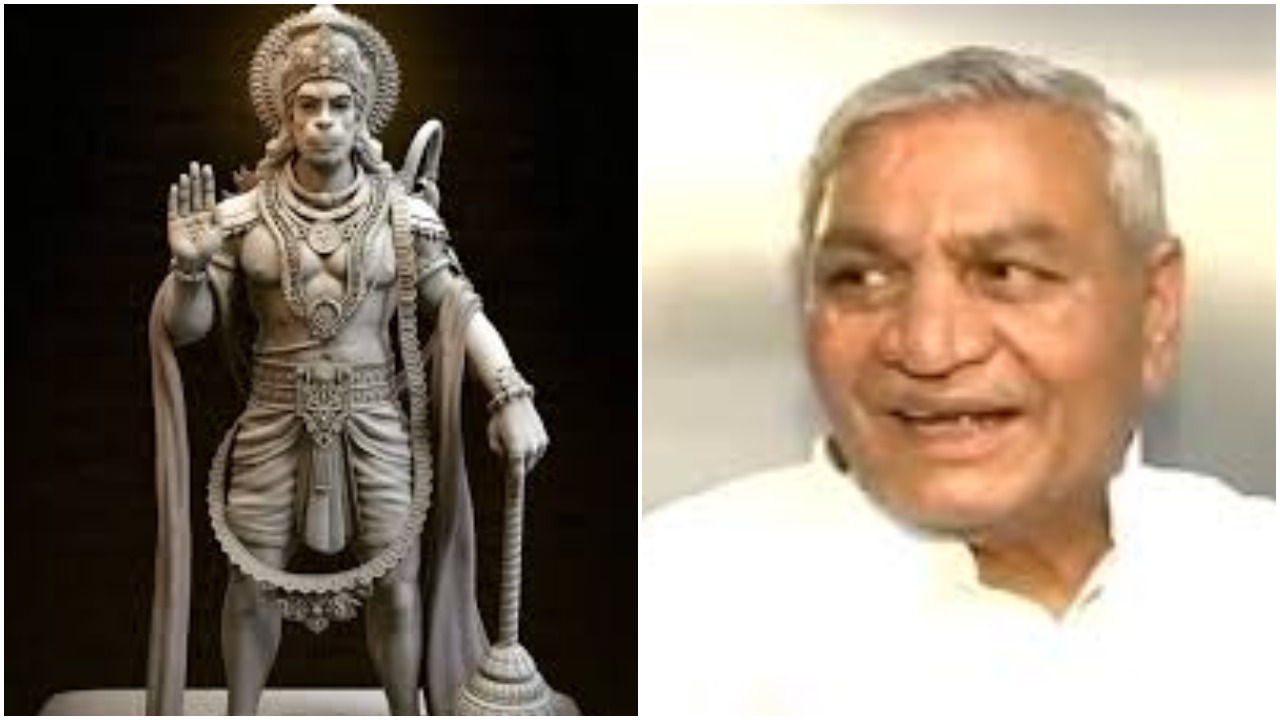 It seems, Lord Hanuman is neither a Dalit nor a Muslim, he is now a Jat. A UP minister on Friday said that Lord Hanuman belonged to the Jat community joining the debate surrounding the identity of the Hindu deity.

Laxmi Narayan Chaudhary, Uttar Pradesh’s Minister for Religious Affairs, likened the Hindu god’s characteristics to that of a person belonging to the Jat community.

“I think Hanuman ji was a Jaat, because upon seeing someone being troubled a Jaat also jumps in even without knowing the issue or the people. In this sense Hanuman ji’s behaviour was very similar to that of Jaat because following Goddess Sita’s abduction by Raavan he immediately came to Lord Ram’s help as his follower,” he told ANI.

Chaudhary, who also holds charge of Dairy Development, Culture, Minority Welfare, Muslim Waqf and Haj, further explained that a person’s lineage can be deciphered by noting their behaviour.

“Everyone who believes in the Sanatan Dharm would surely worship Lord Hanuman. Chief Minister Yogi Adityanath has already given an explanation on this issue. When yesterday this topic came to my notice, I gave my view that it is through an individual’s behaviour that we conclude about one’s lineage,” the minister opined.

On Thursday, BJP Member of Legislative Council (MLC) in Uttar Pradesh, Bukkal Nawab also gave a new dimension to the discussion over lord Hanuman’s identity by claiming that he was a Muslim.

“I believe that Lord Hanuman was a Muslim. That is why the names of the people in Islam are almost similar to Lord Hanuman, whether it is Rehman, Ramzan, Farman, Zeeshan and Qurban. Such types of names are found in Islam only,” Nawab argued.

Earlier, Uttar Pradesh Chief Minister Yogi Adityanath, while addressing an election rally in Alwar in Rajasthan, had said that Lord Hanuman was a Dalit. “Hanuman was a forest dweller, deprived and a Dalit. Bajrang Bali worked to connect all Indian communities together, from north to south and east to west,” he had said. Various political parties had condemned Adityanath’s remarks, with Samajwadi Party (SP) chief Akhilesh Yadav asking the Uttar Pradesh Chief Minister to disclose the caste of other deities as well.