Indian Space Research Organization (ISRO) successfully launched the GSAT-7A military satellite, which was carried on board the GSLV-F-11, from the Satish Dhawan Space Centre at Sriharikota in Andhra Pradesh on Wednesday.

At 4:10 pm, the GSLVF11 was launched carrying the GSAT-7A military satellite and half an hour later successfully launched the GSAT-7A  into the Geosynchronous Transfer Orbit which is situated about 36,000 kms from Earth. The satellite will be fully functional after a month after the testing of payloads is completed. 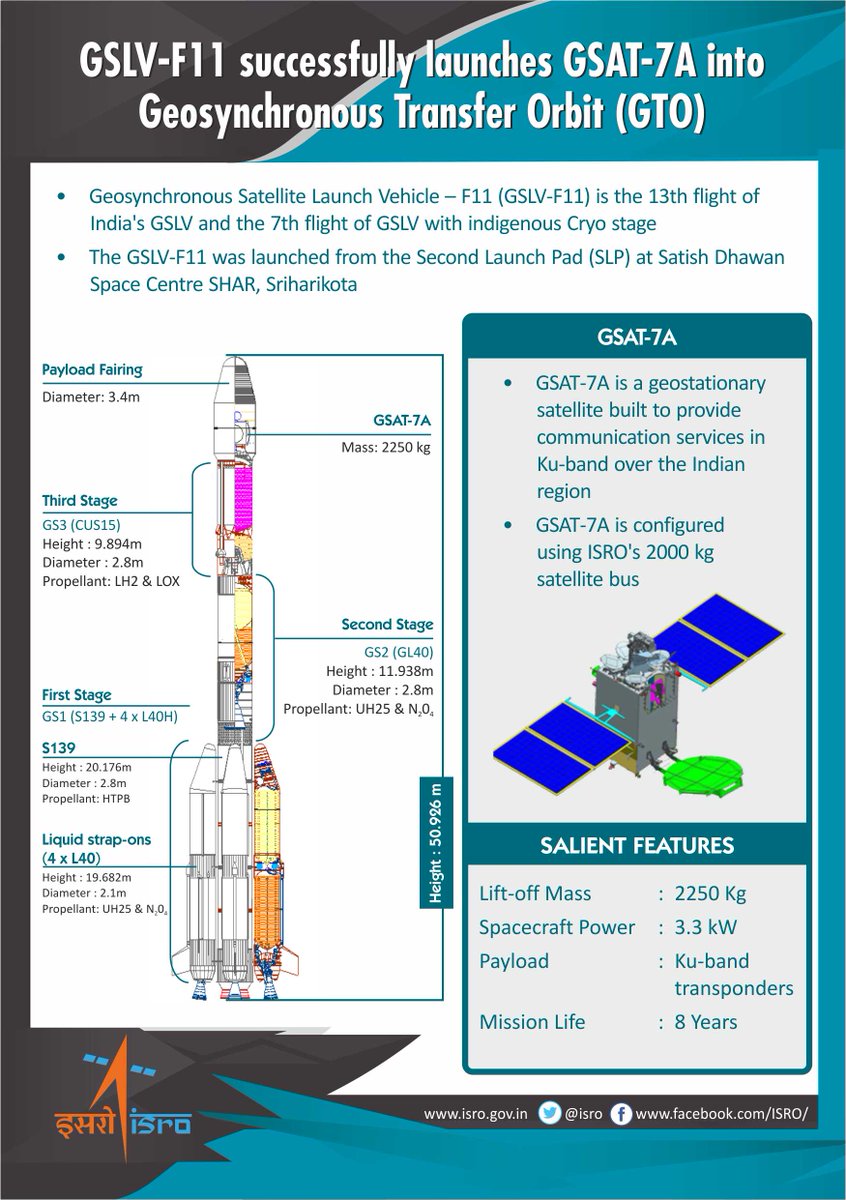 This launch marked the 35th successful launch of a communication satellite from ISRO and is the first satellite from the organization which is built exclusively for the Indian Air Force to help it in reducing its dependency on ground-based control stations and make improvements in the area of satellite-controlled unmanned aerial vehicles (UAVs).

The GSAT-7A will be a part of the band of communications satellites including GSAT-7 and GSAT-6, which will be used by Indian security forces. ISRO had earlier launched CartoSAT satellites, a Hyperspectral Imaging Satellite and a RadarSAT to aid the Indian forces. The Indian Navy also has a dedicated satellite called the GSAT-7 (Rukmini) launched in the year 2013.