A video is making rounds on social media in which a man can be seen praising Prime Minister Narendra Modi and the work of the government. Interestingly the man in the video is claimed to be the father-in-law of newly elected Rajasthan Deputy Chief Minister Sachin Pilot. 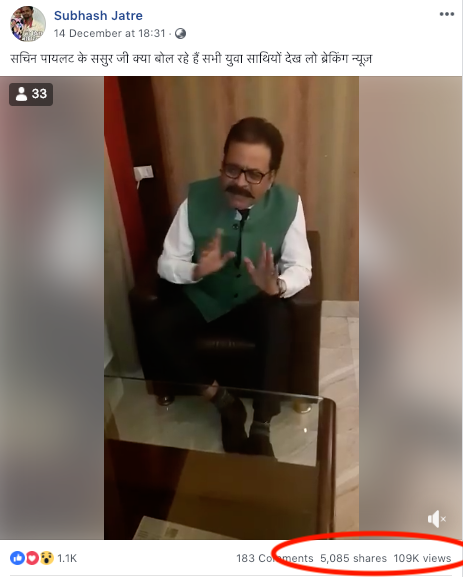 The video has gone viral on social media. At the time of filing of this report, the above video was viewed by over 1,00,000 people on Facebook and over 5,000 users shared it.

The claim about the relationship of the man in the video with Sachin Pilot is completely baseless as he is not the father-in-law of Rajasthan Deputy Chef Minister. 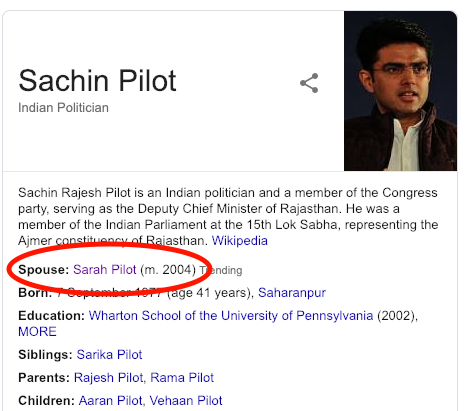 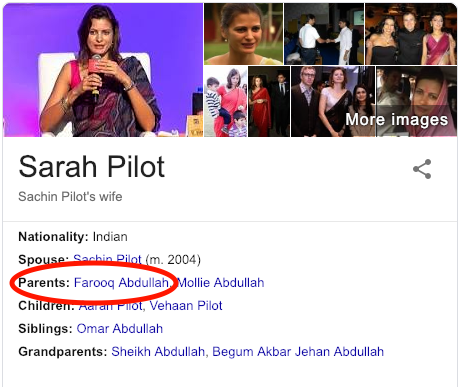 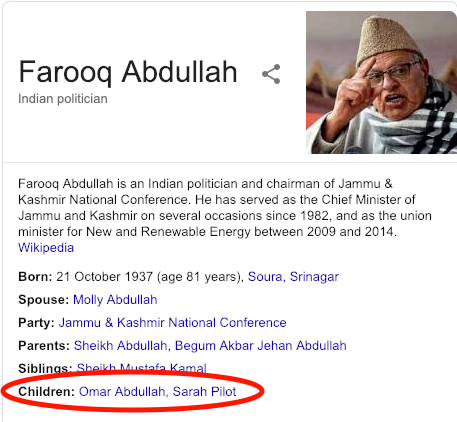 The man in the video is yet to be identified but he is certainly now Sachin Pilot’s father-in-law.