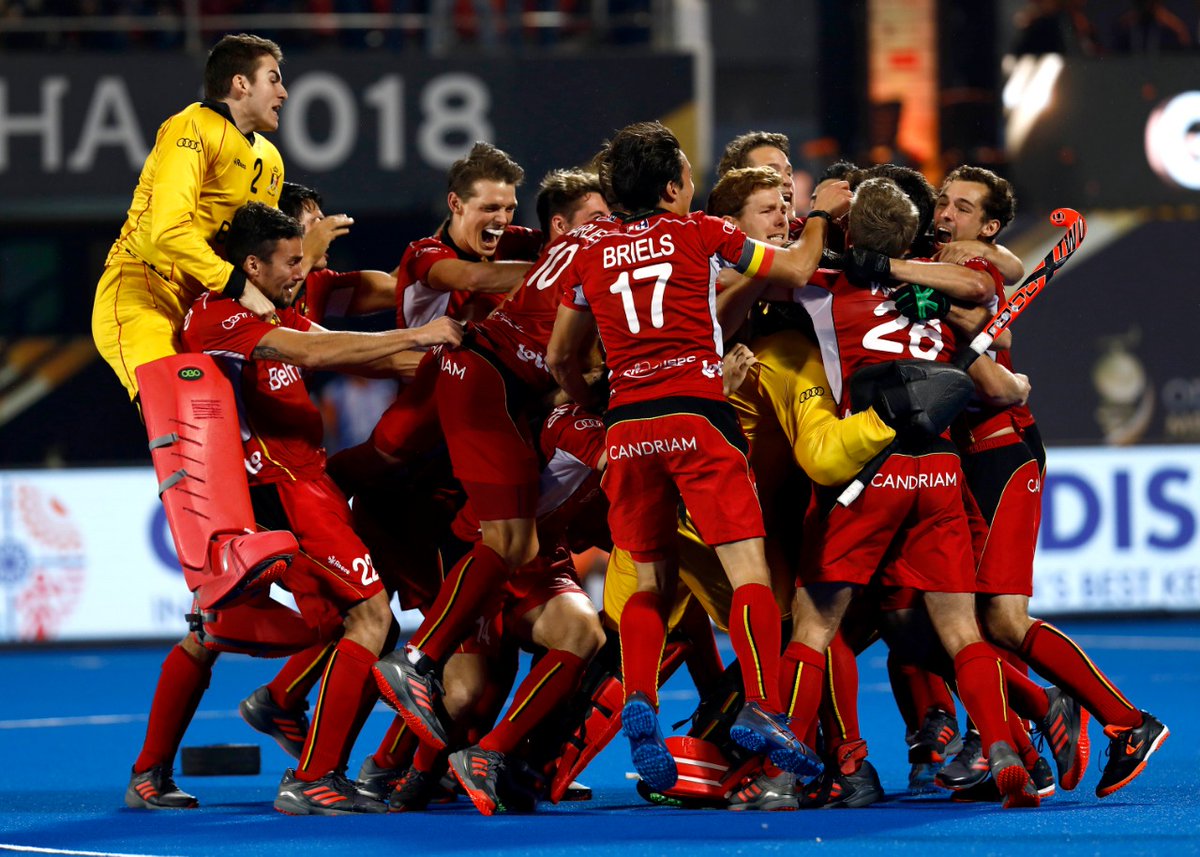 Belgium pipped the Netherlands via a penalty shootout to lift their maiden title of the Men’s Hockey World Cup 2018 at the Kalinga Stadium on Sunday.

During the gruelling four quarters, the two teams played an aggressive brand of hockey, with both of them attempting to up the ante and take the match ahead. However, none of the teams opened their accounts and in the end, with the scoreline at 0-0, the game went into the shootout.

Belgium’s Arthur Van Dorean and Felix Denayer missed their respective marks. While Jeroen Hertzberger of the Netherlands scored their first goal to keep the momentum going for the ‘Oranje’ team.

Dutch striker Mirco Pruyser, Seve van Ass, and Thijs Van Dam failed to give the team the undue advantage as the buckled under pressure from a resurgent Belgium. In the decisive moment, Hertzberger, who scored the first goal for the ‘Oranje’ failed for the second time, while van Aubel struck for the second time, triggering wild celebrations in the Belgian camp.

With this victory, Belgium took the gold medal, while the Netherlands settled for the silver.

The nearly sold-out crowd were in for a treat as Master blaster and former Indian batsman Sachin Tendulkar attended the finals of the prestigious tournament.

Earlier on Sunday, Australia registered a thumping 8-1 win over England to bag the bronze meal in the third group match of the tournament.