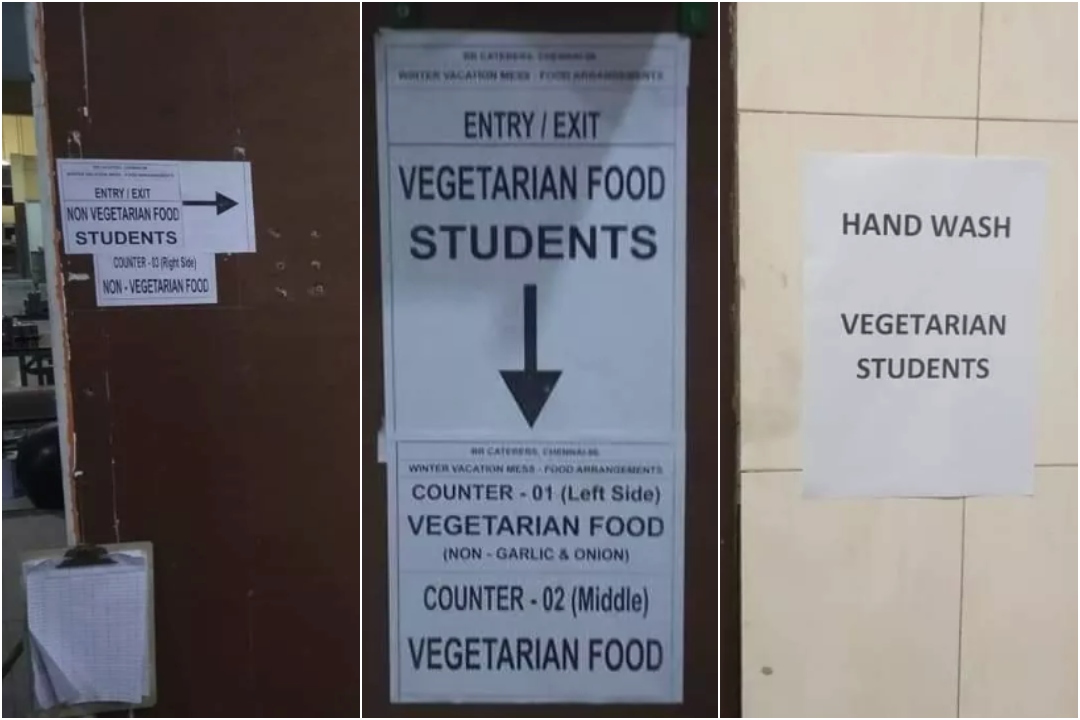 IIT Madras has been in the centre of controversies as days after name shaming the students for contraband items on notice board, students have alleged discrimination by the premier institution as posters earmarking separate entry and exit points and wash basins for vegetarian and non-vegetarian students have been allegedly pasted at a mess.

While pictures of the posters bearing the name of a local caterer and pasted near the doors of the mess were circulated by some students on the social media, an official pleaded ignorance about them and said if found to be true the hand-bills will be removed. 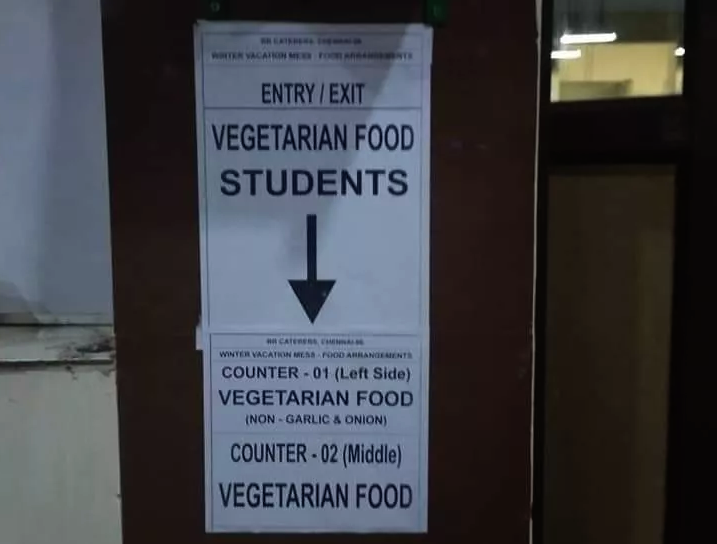 A student said the posters had been put up near two entrances of the north Indian mess located on the second floor of Himalaya Mess Complex, specifying separate entry points and wash basins for non-vegetarian and vegetarian students. 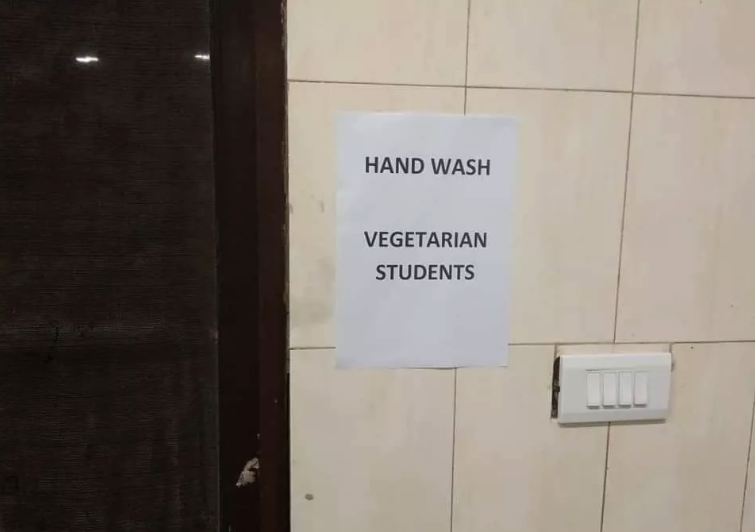 A research scholar reportedly alleged that what started as a demand for a mess catering to ‘pure’ vegetarians last year had now become full-fledged untouchability’.

“This is the first time a mess has two separate entrances for vegetarians and non-vegetarians. Not just that, even separate wash basins and separate utensils as well,” the student was quoted in a report. 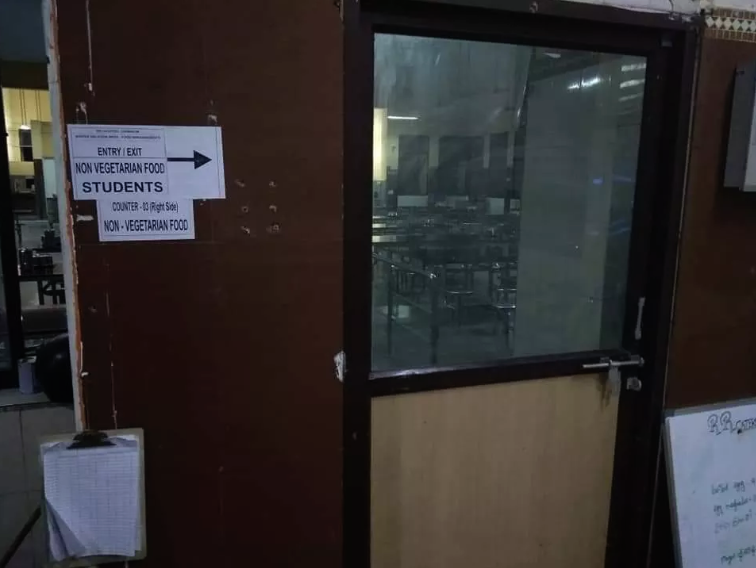