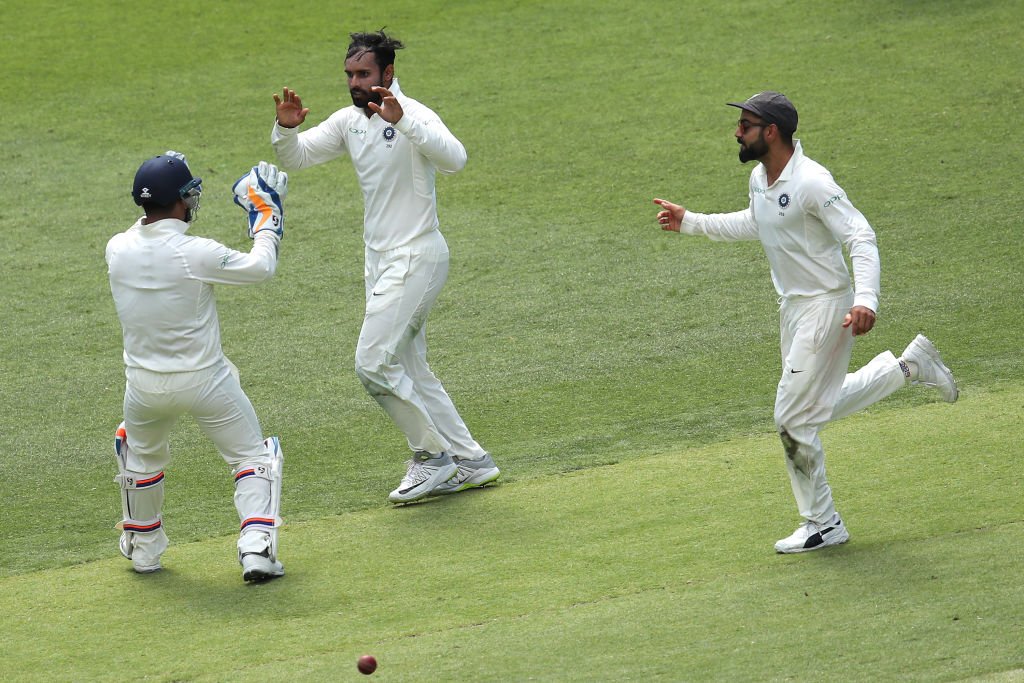 At Tea-time on Day 1 of the 2nd Test match between India and Australia on Friday, India has claimed three wickets while Australia is batting at 145.

As India lost the toss it was asked to bowl first in the second Test of the four-match series at the Perth. Aussie openers – Aaron Finch and Marcus Harris – had a good partnership making it only the sixth time their opening stand has crossed 50 this year.

At lunch Australia were 66/0 but the first wicket fell quickly with Finch going back to the pavilion.

The second wicket came when Australia was 130 and U Khawaja was caught by Rishabh Pant on a delivery by Umesh Yadav.

Indian captain Virat Kohli said had he won the toss, he too would have opted to bat first. Talking about the pitch, he said, “I was pretty happy to see the pitch the way it is, I hope no more grass is taken off it. That would mean that the first three days would be very lively. We as a team are pretty happy with that.”

Australian captain Tim Paine, on the other hand, hoped that with hot conditions the pitch will hopefully undergo a change. “It is really warm today and with some hot weather around we expect it will crack up a bit,” he said.

India are currently leading the series by 1-0 as Men in Blue secured a 31-run victory in the opening Test at the Adelaide Oval.

R Ashwin and Rohit Sharma and Prithvi Shaw undergoing are out of the second Test after sustaining injuries.

Shaw, who hurt his left ankle in a friendly match, is still undergoing treatment. He had struck a fluent 66-runs during the warm-up game against Cricket Australia XI.

Following are the playing XI for both sides: