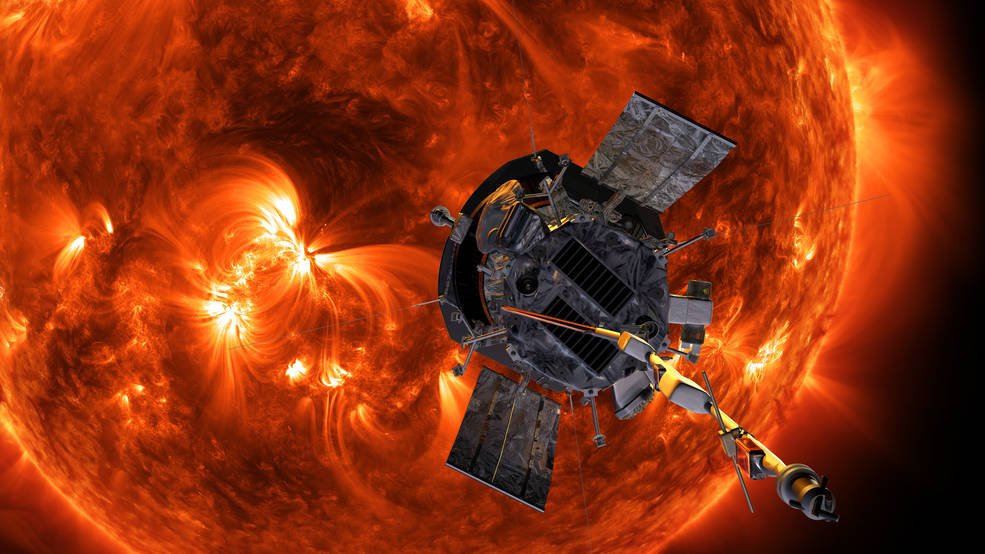 Venturing into the challenging and unexplored territory, NASA’s Parker Solar Probe is on a mission to fly close to the Sun and understand more about its environment.

NASA has just released the first image captured by Parker’s WISPR (Wide-Field Imager for Solar Probe), giving us a glimpse into the sun’s atmosphere.

ICYMI: We have a new view of the Sun’s atmosphere, the corona, from our #ParkerSolarProbe mission. This image was captured on Nov. 8, 2018, when the spacecraft was just 16.9 million miles from our star. 🛰📷☀️ https://t.co/kec0t4mey5 pic.twitter.com/b2fexj9XNa

According to NASA, the image was taken when the probe was about 16.9 million miles from the Sun, inside its corona.

The image shows two distinct jets of solar material, called coronal streamers. A bright spot in the distance is seen which is gas giant Jupiter.

The Parker Solar Probe has been out on the mission since only four months and already holds records of becoming the closest object to the Sun ever, and the fastest spacecraft in the history.

It will undergo a second flyby in April 2019 while the mission will continue until 2025.