Congress president Rahul Gandhi, on Tuesday, reiterated his party’s ‘EVM manipulation’ concerns and said that the question about its reliability is very much on the table even now.

Addressing a press conference here, Gandhi said, “Throughout the world, it is a generic question that EVM has problems. If the people are uncomfortable with EVM, it has to be addressed. The central issue concerning EVM still remains. There is a chip in EVM, which can be impacted and the whole election can be manipulated. The question of EVM is still on the table.” 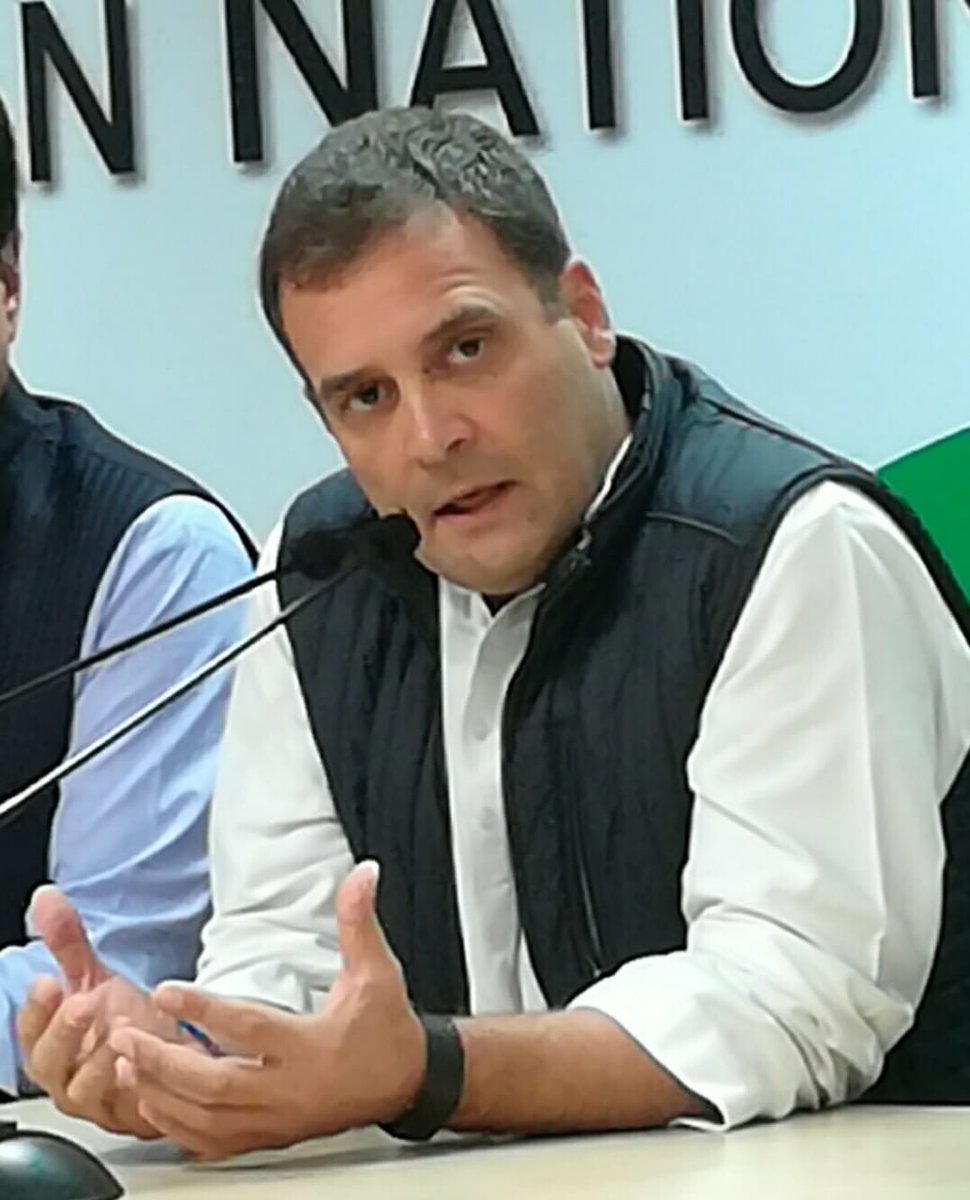 Later in the day, while speaking to ANI, Finance Minister Arun Jaitely rejected any such worry and asserted that the EVMs have been in use for over two decades since the mid-1990s in the country.

ALSO READ: BJP lost because PM Modi didn’t listen to the heartbeat of…

He said, “EVM came to this country in the mid-1990s and we have been using EVMs for the last 20 years. Our Election Commission is a very professional body and they look into any issues that EVMs face. Moreover, EVMs were brought by the Congress and not by us. Hence, making EVM an issue means they have no other issue left.”

In the assembly election results announced on Tuesday, the BJP has lost power in Rajasthan and Chhattisgarh and appears to have fallen short of the majority mark in Madhya Pradesh, in a major blow to the saffron party ahead of the Lok Sabha elections, as per the latest result details shared by the Election Commission of India.