The semi-finals of the Elections 2019 has changed the footprint of the Congress in the country from a few specks in the south and east to a solid chunk in the heartland. Rahul Gandhi-led campaign has paid dividends as the Congress is all set to form governments in Chhattisgarh and Rajasthan.

However, Madhya Pradesh continues to be a cliffhanger with the neither BJP or Congress getting a clear majority. After winning 114 seats Congress is two short of majority whereas BJP with 109 seats needs ally with six candidates to reach majority.

The BSP and independents having a total of seven seats will play kingmakers in the state, to decide which Kamal will bloom in the state. 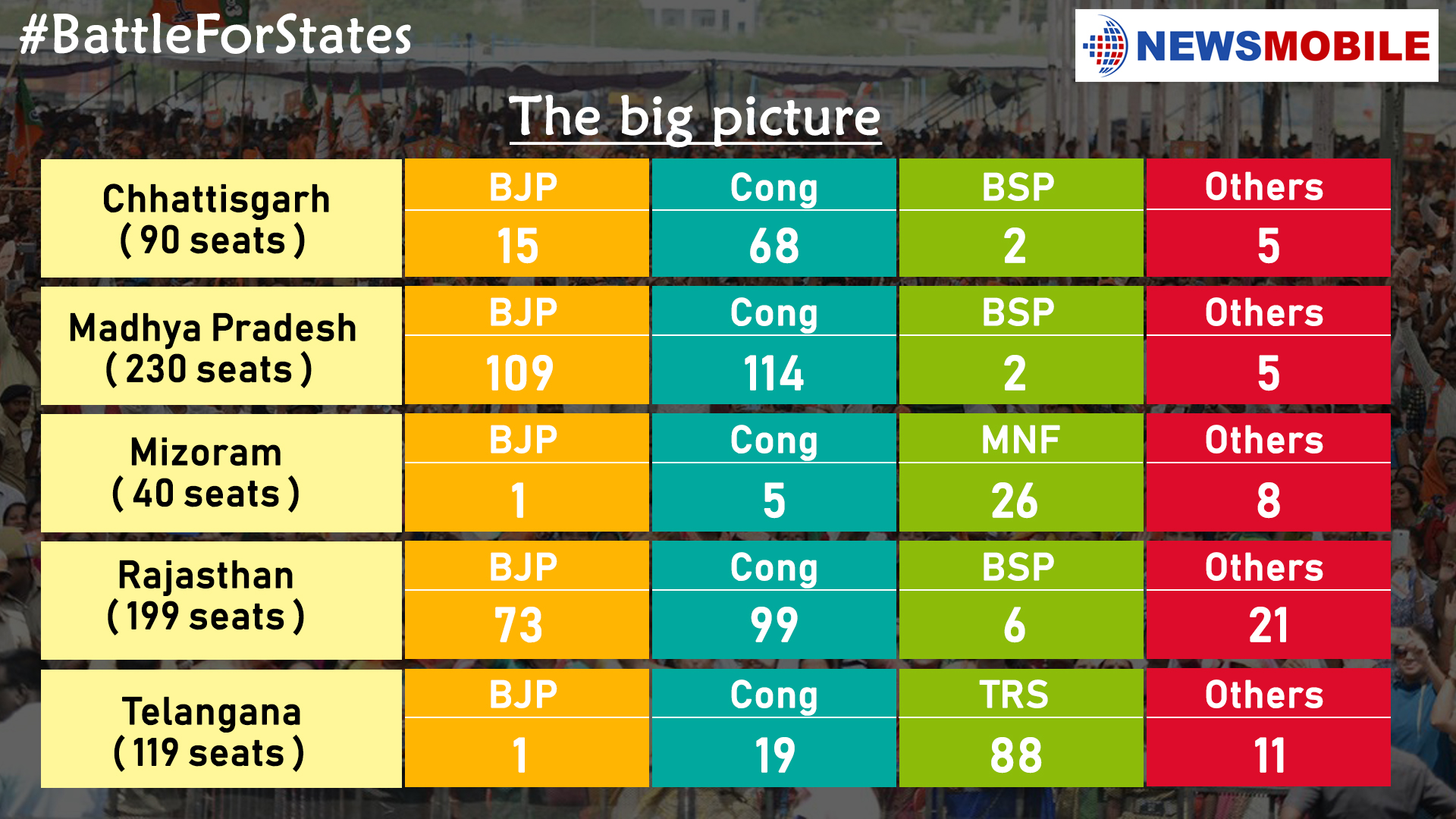 In Telangana, K Chandrashekar Rao will be sworn in as the chief minister.

As Vasundhra conceded defeat in the state Congress is seeking time to form the government. Similar is the case with Chhattisgarh.

By losing Mizoram, Congress’ last bastion has fallen in the North East. All eyes on the Party leadership as they announce the chief ministers of the states.