The trends in the assembly election results in Madhya Pradesh point to a nail biting finish as the BJP and Congress are literally neck-to-neck in the state with leading in 111 and 111 seats respectively.

The others in the fray are BSP leading in 3 seats and independents in 4 seats. Since, political parties need to have a majority, which is the halfway mark of 116, BSP and the independents are likely to play kingmaker in the state.

According to reports Congress leaders have opened backchannels with the Bahujan Samaj Party (BSP), Samajwadi Party (SP), Gondwana Gantantra Party (GGP) and independents who are leading. 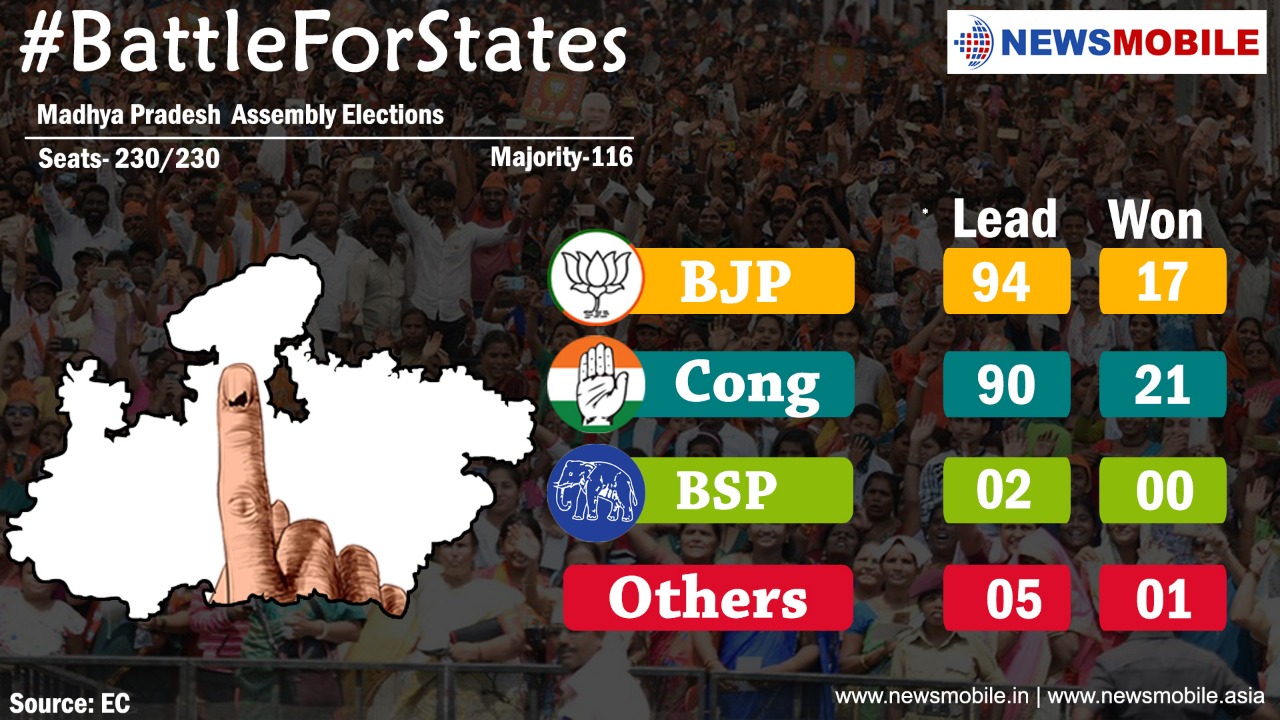 Mayawati, who had snubbed the Congress before the polls and refused to tie-up in Madhya Pradesh and Chhattisgarh, is believed to have called her winning party lawmakers for a meeting in Delhi.

The election was held in Madhya Pradesh on November 28 and 75% of the state’s 5.03 crore voters exercised their franchise, with around 1.64 lakh people having voted on an average in each constituency.

Exit polls have projected a close contest for both the BJP and Congress.

Some interesting facts about the state:

Under Shivraj S Chouhan’s three non-continuous terms, voter fatigue set in. Other challenges in the sates are unemployment which rose by 16% between 2004-2018, rural distress in the farmer belt, gap in communication of BJP’s development agenda and the dominance of Hindutva policies.

Boris Johnson Steps Down As British PM, Says, ‘Will Serve Until...