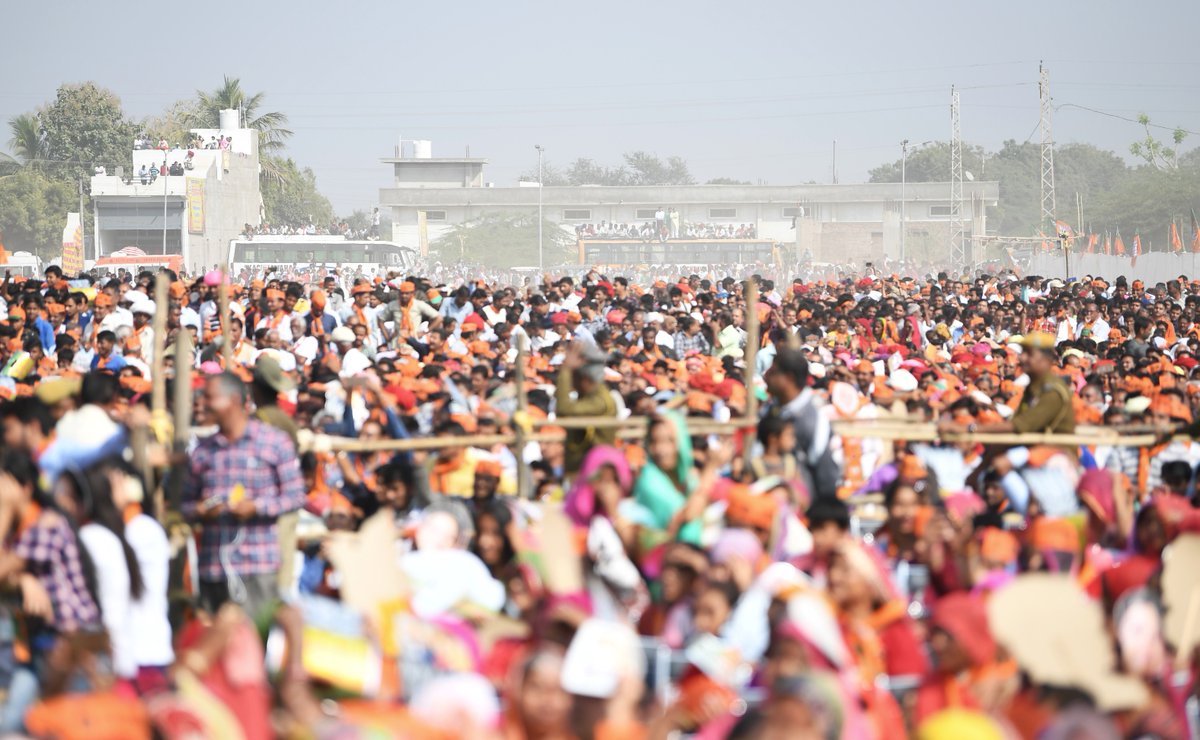 The Battle for States entered the final round as Rajasthan and Telangana voted for assembly polls on Friday and the the voting in five states – Telangana, Chhattisgarh, Rajasthan, Madhya Pradesh, and Mizoram – has concluded. The results will be declared on December 11.

According to the poll of exit polls, BJP and Congress are neck to neck in Madhya Pradesh and Chhattisgarh. 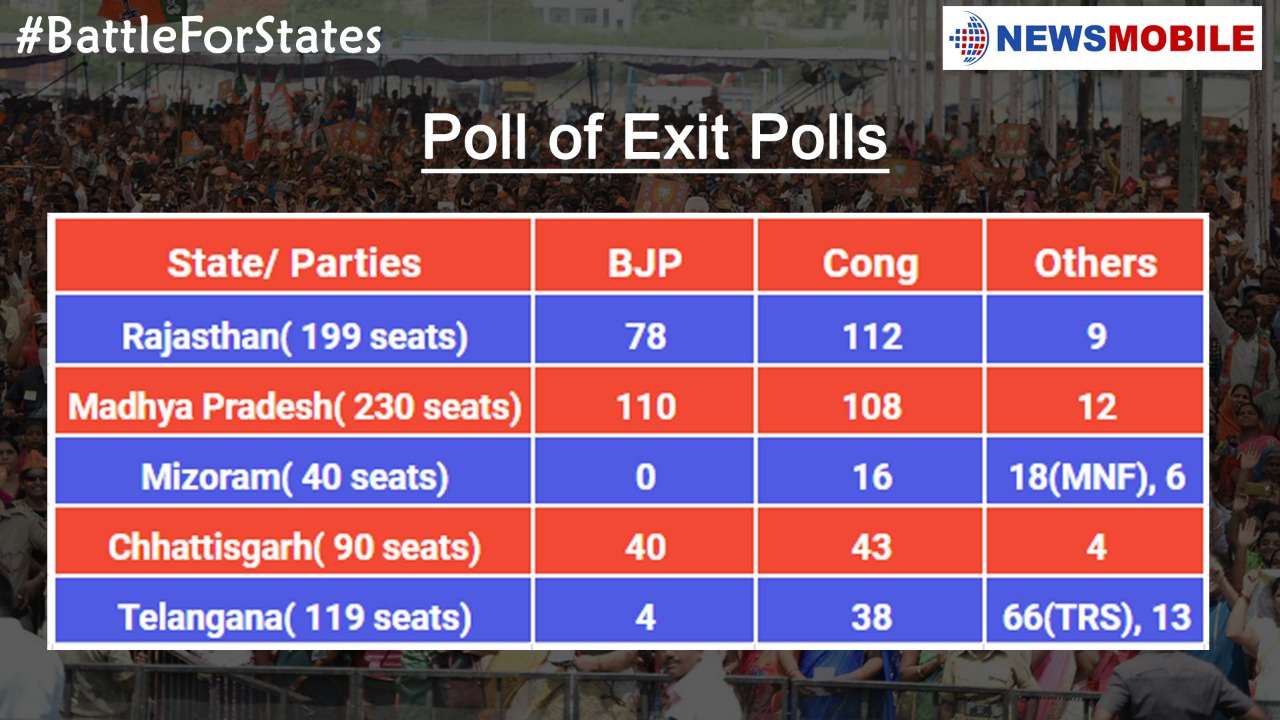 In Madhya Pradesh, the fight was between Chief Minister Shivraj Singh Chouhan and his rival team of Jyotiraditya Scindia, Kamal Nath and Digvijaya Singh.

In Chhattisgarh, the Congress hopes to dethrone Raman Singh, the Chief Minister who is seeking his fourth term.

Congress in Chhattisgarh is estimated to win the majority seats with a figure of 43 out of the 90 seats, while BJP isn’t far behind with an estimated win of 40 seats.

Congress sees a comfortable win in the state of Rajasthan with an estimate win of 112 out of the 199 seats, while BJP stands at 78 seats.

In Telangana, the Congress-TDP alliance took on the TRS.

Telangana sees a clear victory for TRS (Telangana Rashtra Samithi ) for the state. While BJP remains the lowest with an estimate of a 4- seat win out of the total 119 seats.

The MNF (Mizo National Front ) holds majority of the seats with 18 out of the 40 seats, while Congress isn’t far behind with 16 seats. BJP is at a loss of seats with 0 wins.