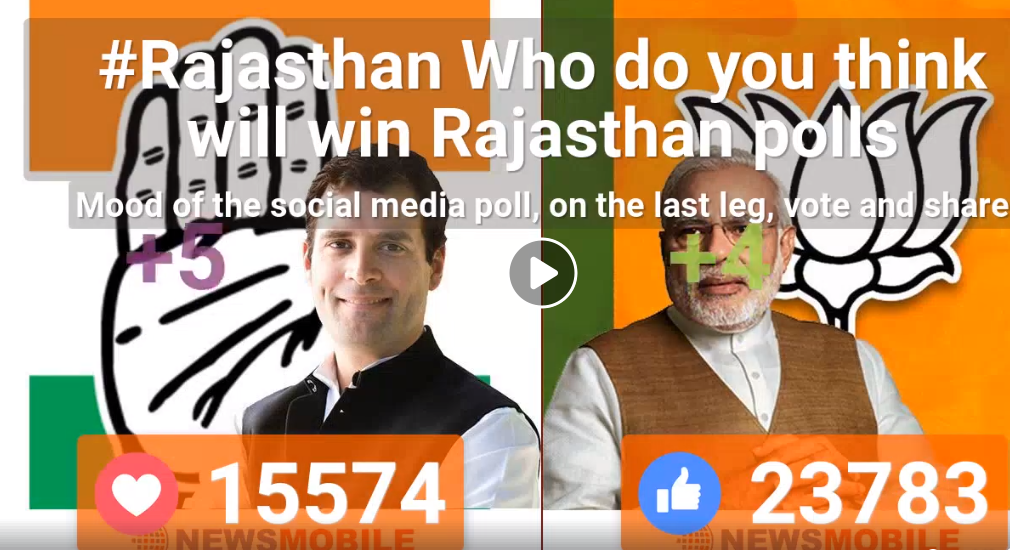 As Rajasthan goes to polls on Friday, NewsMobile conducted a Facebook LIVE poll in which we asked users ‘Who do you think will win Rajasthan polls?’

The four-hour opinion poll on Thursday, reached over 2 million people and suggests that BJP is the favoured winner.

It seems that PM Modi’s campaign provided a lift to BJP’s chances in the state. While almost 40% of the people, who voted on social media, said that Congress will form the government in the state, a majority 60% said that BJP will win elections in Rajasthan.

ALSO READ: Battle For States: Campaigning ends in Rajasthan, Telangana ahead of polling

The Prime Minister held multiple rallies in the state in the last ten days before campaigning came to an end on Thursday. Rajasthan will go to polls on December 7 and results will be announced on December 11th.