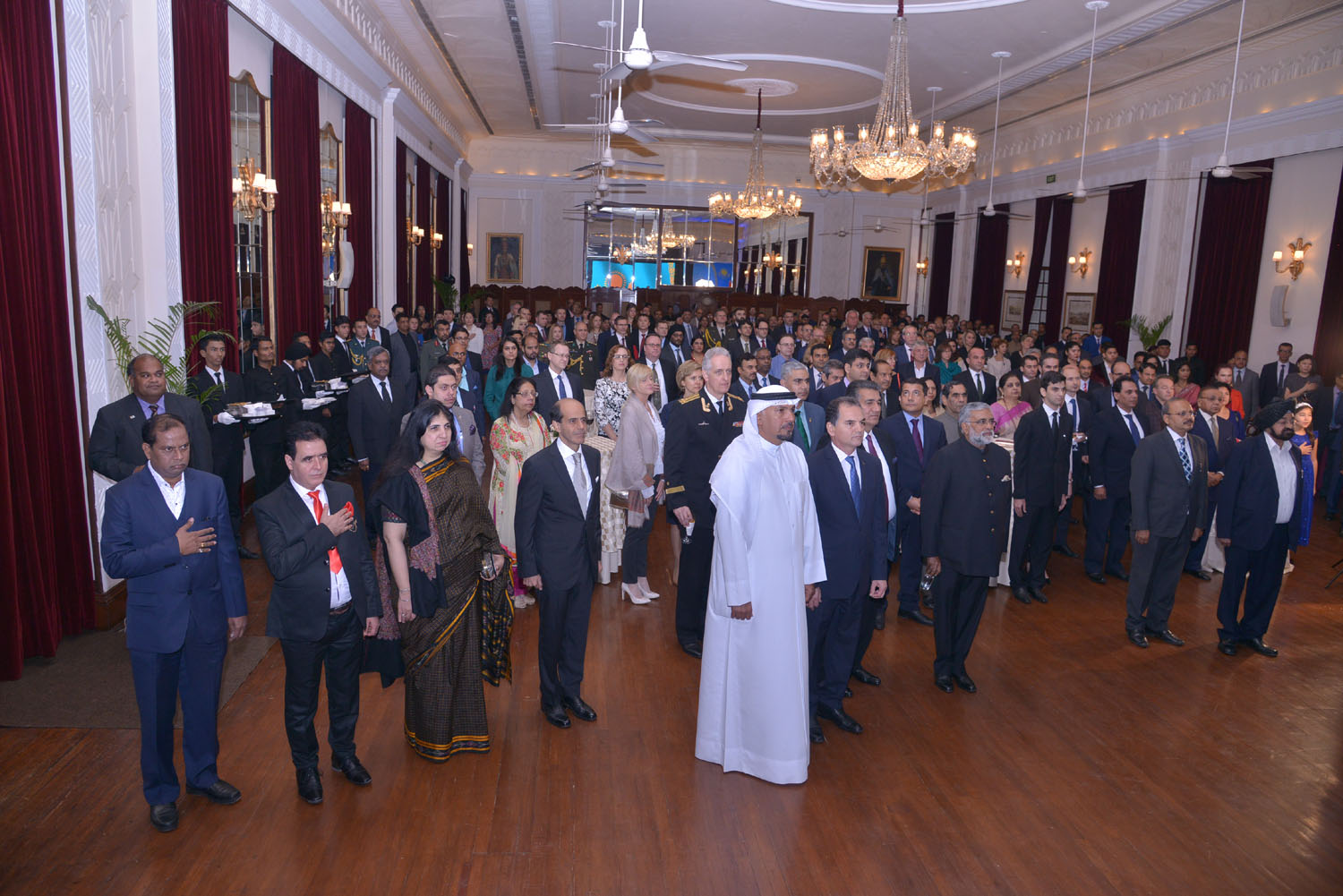 The festive event which took place in the central part of the national capital, witnessed representatives of government, parliamentary, business and public circles of India and diplomatic missions accredited to Delhi. 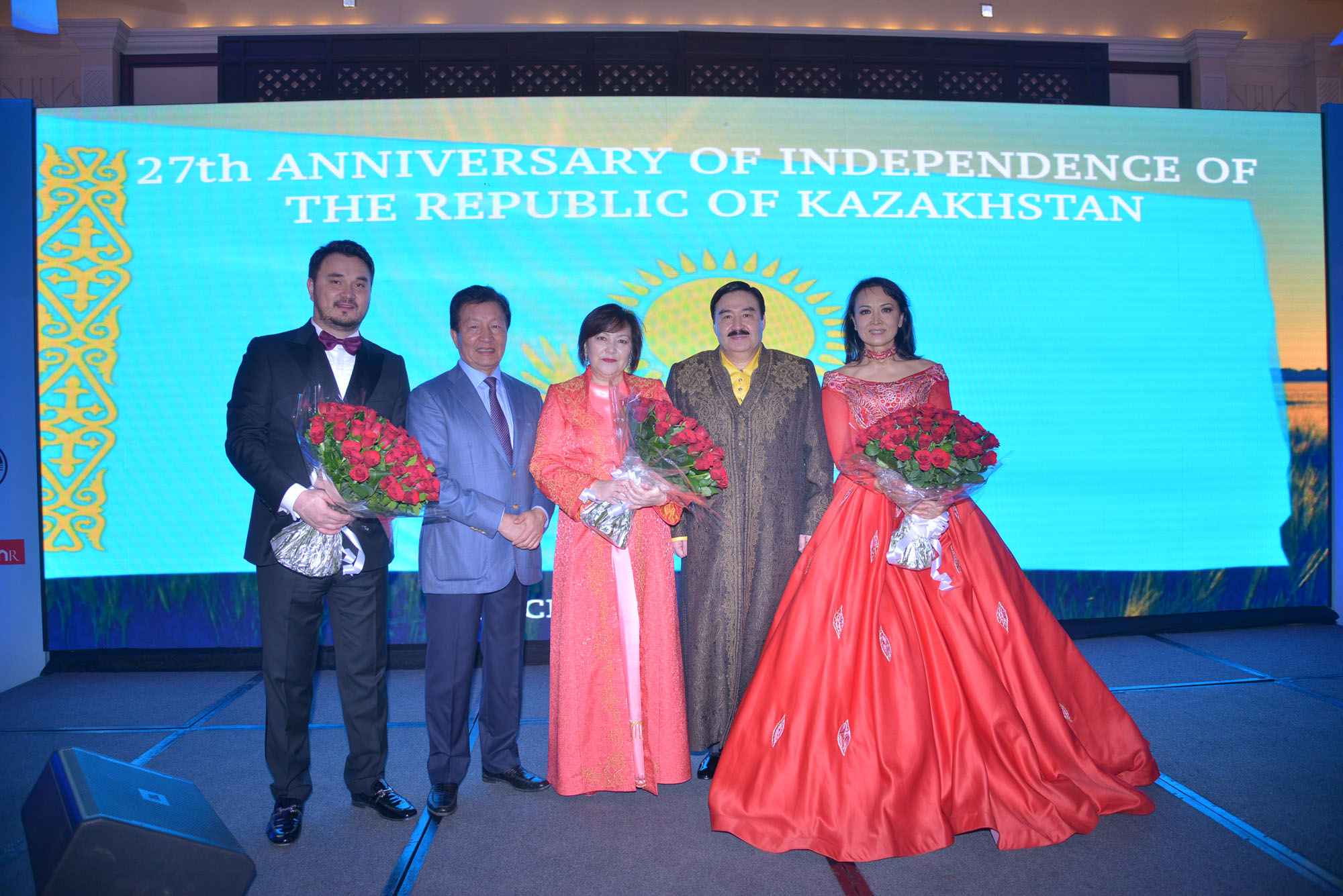 Honorary guest of the event was A. Gitesh Sarma, Secretary (West), Ministry External Affairs of India.

In a welcoming speech, the Ambassador of Kazakhstan to India Bulat Sarsenbayev described the main stages of the country’s formation, highlighted the great contribution of Astana’s international initiatives for strengthening international peace and security. The Ambassador acquainted participants with the State of the Nation Address of the President of Kazakhstan Nursultan Nazarbayev “Growing welfare of Kazakh citizens: Increase in income and quality of life” and presented a brochure with the text of the Message in Hindi and English languages. He also spoke about the main areas of cooperation between Kazakhstan and India, outlined the areas of perspective cooperation between the two countries. 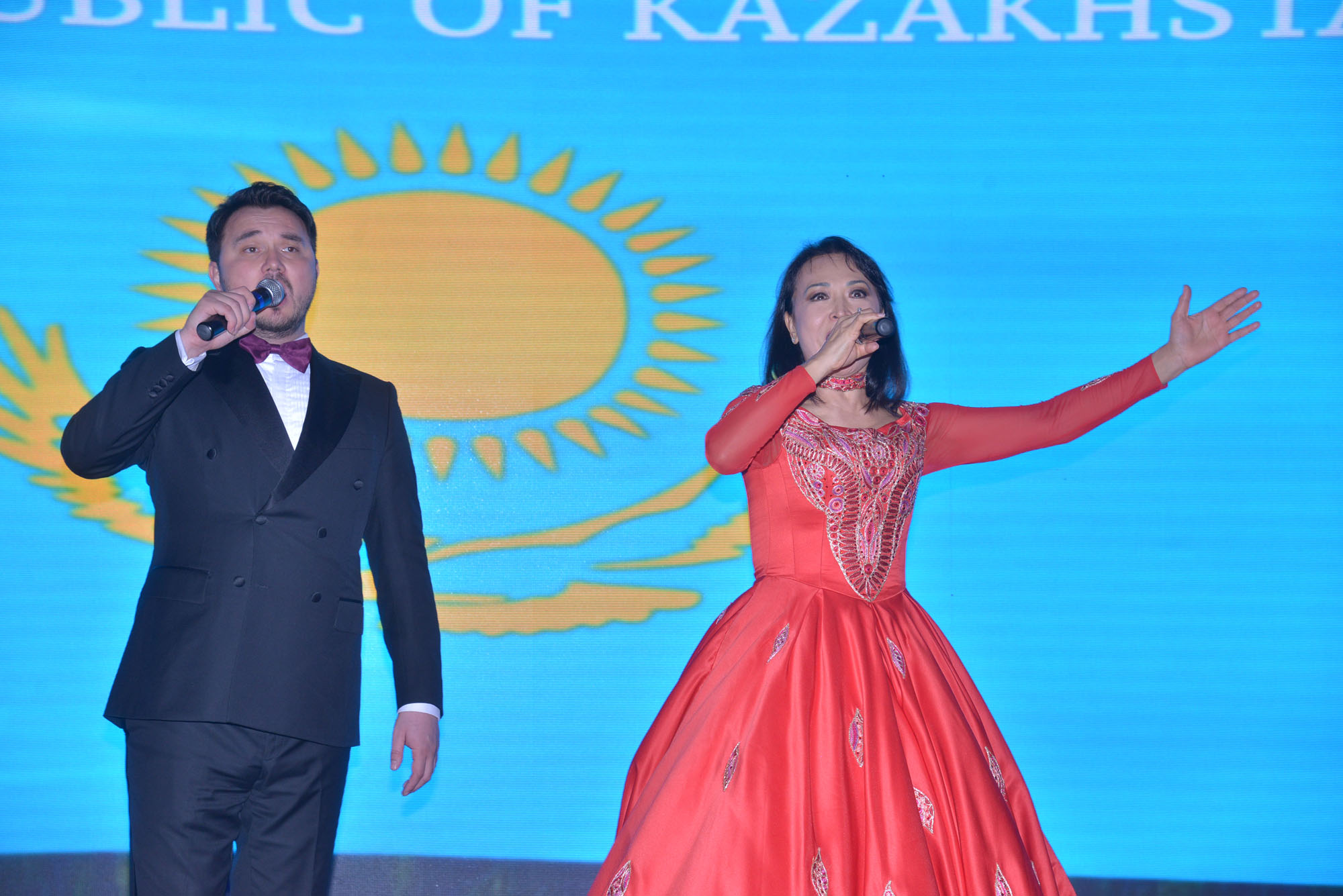 The guests of the evening greeted with ovasions the performance of the famous Kazakh opera singer Nurzhamal Ussenbayeva, as well as the leading soloist of the theater “Astana opera” Sundet Baigozhin, who delighted the audience with a program of masterpieces of World opera and Kazakh folklore. 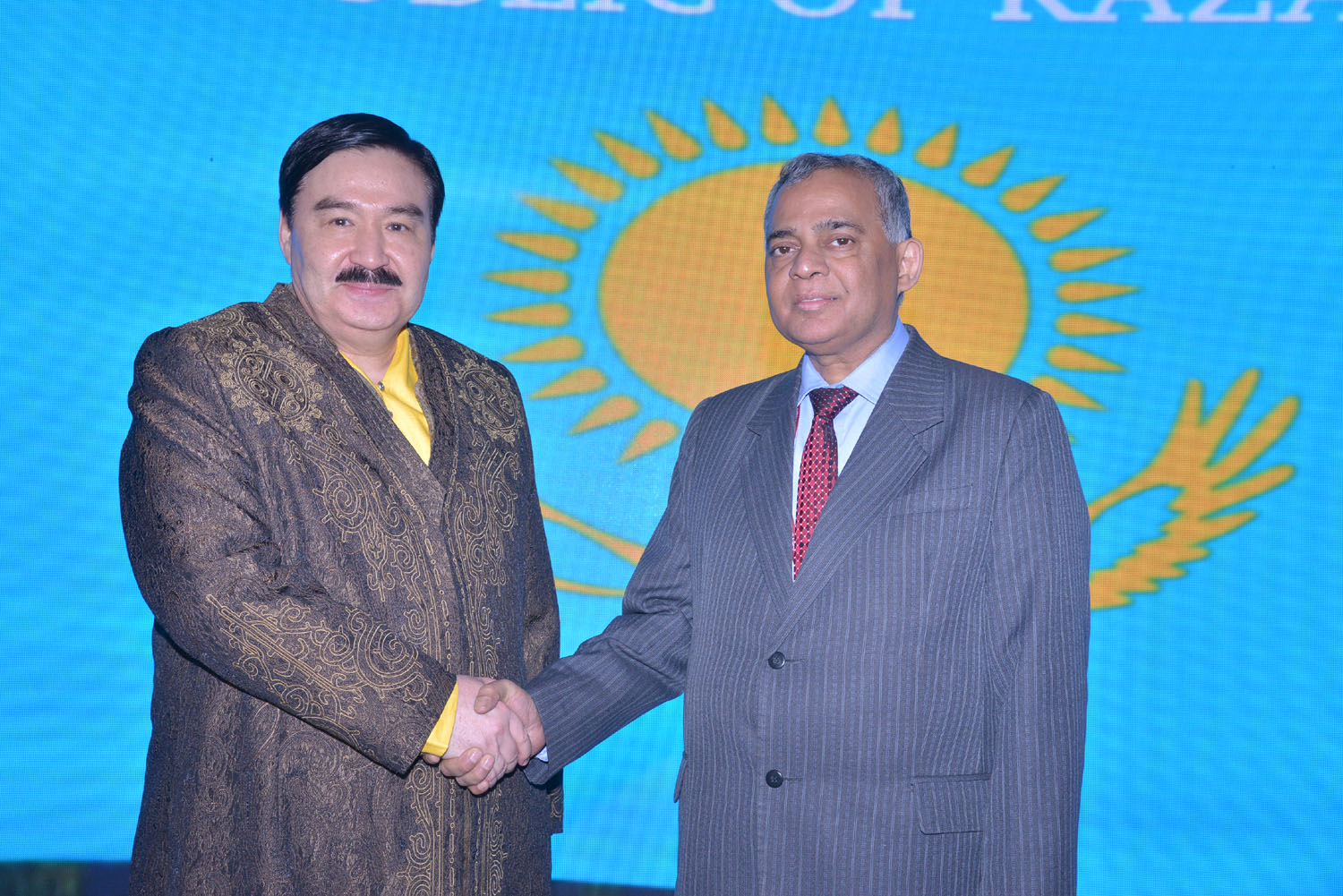 Participants were really impressed with the architectural appearance of Astana and the beauty of Kazakhstan’s nature which were demonstrated in a number of movies during the event.

The festive atmosphere of the event was complemented by the dishes of national Kazakh cuisine offered to guests.