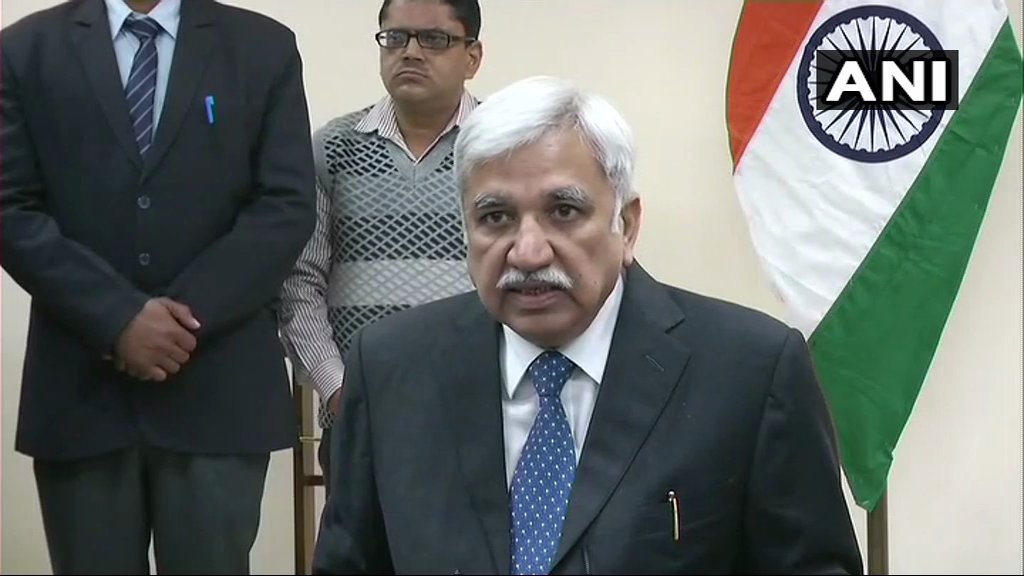 Sunil Arora, in New Delhi, took charge as the Chief Election Commissioner (CEC) of India. He is replacing O P Rawat who retired on Saturday.

President Ram Nath Kovind appointed Arora as new CEC on November 26. He will be in office till October, 2021.

“The Election Commission of India (ECI) has begun preparations for the coming Lok Sabha elections next year, which we are committed to conducting in a free and fair manner,” he said.

ALSO READ: Cameras at EVM strongroom in MP failed for over an hour, admits EC

“Our first and foremost priority is to give the country fair, credible, free, impartial and ethical elections,” Arora added.

An IAS officer of Rajasthan cadre of 1980 batch, Arora is the senior most officer in the Election Commission. He has previously served as the secretary of Information and Broadcasting and Secretary in the Ministry of Skill Development and Entrepreneurship. He also worked in different other ministries and departments such as Finance, Textiles and Planning Commission.