Buenos Aires: While G20 Summit is underway in Argentina, India presented a nine-point agenda to G20 member nations calling for strong and active cooperation among them to comprehensively deal with fugitive economic offenders.

The agenda was presented by Prime Minister Narendra Modi in the second session of the G20 Summit on international trade, international financial and tax systems. 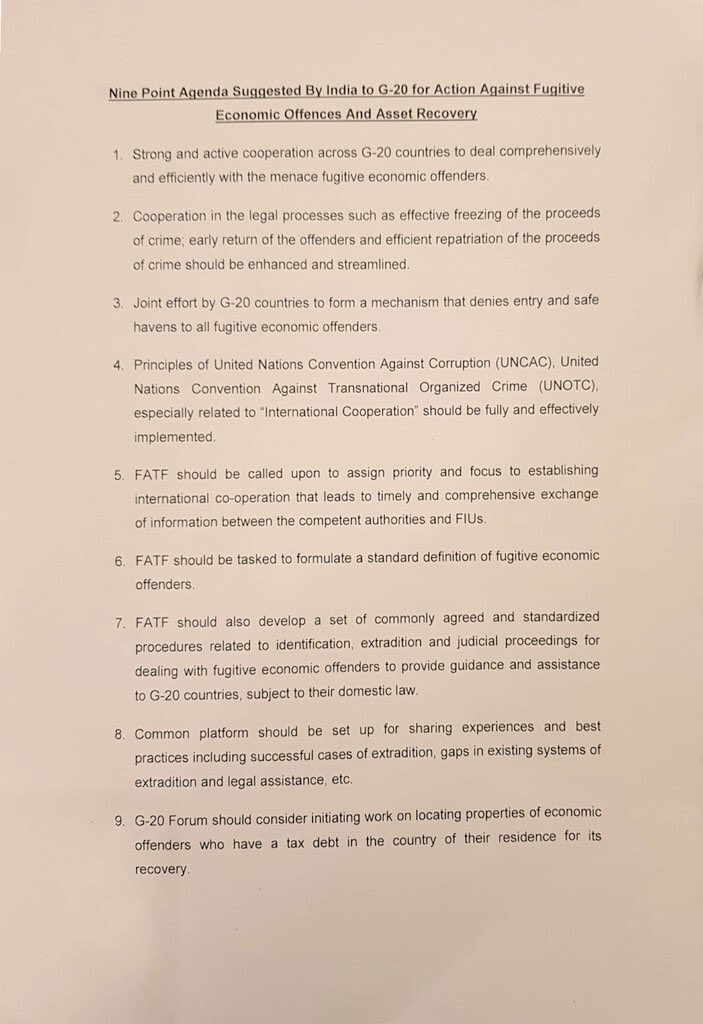 India also called for joint efforts by G-20 countries to form a mechanism that denies entry and safe havens to fugitive economic offenders.

India suggested the Financial Action Task Force (FATF) should be called upon to assign priority and focus to establishing international cooperation that leads to timely and comprehensive exchange of information between the competent authorities and financial intelligence units.

“FATF should be tasked to formulate a standard definition of fugitive economic offenders. FATF should also develop a set of commonly agreed and standardized procedures related to identification, extradition and judicial proceedings for dealing with fugitive economic offenders to provide guidance and assistance to G-20 countries, subject to their domestic law,” it said.

India also advocated setting up of a common platform for sharing experiences and best practices including successful cases of extradition, gaps in existing systems of extradition and legal assistance, etc.

It said the G-20 forum should consider initiating work on locating properties of economic offenders who have a tax debt in the country of their residence for its recovery.